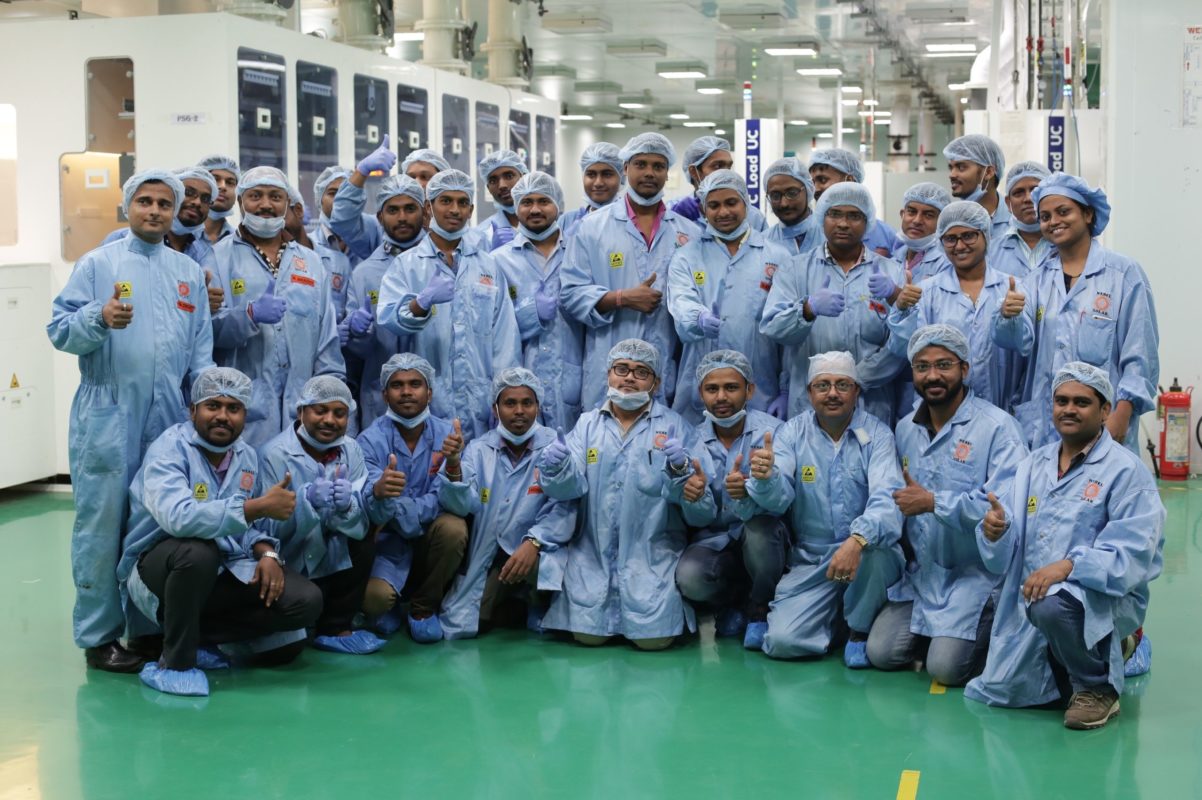 Following recent announcements from the government departments administering India’s solar PV growth ambitions, the country is now in the process of working out how to expand its domestic upstream manufacturing capacity, at a time when the PV industry is going through a period of rapid technology-change and supplier competition.

Having been through various (albeit at reduced levels) manufacturing capacity expansion phases over the past couple of decades, it really is crunch time for prudent decision-making across both domestic and overseas investors, seeking to move India finally to manufacturing powerhouse status.

The article discusses the opportunity and challenges involved for India to realize the addition of 5-10 GW of new cell and module manufacturing capacity, now being spelled out through a combination of domestic content requirement (DCR) and manufacturing-linked supply-arrangements designed specifically to create a risk-free sales pipeline to stimulate multi-GW levels of annual cell and module production within India.

The timing of the government-body announcements over the past few months is particularly relevant to PV-Tech’s inaugural PV IndiaTech 2019 conference that takes place in Delhi on 24-25 April 2019. This article previews the conference themes, companies lined up to speak, and how such an event has the potential of educating not just the entire Indian solar segment, but also overseas investors and manufacturing/technology suppliers that are lining up to benefit from the capex uptick from 2020 onwards.

India has a heritage in solar cell manufacturing that predates the first major industry growth phase, and well before the days of GW-level global end-market deployment. Government-owned and domestic-run conglomerates such as Bharat Heavy Electricals Limited and Tata epitomised early PV fervour: the JV cell facility operated by Tata BP Solar in Bangalore was at the time one of the most eagerly-tracked manufacturing sites of global industry observers.

Indeed, anyone glancing at MNRE’s compendium of cell producing companies in recent years can see almost all of the early cell manufacturing advocates still listed, despite the fact that very few are running lines today in any competitive manner.

Two other mini expansions booms have occurred within India during the past 15 years. The first one (dating back to before 2010) was stimulated by the goal of exporting cells to module producers outside India. The second phase was prompted by the National Solar Mission’s stimulus in domestic module supply to installers and EPCs, and was accompanied by the market-entry of pure-play module producers, some of whom expanded to the GW-level.

Few, if any, within India, would be bold enough to assign these investment phases as being successful. The reality that unfolded saw a vibrant end-market dominated by Chinese and Southeast Asia produced modules flooding into the country, almost regardless of nominal import duties that were contemplated in order to artificially inflate domestic cell and modules sales prices.

The two major rounds of capacity expansions have also seen different subsets of production equipment suppliers benefiting from the spending cycles. The earlier expansion phase was characterized by turn-key lines being supplied to the country. The more recent phase saw specific European (mainly German and Italian) and Chinese tool suppliers being chosen, almost in a carbon-copy manner across different companies/facilities, with much of the technology advice again coming from European (German) origins, akin to a remote turn-key design/consultancy service.

Virtually everything installed during these phases, and in particular the most recent phase, was unfortunately based upon Al-BSF p-multi cells, at a time when the signs were clear within China that billions was being invested into mono and PERC. Fast-forward to today – and aside from any other cost/performance benefits associated with Chinese manufacturers – India now has several cell fabs using yesterday’s technology choice. Part of Adani’s GW expansion was afforded to mono, and these lines can be regarded today as the most advanced across the whole of India.

It is highly unlikely that the same approach to expansions will be adopted within India when things start anew from 2020 onwards. Indeed, the entire way that investors assess factory cost and technology metrics has to move from passive-caution to informed-progression; being much more educated about solar manufacturing trends is simply a must if India is to succeed third-time around in creating multi-GW of viable cell factories.

Benchmarking and reality-checking is an essential start-point

It may seem obvious that any investor seeking to formulate a new multi-billion dollar investment should undertake good sector benchmarking, but the solar industry is littered with investments that have been done on the back of fact-devoid hype and through wholly misunderstanding the gap between R&D results and GW factory operations.

A similar narrative can also be assigned to investments that have stoically followed the status-quo of the day, by merely adding more mainstream technology, but in a different country (as India did exactly in its last expansion phase). It is not necessary to be a technology expert, but thinking that copying the current mainstream offering today – and taking 2 years to build a factory – will result in anything other than tears is simply naïve.

India’s new expansion aspirations come at a fascinating point in PV technology change, with the industry having shifted from 80% p-multi Al-BSF cell production to 60% p-mono PERC (with optional bifaciality) in rapid time. Huge investments are pouring into n-type technologies, with many voices suggesting that existing p-mono producers need to adapt to n-type production with passivated contacting at the rear. Others are pushing the adoption of heterojunction lines, if full differentiation is needed, and especially if the expansion is linked to greenfield projects, often the case with new market-entrants.

Even among the multi-GW cell producers of today, there is much debate, with few willing to commit fully to just one technology in the near-to-mid-term. Of course, each has a strong preference, and the market today has only just shifted to p-mono PERC being the mainstream technology offering.

This is entirely a new landscape for investors to absorb, and has evolved very quickly in just 12-18 months. Good due-diligence while having some kind of flexible technology route is perhaps the most sound advice that can be offered within the India context today. For others, simply having an exit strategy to avoid throwing good money after bad may be the most prudent strategy.

As the announcements have come out from government departments over the past few months, we have received increased levels of requests from the industry about focusing the scope and content of our inaugural PV IndiaTech 2019 event on addressing many of the questions raised earlier within this article.

Many have cited the need for a substantially higher level of awareness and knowledge from the new types of organizations and institutions that are currently hoping to benefit in the post-DCR world from 2020 onwards. What is state-of-the-art today for cell and module production costs and efficiencies? How flexible does production need to be for multi/mono and mono/bifacial? Is it essential to move direct to n-type or can a viable cell/module business be effected today with p-mono bifacial module supply?
And behind all this also is the need to understand the role of materials used in cell/module assembly, such as glass, backsheets, etc., and what is needed by way of test/inspection, certification and bankability due-diligence.

Clearly, a range of domestic and overseas companies from wafer-supply to module-testing fall into the target group of key stakeholders set to attend PV IndiaTech 2019. However, two other groupings need to both hear and feed into all the suggestions on how India needs to spend its money on building the multi-GW of new cell/module factories from 2020 onwards.

The first is everything-governmental, as perhaps the institution with most to win (and most to lose) through erroneous technology and supplier selection. The other massive input however comes from project developers, EPCs, O&Ms, portfolio owners, and asset managers. Like-it-or-not, these parties are going to have to get accustomed to site builds and ROI analysis, where a significant part of the owned/operated assets is coming from domestic-produced cells/modules. Those sitting with a near-100% portfolio of assets using low-cost, low-grade (by China standards) 72-cell p-multi modules are the ones with most to learn, and hopefully to benefit from if all goes to plan!

More detailed information on confirmed speakers, partnering companies and other features happening at PV IndiaTech 2019 can be found at the event website here.

The two-day event includes 11 sessions, with 3-4 companies speaking within each session. The session titles are shown here now:

There are still a few remaining speaking and partnering slots available for the event, and anyone interested should get in touch with us ASAP using the contact routes here.

An allocation of exclusive partner/organized VIP tickets has also been created, to ensure the event has the perfect mix of guest participants. Interested parties falling within this category should also get in touch with us as soon as possible.

Similar to our PV CellTech and PV ModuleTech events, the conference will be covered on our PV-Tech web portal. Much more to follow from myself and others in the team leading up to, and after the event.

11 October 2022
PV CellTech Extra will be held as a series of live webinars and on-demand sessions on 11-13 October 2022. We'll be taking a slightly further forward-looking view at the technologies and roadmaps for new cell architectures set to dominate mass production during 2023-2025 with special emphasis on the potential timelines for technologies beyond the single-junction cell design, including perovskite and hybrid concepts.
c-si manufacturing, india, pv indiatech 2019, pv modules, pv power plants, solar cell