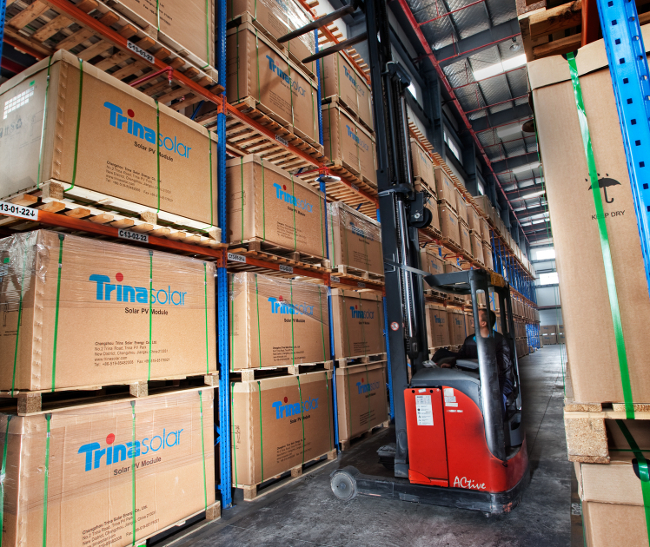 UPDATED: India’s Directorate General of Trade Remedies (DGTR) has recommended imposition of a safeguard duty on imports of solar cells from China and Malaysia over a two-year period, starting at 25% in year one.

In year two of the duty, it would be reduced to 20% for the first six months and to 15% in the final six month period. It would also apply to imported cells that are already assembled in modules or panels.

DGTR said the aim is to “prevent complete erosion” of India's solar manufacturing base.

A source from one of the petitioners told PV Tech that there are two more steps to be taken for the recommendations to become law: “The Standing Committee of Safeguards will meet, in which there are several representatives of the government, and they will then decide on this recommendation. Once their decision is taken then they will send the necessary paperwork to the Ministry of Finance who will issue the customs notification for making it law.”

Vinay Rustagi, managing director at consultancy firm Bridge to India, told PV Tech that the process has been going on for a very long time and the expectation is that a final decision would be announced very soon unless someone again appeals against the decision (as happened when Shapoorji Pallonji took the recommendation of a provisional safeguard duty to the Chennai High Court earlier this year).

Ever since the original safeguard duty recommendation, there has been uncertainty over whether product from Indian manufacturers whose facilities are in Special Economic Zones (SEZs) will be subject to the safeguard duty.

Bridge to India's latest release stated: “There is no relief provided to SEZ-based units including Mundra, Vikram and Waaree. These ‘domestic manufacturers’ would be subject to duty when they sell modules in the domestic market unless they are given a special dispensation by the government. But the domestic manufacturing industry excluding SEZ-based players can barely meet 5% of total domestic demand.”

However, Neeraj Chhabra, a research fellow at DGTR, Ministry of Commerce, told PV Tech that in this latest recommendation, SEZ units will be exempt from the safeguard duty as long as the solar cell was made in India.

Rakesh Tiwari, CFO, Mundra Solar, a unit of Indian conglomerate Adani, told PV Tech that the recommendation looks to the Customs Tariff Act for guidance. The Act guides on the movement from SEZ to parts of India that are outside SEZ’s, also known as Domestic Tariff Areas (DTA).

However, PV Tech has received various commentaries that suggest some parties also have different understandings of the latest issuance. Another Indian firm, Vikram Solar, which assembles modules in an SEZ, said there was still ambiguity in the matter.

Gyanesh Chaudhary, MD and CEO, Vikram Solar, supplied the following statement to PV Tech: “It should be noted that if safeguard duty is imposed without exempting SEZ to DTA removal, it will affect the domestic manufacturing industry adversely as 3,825MW out of 8,898MW of installed capacity of solar modules is based in SEZ and 2,000MW out of 3,164MW of installed capacity for solar cells is based in SEZ.

“If Government wants to impose safeguard duty, it should exempt SEZ to DTA clearance of solar cells and modules from the ambit of SGD, otherwise it will lead to counterproductive results and destroy the domestic manufacturing industry which is already in bad shape.

“Or otherwise Government of India should come out with a specific exemption by restricting safeguard duties imposition to input costs (which is subject to duties of safeguard) for all SEZ to DTA clearance to accord equal protection to units in SEZ and DTA. Imposition of safeguard duties in the current manner will make SEZ units uncompetitive and will force them to shut their operations.”

Meanwhile, Vinay Rustagi said that the DGTR has only said that it is not able to recommend duty protection for SEZ units because of their legal constitution and various prevailing laws. It has however left a window open for other government authorities to deal with this decision.

Discussing the overall recommendation, Rustagi said: “It’s a very disappointing and fraught decision. The period of duty is obviously only two years which is very hard to understand because that is just too short for any new capacity to be set up. By the time any new manufacturer comes on stream, he will not be able to get any benefit under safeguard duties and I doubt any existing manufacturers will have the cash flow or the wherewithal to make any substantial benefit out of this.

“At the same time, it is going to be very, very harmful for the developers because of the whole test of negotiating a pass-through and expecting Discoms to take on the extra cost. To me it seems like a self-defeating exercise, without any meaningful outcome.”

Some solar tenders now include a pass-through option on the tariff in case of any change in the statutory laws like the imposition of an anti-dumping or safeguard duty on the solar PV modules.

Regarding the overall decision, Mundra Solar's Tiwari said: “We are delighted. That is going to save the domestic industry and we are looking forward to it. From our point of view it is a very balanced approach the government has taken to keep in view the interest of all the stakeholders, but we wanted a bit higher rate to be applicable.

“Even in the US the starting rate was 30% and here in the case of India, the injury margin is much higher than what it was there in the US.”

Adani is now hoping that the Ministry of Finance will raise the percentage to the range of 40-50% in its final notification.

The ISMA was still going through the DGTR’s recommendations at the time of writing and was unable to provide comment.

DGTR’s conclusions before reaching its recommendations were as follows:

A 75% safeguard duty was originally recommended by the Directorate General of Safeguards Customs and Central Excise in January, but in line with expectations, the latest recommendation has seen a rationalisation to a far lower duty.

Sunil Rathi, director, at Indian manufacturer Waaree Energies, said: “The current proposal from the DGTR comes as a relief and further strengthens our faith in the Government's support towards Indian manufacturers. Imposition of 25 per cent safeguard duty will provide the necessitated boost to solar cells and module manufacturers. We believe it will help achieve the required energy security in the country, and motivate players to become active partners, as India transitions towards becoming a renewable energy reliant country.

“Given a conducive environment, Indian manufactures are capable of innovation, product efficiency and quality. Safeguard duty is bound to ensure an even playing field for both domestic and imported products. We also foresee this initiative to help in more investments on R&D and disruptive technology.”

Article updated to include comment from Gyanesh Chaudhary, Rakesk Tiwari and Sunil Rathi of Vikram Solar, Mundra Solar and Waaree Energies, as well as a statement from Bridge to India.