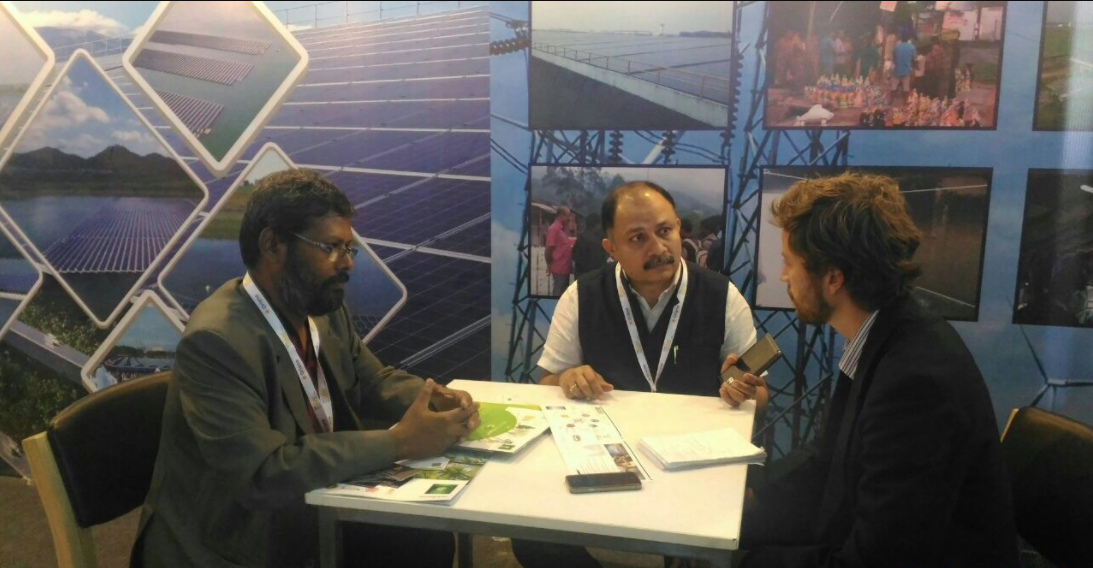 Plans are in place for a 160MW solar, wind and storage project in the Indian state of Andhra Pradesh, while a smaller scale demonstration project experimenting with multiple technologies is being developed for Kerala.

SECI is providing some investment with backing from the World Bank and the plant will be located inside a new solar park in Anantpur in Andhra Pradesh. This will be the largest such system in India.

Elsewhere, a tender for a large-scale, hybrid solar-wind-storage demonstration project in the Indian state of Kerala is due to be issued with one month, according the state nodal agency for the Ministry of New and Renewable Energy.

Speaking to PV Tech at Intersolar India 2017, Dr Harikumar Ramadas, director of the Agency for Non-Conventional Energy and Rural Technology (ANERT), said the technology demo would be located at Ramakkalmedu, including 3MW of solar, 4MW of wind, and battery storage.

Deliberately situated in a tourist zone, there are plans to launch a training centre on site, allowing the public to view the system and witness the performance evaluations and studies.

Ramadas said ANERT has already secured 40 hectares of land and a tender for project development is expected to be floated in the next month. The project, expected to require INR160 million (U$2.4 million) investment, already has administrative sanction from the government for its first phase. The whole programme is envisioned to take 2.5 to 3 years.

Ramadas said the inverters will have an “indigenous” design from CDAC. Then Trivandrum-based Kerala government-affiliated electronics manufacturer KELTRON will be fabricating the inverter designed by CDAC.

On the storage front, ANERT will be collaborating with CECRI and most of the system will use lithium-ion, with the rest dedicated to sodium sulphide (NAS), and then lithium ferro phosphate if possible.

ANERT in partnership with Kerala Renewable Energy Entrepreneurs and Promoters Association (KREEPA) will also be heading outside India to the Middle East next year to launch an investor meeting, where both organisations will campaign for investment from non-resident Indians.

G. Sivaramakrishnan, joint secretary, Kerala Renewable Energy Entrepreneurs and Promoters Association (KREEPA) said there is a huge amount of water bodies in the state, which can be used for floating solar. Pilot projects are under way, with a couple of projects are already delivered including at Wayanad.

Among others, the major initiatives of ANERT include installation of solar power plants in government buildings, arrangements with local self-governments for providing subsidy to those in need. It will also look to partner cooperative banks for providing financial support to install renewable energy systems and to give Viability Gap Funding (VGF) for innovative projects on a megawatt-scale undertaken by State public sector undertakings (PSUs).