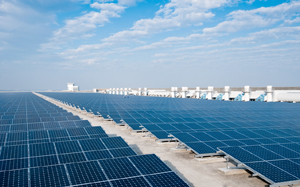 The Bureau of Energy, Ministry of Economic Affairs has set an annual install target of 500MW as it looks to reach 8.7GW by 2030.

The potential for solar power in Taiwan received a further boost with the Democratic Progressive Party winning the weekend’s election.

The party is firmly against the construction of a controversial fourth nuclear power plant that was halted after mass protests. With the island prone to earthquakes, the party’s “nuclear free homeland” stance was emboldened by the Fukushima accident in Japan. Candidate Tsai Ing-wen became Taiwan’s first female president with 56% of the vote.

Taiwan's energy imports currently stand at 98%, according to the US Energy Information Administration.