IRENA: Green energy boom could be world’s ticket out of pandemic-driven recession 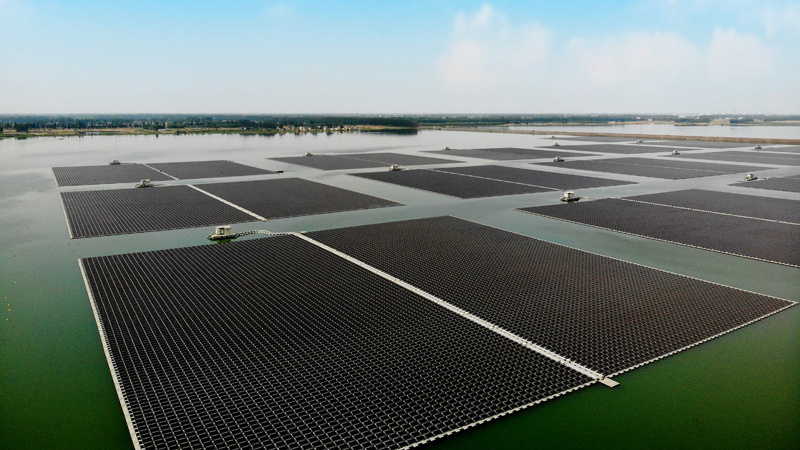 The world could unlock a hundred-trillion-dollar boost to global GDP and millions of new jobs by 2050 if it makes renewables the centrepiece of the COVID-19 recovery, the IRENA has said.

A boom of solar, energy storage and other technologies would “pay for itself” and help the world turn the page from the severe recession economists are forecasting as the pandemic squeezes the global economy, the agency argued in a new report.

The analysis, out today, estimates the “renewables-based” decarbonisation shift would require investing up to US$130 trillion overall between 2016 and 2050, up from the US$95 trillion already planned at present. For every US dollar spent, IRENA believes the world would recoup three to eight, however.

According to the agency, funding green energy, energy efficiency, electrification and other areas at the levels it is proposing would boost global economies by 2.4% by 2050 compared to status-quo policies, adding a whopping US$98 trillion to worldwide GDP by mid-century.

The benefits, IRENA argued, would extend beyond economics. The agency estimates that what it defined as “welfare” – economic but also environmental and social – would rise 13.5% thanks to the renewable push, delivering 70% CO2 emission cuts, cleaner air, better health and others by 2050.

“The crisis has exposed deeply embedded vulnerabilities of the current system … By accelerating renewables and making the energy transition an integral part of the wider recovery, governments can achieve multiple economic and social objectives in the pursuit of a resilient future that leaves nobody behind”—Francisco La Camera, IRENA’s director-general

The transformation IRENA advocates for would involve sweeping changes across five areas: electrification of the energy system; flexible, storage-backed renewables; conventional green energy such as hydro power; green hydrogen; and the fostering of innovation.

To fully reap the economic, environmental and social benefits the agency promises, the world would need to, by 2050, majorly boost (see below) the renewable generation share current policies are pushing it towards.

The required green energy ratio would differ across the different regions, ranging from Sub-Saharan Africa’s 95% to Latin America and the Caribbean’s 93%, East Asia’s 90%, the European Union’s 86%, North America’s 85% and the Middle East and North Africa’s 53%.

Flexibility through energy storage is another cornerstone of IRENA's energy transformation. By mid-century, stationary systems would have to reach a global 9,000GWh (up from an estimated 30GWh in 2019), coupled with 14,000GWh-plus (up from 200GWh) from electric vehicle batteries.

Renewables, solar, storage: Where the world is heading, where it needs to be

The calls for a green COVID-19 recovery have been gathering steam as COVID-19 tightened its grip on the planet, pushing economies to the brink of recession. Whilst partially sheltered thanks to the essential status of energy generation, solar has felt the impacts of lockdown measures.

The fallout from shuttered factories and stranded workforces has perhaps been most visible in the US, where players have suffered sizeable job losses and muted growth prospects after the sector was excluded from the country’s largest federal COVID-19 aid package so far.

IRENA’s new roadmap argues investing in green energy could lay the foundation for job gains elsewhere. Investing in the volumes it is proposing would create 16.3 million additional renewable jobs by 2050, but also 13.3 million in the broader energy sector and 6.5 million across other sectors.

The renewable workforce the agency believes is possible by 2050 – nearly 42 million people worldwide – would, again, be dominated by solar. The industry could employ nearly 19 million by that year, followed by bioenergy (14 million), wind (six million) and hydro power (2.7 million).