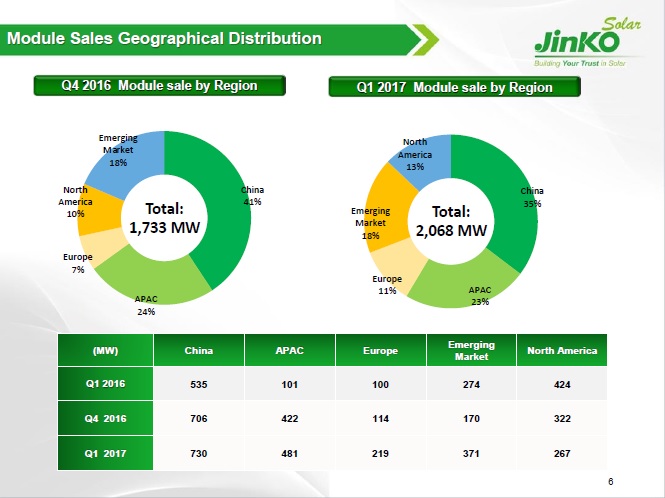 JinkoSolar said that the loan agreement was worth JPY4.1 billion (US$36.7 million). Management had noted in its recent first quarter analyst earnings call that it expected Japan would continue to provide ‘considerable demand there over the next few years.’

JinkoSolar had reported APAC region module shipments, which included Japan to have reached 481MW in the first quarter of 2017, up from 101MW in the prior year period.