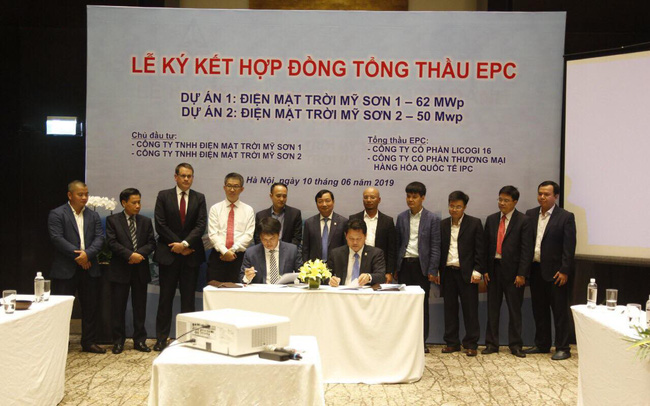 Two large-scale plants are poised to break ground in Vietnam’s south after the formal launch of a joint venture in recent days.

EPCs IPC-TECH and Licogi 16 inked earlier this week the contract to build the 62MW My Son 1 and 50MW My Son 2 projects in the Ninh Thuan province.

According to the signatories gathered in Vietnam capital Hanoi, the duo will require total investment of VND2.3 billion (US$98 million).

Their construction should commence this month and wrap up before the end of the year, paving the way for the annual supply of 170GWh in renewable power.

Once delivered, the duo looks set to breathe further life into an already budding pipeline of large-scale PV in Vietnam.

Roll-out of projects is being helped along by feed-in tariff schemes but also hindered by grid constraints, with the Ninh Thuan province facing some of the worst congestion.

Initially a player in the steel market, IPC-TECH has since diversified into other segments and claims to be Vietnam’s top EPC contractor for renewables.

The My Son duo aside, the firm’s solar portfolio includes three other projects under construction – 50MW, 30MW, 15MW – and a separate 50MW plant the firm provides O&M services to.