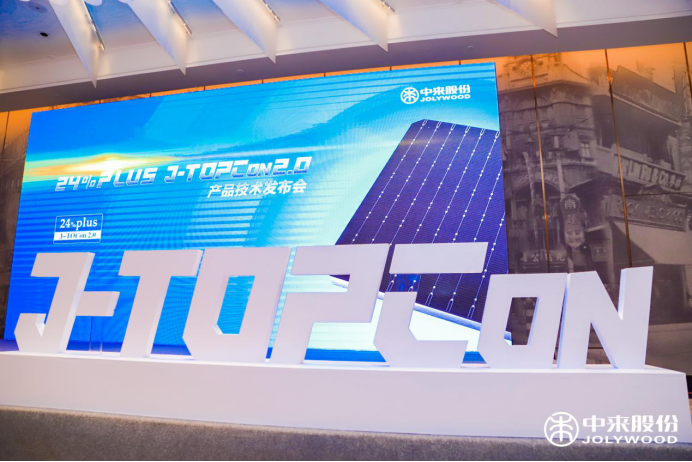 This is also key to reducing process steps and production costs, while increasing process tool throughput, according to Jolywood.

The company said it was rare for Chinese firms to successfully innovate new coating processes for introduction into mass production.

The thickness of various coating can be controlled by ±0.1 nanometers, and higher conversion efficiency as the fill factor (FF) is improved and the yield rate increased by 2%.

Lin Jianwei, founder of Jolywood recently told PV Tech that the company was likely to hit 24.5% conversion efficiencies by next year.

TOPCon cell efficiencies are expected to peak at 28.7%, then replaced with tandem cells (Perovskite/Silicon) that reach over 32% conversion efficiencies.

HZB and a team of European researchers have set a new perovskite and silicon tandem cell efficiency record of 28.15% at the beginning of 2020, surpassing Oxford PV’s record of 28.0%.

11 October 2022
PV CellTech Extra will be held as a series of live webinars and on-demand sessions on 11-13 October 2022. We'll be taking a slightly further forward-looking view at the technologies and roadmaps for new cell architectures set to dominate mass production during 2023-2025 with special emphasis on the potential timelines for technologies beyond the single-junction cell design, including perovskite and hybrid concepts.
c-si manufacturing, china, jolywood suzhou sunwatt co, monocrystalline wafer, solar cell, topcon