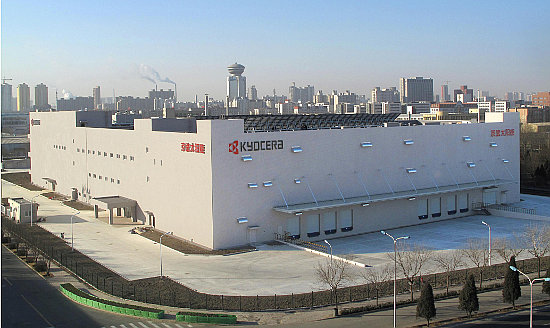 Kyocera Corporation a multinational electronics and related components manufacturer has made a significant US$459 million impairment charge on long-term polysilicon supply contracts, as well as downsizing its solar operations in the US, which were the primary reason for its Life & Environment Group (solar PV included) reporting a large operating loss in fiscal 2018.

Kyocera noted in recently reporting fiscal 2018 full-year results that it’s Life & Environment Group reporting an operating loss of around US$482 million, due to a US$459 million impairment charge on long-term polysilicon supply contracts. Kyocera had changed the classification of its reporting segments from the year ended March 31, 2018.

Kyocera also reported a revenue decline in its Life & Environment Group, due to downsizing of its solar energy business in the United States and lower sales in its key solar energy market of Japan.

Kyoera expects the Life & Environment Group sales to decline slightly in FY 2019, which was forecasted to be around US$1.01 billion, or a 1.1% decline.

Struggling major China-based PV manufacturer, Yingli Green Energy has recently been forced into arbitration at the London Court of International Arbitration (LCIA) by a major polysilicon producer over a long-term ‘take or pay’ supply contract with damages claimed to be US$897.5 million.

More recently, SolarWorld AG had been ordered to pay US-based polysilicon producer, Hemlock Semiconductor damages amounting US$793 million plus costs and interest for not complying with a long-term take or pay contract in May, 2016. The company filed insolvency proceedings without reaching an agreement through mediation in May 2017.