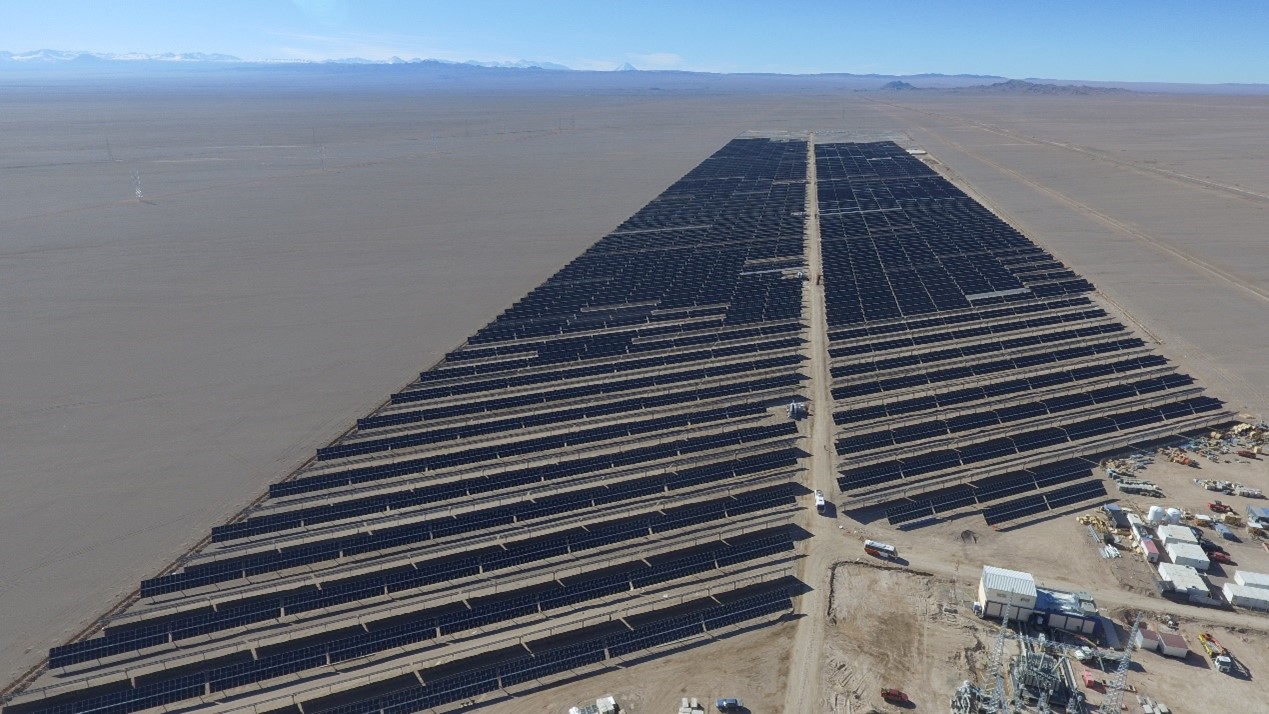 LONGi has completed delivery of 101MW of bifacial panels to a utility-scale solar array coming forward in Chile’s Antofagasta region.

The project, which has been developed by Global Power Generation, a subsidiary of Spanish utility Naturgy Energy, is expected to begin commercial operations next month.

Solar Module Super League (SMSL) member LONGi has provided nearly 235,000 bifacial modules for the project, which will be mounted to Soltec SF7 bifacial trackers to maximise yield in what is quickly becoming one of the world’s solar hotspots.

Blessed with some of the highest irradiation in the world and naturally cooler due to its high altitude, Chile’s Atacama desert is now host to some of the world’s largest bifacial solar array and the destination of many prospective projects to come.

Earlier this year Chile awarded contracts to a slew of project developers as part of a 2.6GW solar tender, many of which are to come forward in Antofagasta, the region of Chile in which the Atacama desert is situated.

An article in PV Tech Power volume 24, published earlier this month, explored the results of bifacial yield modelling at the ATAMOSTEC project, located in Antofagasta. The article can be viewed in full via the PV Tech Store.

LONGi penned the module supply contract with Naturgy in October last year, describing the project as a “major breakthrough” for both companies’ prospects in the region.

“The cooperation between LONGi and Naturgy will inject new momentum into the development of PV industry in South America,” Dennis She, senior vice president at LONGi Solar, said.