Masdar, DEWA to break ground on 800MW phase in Dubai 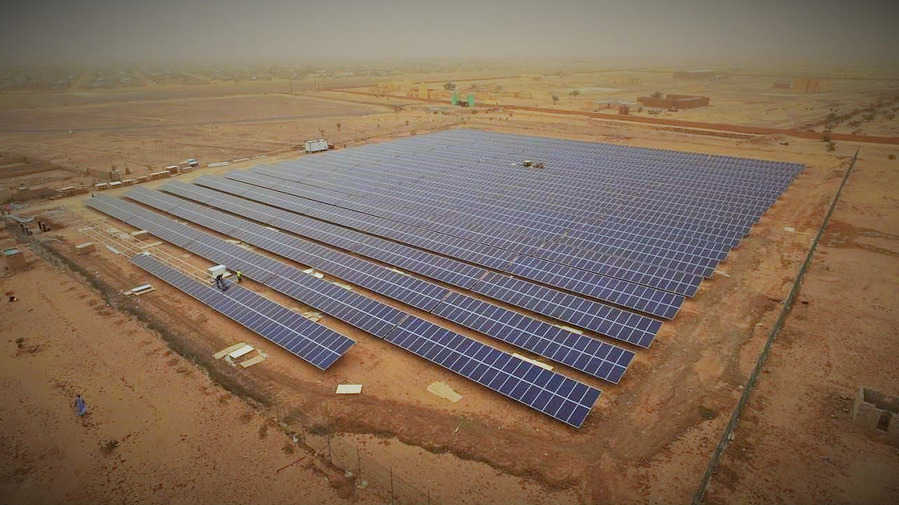 UAE company Masdar announced Tuesday that construction on the 800MW phase three of the Mohammed bin Rashid Al Maktoum Solar Park in Dubai is expected to begin at the end of January 2017.

The announcement was made at Abu Dhabi Sustainability Week (ADSW) 2017 following the award of the engineering, procurement and construction (EPC) contract for the project.

A Masdar-led consortium was selected in June 2016 by Dubai Electricity and Water Authority (DEWA) to develop what will be the world’s largest solar park on a single plot upon completion.

The EPC contract agreement has been awarded to an international consortium led by specialist renewable energy contractor GranSolar of Spain, alongside Spanish specialist Acciona and Ghella of Italy.

Saeed Mohammed Al Tayer, MD & CEO of DEWA, said: “The agreement with Masdar supports the directives of His Highness Sheikh Khalifa bin Zayed Al Nahyan, President of the UAE, and his brother His Highness Sheikh Mohammed bin Rashid Al Maktoum, Vice President and Prime Minister of the UAE and Ruler of Dubai, to support the growth of the promising clean energy sector, and our efforts to achieve the Dubai Clean Energy Strategy 2050, launched by His Highness Sheikh Mohammed bin Rashid Al Maktoum to diversify the energy mix so clean energy will generate 7% of Dubai’s total power output by 2020, 25% by 2030 and 75% by 2050.

“The directives of His Highness are the roadmap that guides our ambitious initiatives and development projects. The agreement also supports the Dubai Plan 2021 to promote sustainability and happiness in Dubai, and achieve the aspirations of its citizens and residents, and DEWA’s vision to become a sustainable innovative world-class utility.”

Construction of the 16 square-kilometre third phase expansion of the Dubai Solar Park will commence in three stages. The first 200MW stage is expected to be completed by the first half of 2018 and the next 300MW phase is due in 2019, with the final 300MW piece to come online in the first half of 2020.

The Mohammed Bin Rashid Al Maktoum Solar Park is expected to displace an estimated 6.5 million tonnes of carbon dioxide per year upon completion in 2030.

Mohamed Jameel Al Ramahi, CEO of Masdar, added: “This important milestone is a clear demonstration of the strong momentum behind the expansion of Mohammed bin Rashid Al Maktoum Solar Park, now including partnerships with GranSolar, Acciona and Ghella – respected international companies with a strong track record in renewables. At Masdar, we are proud to be supporting the UAE in realising its bold clean energy targets, and we are grateful for DEWA’s excellent leadership in this benchmark project.”