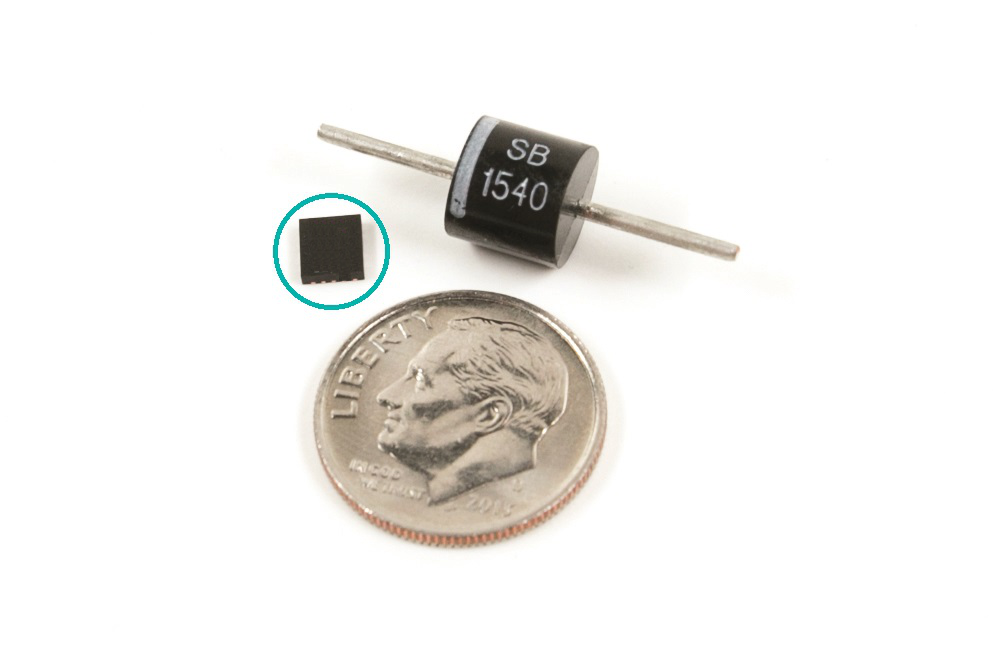 Unlike conventional bypass diodes, solar cell optimizers do not bypass weak cell strings. Using bypass diodes in solar a solar panel that experiences shading/soiling at any point within a string limits the maximum current rating to the lowest performing cell in the string.

Maxim's cell-string optimizers are highly integrated DC-DC converters that replace the bypass diode and perform maximum power point tracking (MPPT) of the PV panel (from 6 to 24 cells). By replacing each diode (three) with a MPPT device, the on-off response to performance mismatch is eliminated; every cell-string contributes maximum power without interfering with the power production capability of others. This enhanced degree of flexibility leads to increased energy production; eliminating collateral performance loss due to module mismatch, degradation, soiling, localized shading, and row shading loss mechanisms. A PV system designer can reconfigure a system design to allow for more inter-row shading that is claimed to deliver 10 to 20% more energy density than a conventional system design. Effectively, the system can maintain the same kWh/kWp as a conventional system, but with higher ground coverage ratios. System designers can also accommodate differing string lengths, multiple orientations, and different module power levels.