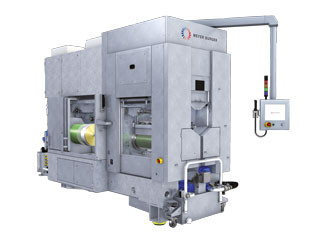 The new order was said to have been placed by an existing customer in Asia. The DW288 Series 3 tools would be used for producing high performance monocrystalline silicon solar wafers, according to the company, with delivery and commissioning scheduled for the second half of 2016.

The equipment company had recently announced an order worth around US$22.5 million order from Russia-based integrated solar module manufacturer, Hevel.

14 March 2023
PV CellTech will be return to Berlin on 14-15 March 2023 and looking at the competing technologies and roadmaps for PV cell mass production during 2024-2026.
monocrystalline wafer, solar cell