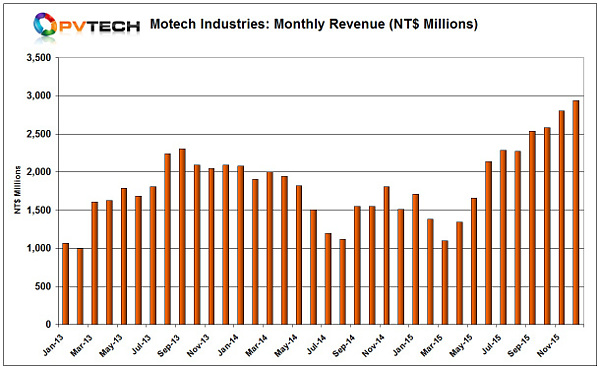 Motech had merged with rival Taiwanese solar cell producer Topcell Solar International (TSI) since June 2015 and has benefited from improving margins and higher shipments, which topped 737MW in the third quarter of 2015.