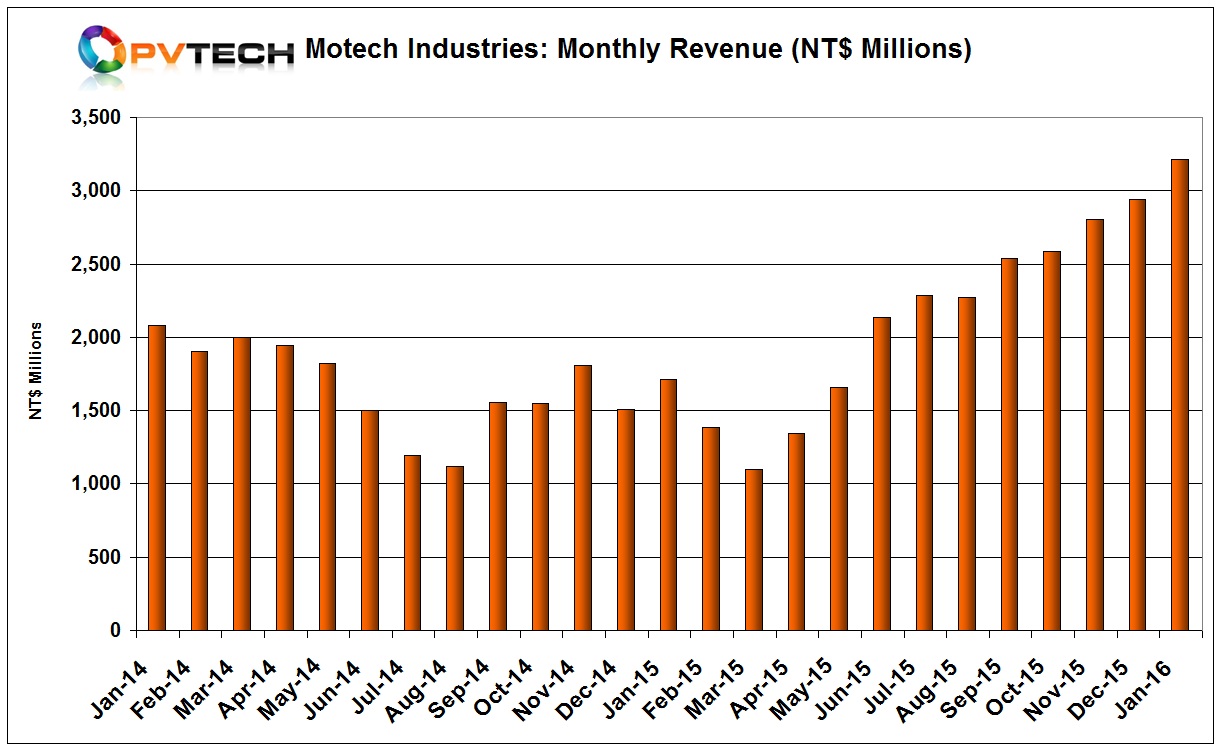 Motech had merged with rival Taiwanese solar cell producer Topcell Solar in 2015 and started PV module capacity expansions in China to meet downstream third party demand in the largest solar market, which has reported official PV installations of over 15GW in 2015.