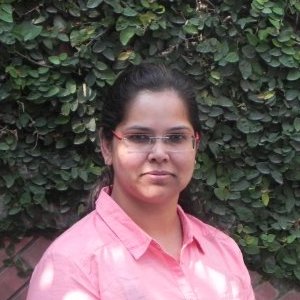 To support domestic manufacturers, the Indian government has historically mandated a part of the solar capacity addition using domestic modules. A financial incentive has also been available for new manufacturing facilities, with up to 25% of capital cost subsidised under the Modified Special Incentive Package Scheme (M-SIPS) of the Ministry of Communications and Information Technology. Despite these support mechanisms, India has not been able to attract significant investments in the sector.

The Indian government is now planning to announce a new solar manufacturing policy, which aims to offer Viability Gap Funding (VGF), a financial subsidy, to companies setting up integrated manufacturing facilities so that they can compete on an even level with their global counterparts. We understand that the policy also envisages providing a ‘reasonable’ module offtake assurance for 5-7 years. The ‘Make in India’ initiative already recognizes solar manufacturing as an industry having “strategic importance”.

With the imminent implementation of Goods and Services Tax (GST) in 2017, domestic solar manufacturers will also get a level playing field with overseas manufacturers. Currently, a domestic manufacturer pays a Countervailing Duty (CVD) of 12% on raw material and cannot claim tax credits because solar modules are exempted from excise duties. Further, a Value Added Tax (VAT) of about 5% in most states is levied by state governments on domestic manufacturing. VAT is not applicable on imported modules for direct imports. In such a scenario, GST implementation will restore tax parity between domestic and overseas manufacturers.

With these favourable developments, it is expected that several new players which have previously announced their solar manufacturing plans will now expedite their plans. Adani Group plans to invest US$2 billion in developing a 3GW solar manufacturing plant over a three-year period. The company also plans to enter polysilicon production at a later date. Trina Solar is also planning to invest US$200-300 million in a manufacturing facility in Andhra Pradesh. The company plans to manufacture 700MW of cell and 500MW of module line capacity. Meanwhile, existing domestic manufacturers like Vikram Solar also plan to expand their module manufacturing capacity. We believe that several other companies including Shapoorji Pallonji, Lanco, Waaree, Emmvee are seriously reviewing prospects of similar investments.

Booming local market and a supportive policy framework should ensure substantial solar cell and module capacity addition in India in the next three years. Whether Indian manufacturers can compete with large Chinese suppliers on the global stage is yet to be seen.