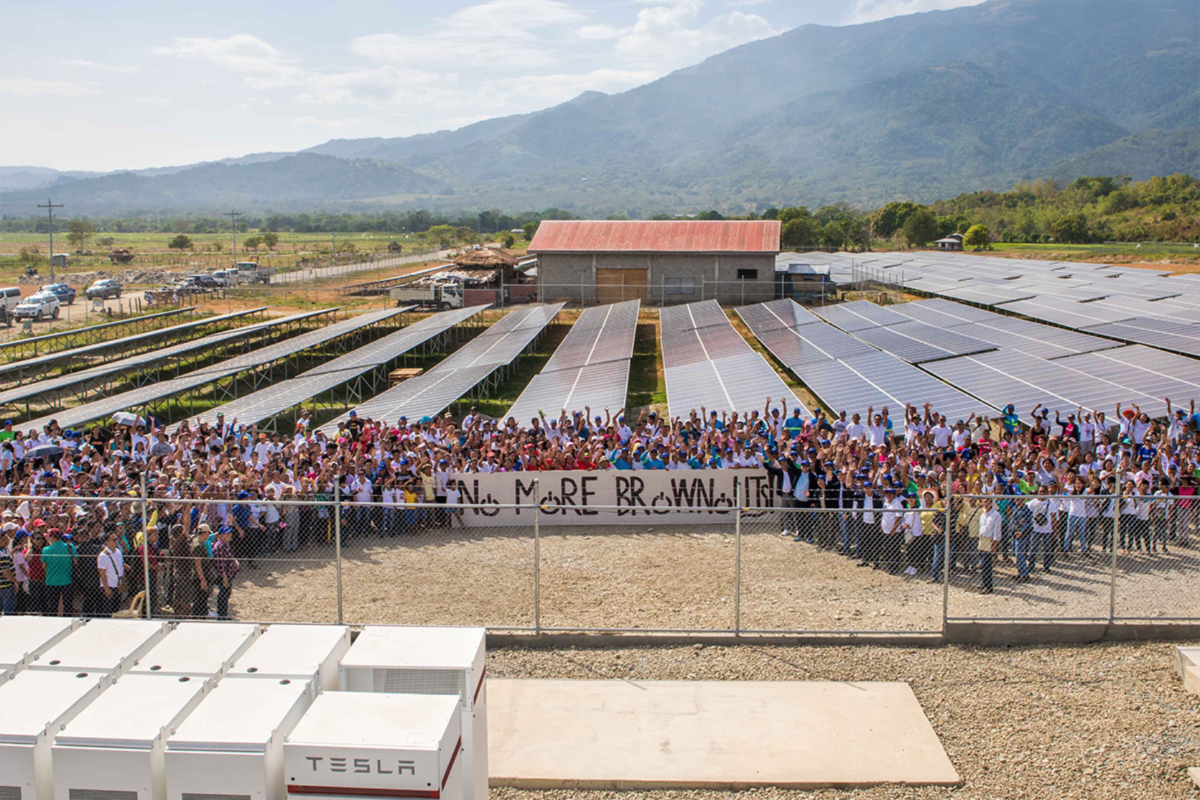 The mini-grids deliver low-cost electricity to consumers at zero cost to the government in towns that have never before received adequate electric service.

An estimated 200,000 Filipinos will benefit from these projects, in provinces including Mindoro, Palawan, Masbate, Cagayan, and Aurora.

“We hope all other stakeholders will likewise support such initiatives for the DOE to achieve its vision of ending energy poverty by 2022,” said Leandro Leviste.

In March 2018, Solar Para Sa Bayan installed Southeast Asia’s largest solar-battery minigrid for Paluan, Mindoro, bringing 24/7 power for the first time in the town’s history. This was the first project in Asia to feature Powerpacks from US-based battery and EV supplier Tesla.

“It is sad to learn of towns where development has been hindered by the lack of reliable electricity. We hope our projects, in towns such as Lubang, Dumaran, Claveria, Calayan, and Dingalan will help communities reach their full potential, and we are working overtime to ensure every town in the Philippines will enjoy the best service at the lowest cost as soon as possible,” said Leviste.

The Department of Energy (DOE) estimates that over 2.3 million Filipino households still remain without electricity, while many more experience regular blackouts and among the highest rates in Asia.

27 August: The African Development Bank (AfDB), the Nordic Development Fund and other partners have committed US$58 million to support the Off-Grid Energy Access Fund (OGEF) that focuses on energy access.

The Fund is part of the US$500 million Facility for Energy Inclusion (FEI) debt platform that mobilises funding for innovative energy access strategies.

OGEF has been designed to provide flexible debt instruments to companies in the household energy access sector, including distributors, manufacturers, and end-user credit providers.

28 August: Energy access coalition Power for All has launched a new Platform for Energy Access Knowledge named ‘PEAK’, which its claims to be a first-of-its-kind interactive and open resource for organising data on energy access to focus efforts on the world’s un-electrified populations.

In a release Power For All stated: “There is no comprehensive, easy-to-use inventory of the current, critical data needed to advance energy access. To achieve universal energy access we need to address this ‘information use gap’, and the PEAK (beta) platform offers a direct solution.”

The PEAK (beta) platform integrates a select portfolio of open-access applications to help process, sort and catalogue publicly-available reports and data, to make synthesis easier for a broad user audience.