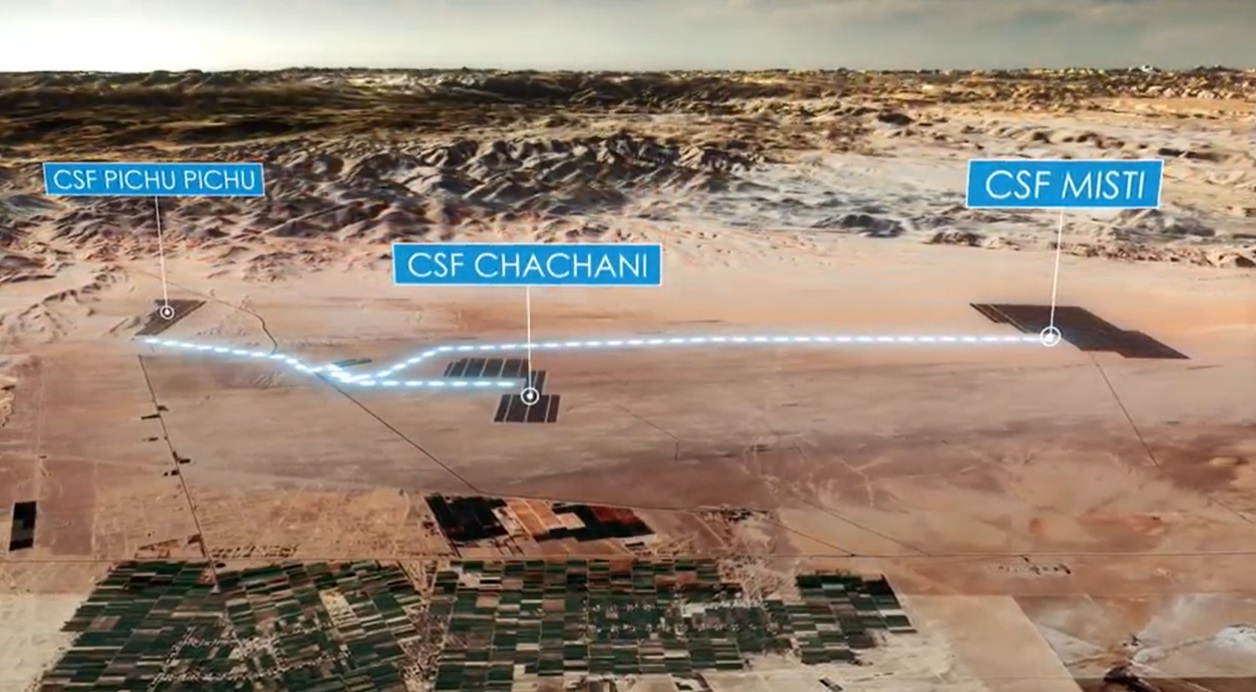 Peru has waved through two large-scale solar projects Spanish firm Continua Energías Positivas is looking to develop in the southeast, bringing a boost to PV during the new energy minister's first week in office.

In a statement this week, the company said the government has now authorised its Chachani PV project (100MW) and the Pichu Pichu venture (60MW).

The 160MW duo – set to require US$200 million in overall investment – are set to join a third 300MW plant Continua wants to deploy in the same area of the Arequipa region.

Founded in Spain in 2004, Continua deployed in 2005 what was billed as the European country’s largest PV project at the time – a 10MW plant in Soria – and followed this with others in Galicia, in the country's northwest.

Having chosen Peru in 2012 as the home for its first Latin American plays, Continua's current 460MW push in the country is a partnership with Trina Solar.

The location for all three – Peru’s Arequipa region, along its desert coast – is seen by consultants as a global PV irradiation hotspot, together with Chile’s Atacama Desert just to the southeast.

The green light to the new 160MW of PV came in the week Peru’s Energy Ministry replaced its top official.

On Thursday, Susana Vilca Achata was sworn in as Peru’s new minister for energy and mines, replacing an incumbent who resigned after only four months of tenure.

Appointed last October, Juan Carlos Liu Yonsen stepped down after reports emerged that he had provided consulting services for a Brazilian conglomerate – Odebrecht – at the centre of what has been dubbed “one of the biggest corruption cases in history”.

The Pacific state is part of a Latin American coalition working towards a 70%-by-2030 green energy target, and could witness a sweeping increase of installed PV capacity through a separate, upcoming project.

The so-called Solar Sunny scheme, a 500MW venture by Kallpa Generación, received the go-ahead last April to carry out feasibility studies in Peru’s southeast, near the city of Arequipa.