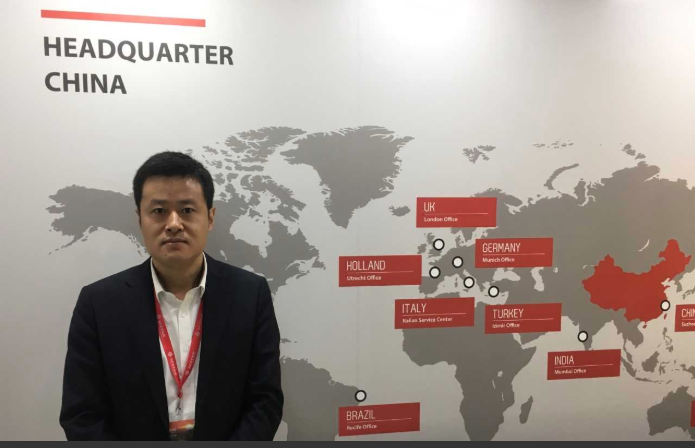 What's the biggest challenge of supplying to the Indian market?

Ron Shen: India has a big market and it's quite special because for suppliers there, you are not just facing very big competition on the pricing side, but also the climate conditions are very tough. A lot of customers here are also very professional so they require you to go through very strict technical evaluations and you will have to do some customisation of products in order to meet their requirements. So it’s a big market, but also it’s somehow like a test bed for the new products where if you can make it through the requirements of India with the best procurers then you can be strong enough to do something elsewhere not just in India. It’s good, it’s like you are going into a big challenge.

India’s rooftop market has moved far too slow to reach its original target, but it seems to be picking up. Is residential rooftop PV finally making an impact?

There are a lot of people talking about residential. We see the business going up but a bit slowly – not as fast as we expected. However, we strongly believe that it’s going to be the trend. Tata Power clearly has the same opinion. It's like China or much of the rest of the world, at the beginning of the solar dynasty, they were full utility-scale, but when the right time comes, more and more people are educated and with grid parity already achieved, then people will go to rooftop also for sure.

That’s the reason why we see that rooftop could be the dominant segment in India in 10 years’ time. We’ve seen a great reduction in the cost of energy storage also so you can see now places like Japan coming back with a storage solution in the residential market.

We were also interested to see big Indian players like Adani use string inverters for big utility-scale projects. It’s a good reference not just to the Indian market but especially for the emerging markets where the labour cost is not that high, because so far the technology really is being developed very fast and the advantage of string inverters is becoming more clear, not only from the service, security and electricity yield point of view but also from the total cost of ownership point of view. It always makes sense to use string inverters even for the big projects.

India’s low auction tariffs have put pressure on module prices. Is there the same price pressure on inverters?

The tariff impact on the inverter is definitely not as big as the modules because we don’t have the additional tariff (the safeguard duty) on the inverters. However, we are still directly impacted by the modules tariff as it can eventually affect the volume of the market. People became cautious, trying to see which will be the way to go. So because of the tariff, the customer also has to consider the total cost of the system. That’s the reason why they are also going to push the whole system cost down and they will also ask for a price reduction on the inverter side too.

While we are under pressure in that sense, to some extent the customers know that the inverter is not really a commodity, it’s something that can really bring them additional value and that's where GoodWe’s drive on technology innovation and the specific features of the product can help in that regard.

On the other side, you also have to try to see which convenient areas you can bring the cost down in order to meet the customers’ demands. We also try to convince customers at the end of the day that they are looking for a product lasting for 25 years and this is the core part of the whole PV system so they should be really seriously looking at the inverter side.