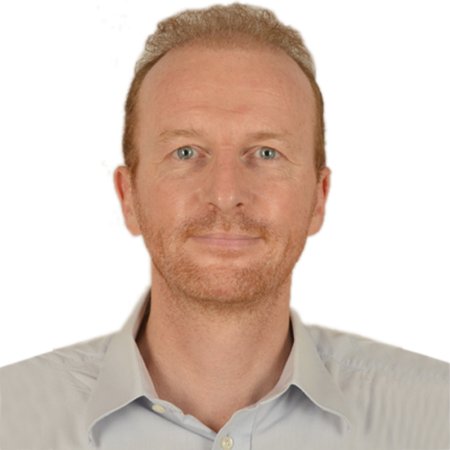 What is the current status of the Indian banking sector and how is this affecting the solar sector?

Gaetan Tiberghien: According to Mercom Capital Group, there has been a dip in debt and private equity funding for the solar sector in the recent quarter. Despite this, we feel that interest from both domestic and international investors continues to be strong.

India’s renewable energy targets require US$100 billion of new investments over the next few years. This does not take into account the investments needed in transmission and distribution.  This kind of money cannot be lent by the domestic lenders alone (the combined loan book of all domestic lenders is approximately US$1.1 trillion and is diversified among all sectors). India needs to mobilize investment from the local capital market and from other countries, including institutional investors and commercial banks.

We anticipate continued momentum in the solar sector due to expected capacity addition of about 5.4GW this year, making it the fourth largest solar market in the world.

Reports suggest no solar developer in India with a tariff below INR5/kWh (US$0.075) has managed to obtain financing to date. Are banks still looking at such tariffs seriously or will tariffs need to go up before financing can happen?

Lending to a low cost producer is usually less risky than lending to a high cost producer. This remains true for solar generation. Since lenders ask for a minimum debt service coverage ratio to be maintained, there is some buffer. The main risks are if winning bidders have made assumptions that are too aggressive (for example, interest rates will only go down; high generation level; short payment cycle; no need for major maintenance; very high transmission line availability) or, worse, if they are sacrificing project quality to reduce costs. So, the lenders need to do a careful due diligence.

The renewable energy sector has experienced impressive tariff reductions, especially in solar, as illustrated by the round of bidding in Rajasthan with the lowest bid at INR4.34/kWh. Some of these tariff reductions have been driven by project efficiencies and lower capital cost. However, another part has been achieved through lower return to the investors. Tariff reductions are good for the sector and the country and additional reductions are desirable as long as they are sustainable. However, a good risk/return balance needs to be maintained in order to attract the huge amount of capital needed to achieve the Indian government’s targets.

Return expectations can be kept relatively low if risks are mitigated and the government has a big role to play in providing a supportive framework with adequate fiscal and/or regulatory incentives to move the renewable market towards a mature self-replicating phase. For example, tariffs are significantly lower when the off-taker is NTPC, which has a very strong credit profile compared to auctions run by state distribution companies (Discoms).

So financial health of Discoms matters and needs to be addressed urgently. We hope that the recently announced UDAY program (basically a new, more comprehensive, restructuring plan) will achieve the expected turnaround. Another key risk is curtailment of solar power. Power Purchase Agreements should include contractual protections for such risk.

Are we starting to see successful sale of solar assets in India and what does this mean for the market?

Some of the renewable energy companies have sold their solar and wind assets to either much larger or global players. We believe that the renewable sector in India is going through a consolidation phase. This can help in faster maturity of the renewable market in the country.

Will developers have to rely on debt or is there a case for equity investments for Indian solar?

There is definitely scope for both debt and equity investments in the Indian solar sector. IFC made its first investment in renewable energy in India in 2007 and a lot has happened since. Renewable energy is almost one-fourth of IFC's infrastructure portfolio in India and is set to grow in the coming years.

IFC also helps mobilize funding from other investors for renewable energy projects. It has taken equity in a number of investee client companies including Azure Power. Our portfolio companies have set up about 3GW of different forms of renewable-power projects in India.

Can a foreign company hope to receive financing without having a local Indian partner?

Foreign ownership does not come in the way of a developer’s ability to get finance. Many major renewable players – such as CLP, Renew, Greenko, Leap Green, Continuum – are entirely or mostly owned by foreign investors and have good access to debt finance.

Many foreign companies entering the sector prefer to do so through local partnerships or the purchase / capitalization of established domestic players because Indian partners bring local experience, and reputation with vendors and lenders. They are also more used to undertaking key activities such as purchasing land, obtaining permits and negotiating with local vendors.

With the development of solar parks (where the land, permits, evacuation, etc. are provided to the developers), the barrier of entry for foreign companies is lower and we expect that more will try on their own.