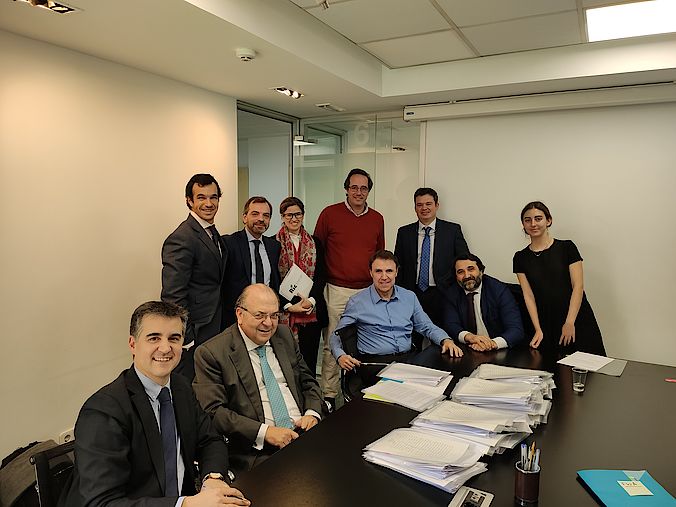 Nearly a gigawatt of solar projects has changed hands in Spain, in a deal billed as one of the largest green energy transactions seen in the country’s history.

Earlier this week, Q CELLS announced the acquisition of a 940MWp package of PV project rights in Spain from RIC Energy, a solar developer headquartered in capital Madrid.

In a statement, Q CELLS said seller RIC Energy will stay behind to help speed up development for the 940MWp PV pipeline to ensure it reaches ready-to-build status by Q1 2022.

Contacted by PV Tech, the firm had not clarified whether the 940MWp will be subsidy-free – nor shed light on component choices and individual project capacity – by the time this story went live.

The transaction is the largest such deal seller RIC Energy has ever completed in the Spanish market, according to CEO José Luis Moya.

“Given the size of our current portfolio, we expect to close operations of similar size during 2020,” Moya said, in comments aired as part of the joint statement alongside Q CELLS.

Based in Madrid’s Paseo de la Castellana, RIC Energy offers services including operations and maintenance and construction, with over 350MWp of PV systems built to date.

At nearly 4GWp worldwide, however, the group’s development work has been a lot more significant.

As for Q CELLS, its move to carve out a slice of Spanish solar project rights is the latest of a long series in Spain, which has gone from Europe’s cautionary tale for subsidy U-turns to subsidy-free star.

Gathered at a recent Solar Media event, industry operators were adamant Spain’s solar momentum will hold, despite challenges including grid chaos and dominance by big players.