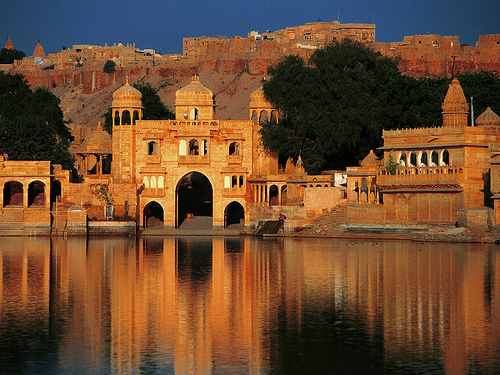 The Rajasthan Renewable Energy Corporation (RRECL) has issued a competitive tender for 113.5MW of small grid-connected solar projects in the desert state.

The group, a ‘nodal agency’ of the Indian government’s Ministry of New and Renewable Energy, is seeking developers to build, own and operate projects capable of producing between 0.5-2MW.

The projects will be installed on the premises of a state-owned 33/11kV substation in Rajasthan, to which they would be interconnected.

RRECL is running the 113.5MW tender alongside a separate exercise, seeking to contract 50MW of rooftop solar projects. The company wants to engage eight rooftop developers to deploy projects with capacities that range 6-8MW each. The deadline for that tender is 3 October.

Rajasthan published a draft solar policy on 22 August which sets out an aim of linking 25GW of grid-connected solar power capacity before the close of the 2021-2022 financial year, one quarter of India’s 100GW target.

The policy proposes to achieve this through the deployment of small decentralised grid-connected solar power projects, rooftop solar projects with net metering mechanisms, off-grid solar, solar-plus-storage, solar parks and through the promotion of solar-powered charging stations and the strengthening of transmission and distribution networks. Stakeholders have until 20 September to submit comments and suggestions about the policy to RRECL.

Achieving the 25GW milestone would see Rajasthan's current capacity increase more than six-fold. The central Indian state has installed 3.5GW of solar PV and a pipeline of 442MW, according to MERCOM.

The central, desert Indian state has attracted the lowest-ever solar tariffs in India. In March, a government-run 750MW solar PV auction in Rajasthan drew lowest bids of 2.48 rupees per kWh ($0.035 per kWh). The previous record holder was the 500MW Bhadla Solar Park, which secured a tariff of 2.44 rupees ($0.043 per kWh) in May 2017.