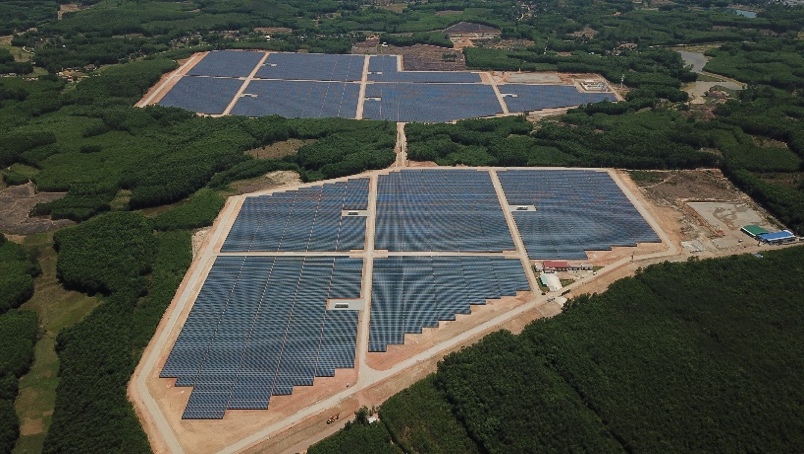 Sharp Energy Solutions has finalised its latest PV project in Vietnam, taking its total installed solar capacity in the country to 340MWdc. Located in Binh Dinh province, the 50MWdc installation will have a power generation capacity of 82,506MWh/year.

Development of the project was carried out alongside Viet Nam Viet Renewable Energy Joint Stock Company, which will oversee operations, as well as NSN Construction and Engineering, the co-owner of the facility.

Its completion comes after Sharp Energy Solutions formed a joint venture with NSN Construction and Engineering last year, a deal that saw the Japanese firm take on 60% of outstanding shares in renewables developer NSN Energy Solution.

Sharp Energy Solutions said it “remains committed” to increasing renewable energy capacity in Vietnam by leveraging the knowledge it has gained from developing other projects globally.

After total installed solar PV capacity increased from 134MW in 2018 to an estimated 5.5GW in 2019, thanks in part to feed-in tariffs, Vietnam’s government announced plans earlier this year to ensure renewable energy accounts for a 15-20% share of the country’s energy mix by 2030.

According to a recent report from Fitch Solutions, Vietnam’s government “remains highly committed” to boosting the country’s renewables growth. Driven by a supportive regulatory environment and increased investor confidence, the consultancy forecasts more than 17GW of non-hydro renewables capacity added in Vietnam by 2029.

The country is due to publish a new National Power Development Plan 2021-2030 in March next year, which is expected to have an increased focus on clean energy.