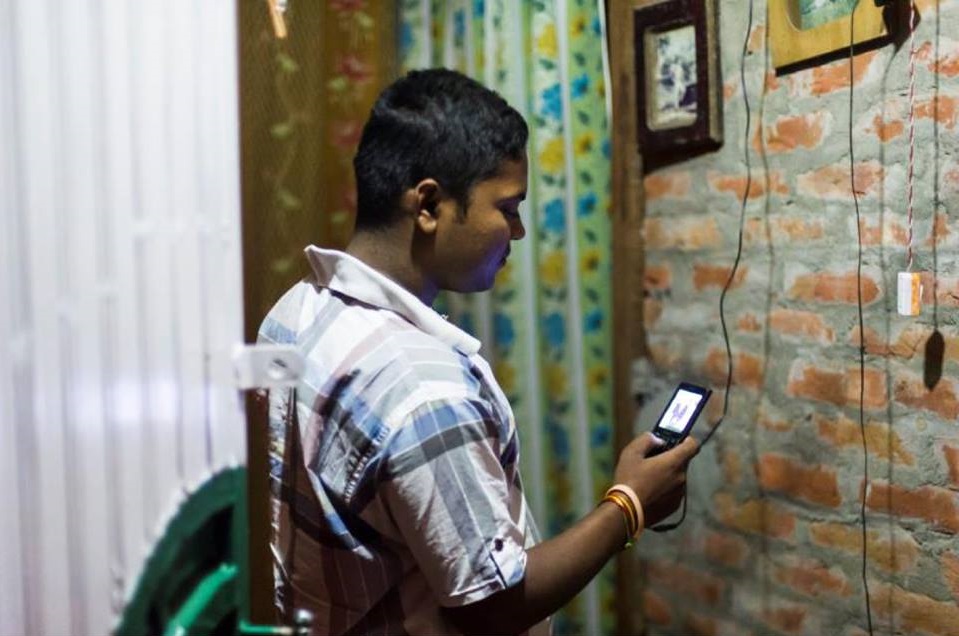 Major oil company Shell and European utility ENGIE are among investors to have pumped US$20 million into Husk Power Systems, a developer of microgrids which is expanding its efforts in Asia and Africa.

Self-described as a “rural distributed utility company” which operates mini-grid installations in emerging markets, Husk is headquartered in Bihar, India and has executed 75 projects in that country, a total of 1.75MW of generation capacity. The company began by delivering biomass gasification using rice husks in Bihar in 2008 and since diversified and expanded the scope of its projects.

Husk’s mini- or microgrid projects utilise solar PV, biomass gasification and battery energy storage to work around the clock. Customers are offered products and services on a ‘pay-as-you-go’ basis via their mobile phones or other internet-connected devices. In a recent interview, another microgrid developer, Powerhive, told Energy-Storage.News that in parts of Africa, so-called mobile money is quickly establishing itself as a key facet of enabling such solutions.

The investment from Shell Technology Ventures, which its parent company claims is the oil and gas industry’s first corporate venture fund, follows Shell’s acquisition of a stake in US solar developer Silicon Ranch Corporation. Back in August 2016, analyst Cosmin Laslau at Lux Research said after rival Total acquired energy storage company Saft that oil majors should jump onto the energy storage market quickly to avoid missing out on future growth opportunities.

ENGIE similarly invested in Husk Power through a separate fund, the Rassembleurs d’Energies impact investment fund which works to develop energy access for all and sees this as central to combating fuel poverty. Just a few days ago, ENGIE, which is majority-owner of US C&I storage provider Green Charge, invested in Connected Energy, a UK company selling stationary storage systems based around reused ‘2nd life’ EV battery packs.

Husk said it wants to “grow rapidly” over the next four years, claiming it could add 300 mini-grids in India and Tanzania in that time, adding up to 15MW of renewable plant assets going online. Around 100,000 customers could be served and around 150,000 tonnes of CO2 emissions could be cut annually.

“We see Husk as a leading player providing reliable and affordable energy to off-grid and weak-grid communities in India and Africa and we believe they have a very credible business model. We believe that decentralised solutions will play an important role in providing productive energy to customers who currently lack reliable power,” Shell’s VP for integrated energy solutions for new energy, Brian Davis, said.

“The private sector plays a central role when electrifying the rural areas of developing countries. We are very pleased to be part of Husk’s expansion, where our long-term capital and extensive experience of evolving sustainable businesses will give multiple effects for the whole society.”