The PV industry has recently witnessed the launch of a new wave of high-efficiency, high-power modules incorporating state-of-the-art technology. As China and other countries around the world embrace grid parity, modules with higher conversion efficiency and output are becoming increasingly favoured by the market.

Amid the accelerated push for higher efficiency and mounting cost pressure, major companies are competing with each other to produce larger modules connected by more cells.

PV Tech visited a number of mainstream module companies at this year's SNEC exhibition in Shanghai to take a closer look at their products, all of which pointed to the fact that the industry has entered the 5.0 era of high-power modules (500W).

One of the companies making such a statement was JA Solar, which exhibited its 800W ultra-high power module (810W), the highest power of all at the show. Meanwhile, perhaps more surprisingly, the second-highest power module (780W) came from Tongwei.

Trina Solar exhibited its 660W ultra-high power module just three weeks after the release of its previous 600W module. According to Trina, the 660W module, with optimised product design, was built upon the 600W version. At the same time Jinko Solar showcased its new generation, high-efficiency 610W Tiger Pro. The conversion efficiency of this eye-catching, tiling ribbon mono module can reach 22.3%. 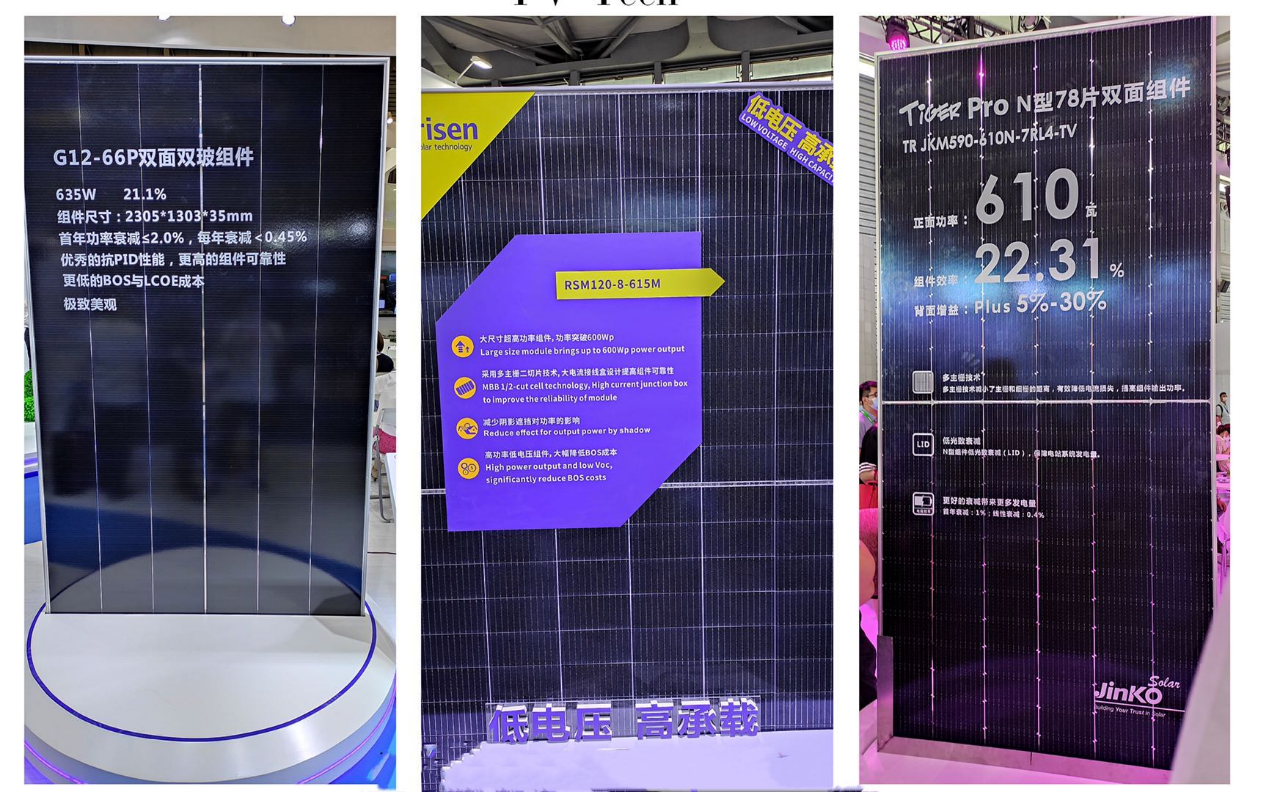 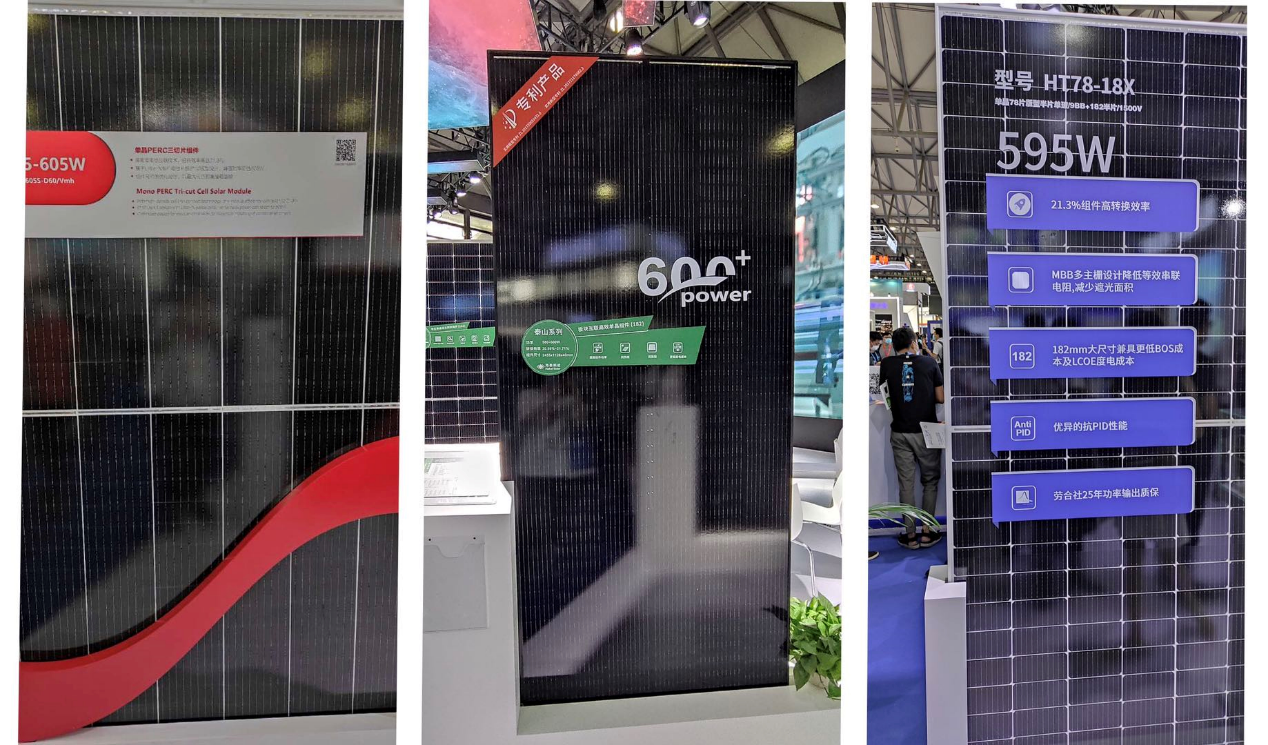 Other manufacturers have also placed technology at the heart of development to jointly drive module power beyond 500W. The recent progress of the supply chain has been marked, given that it was only last year that the industry exceeded 400W and, less than one year later, it has jumped beyond 500W, exceeding 600W in some instances. 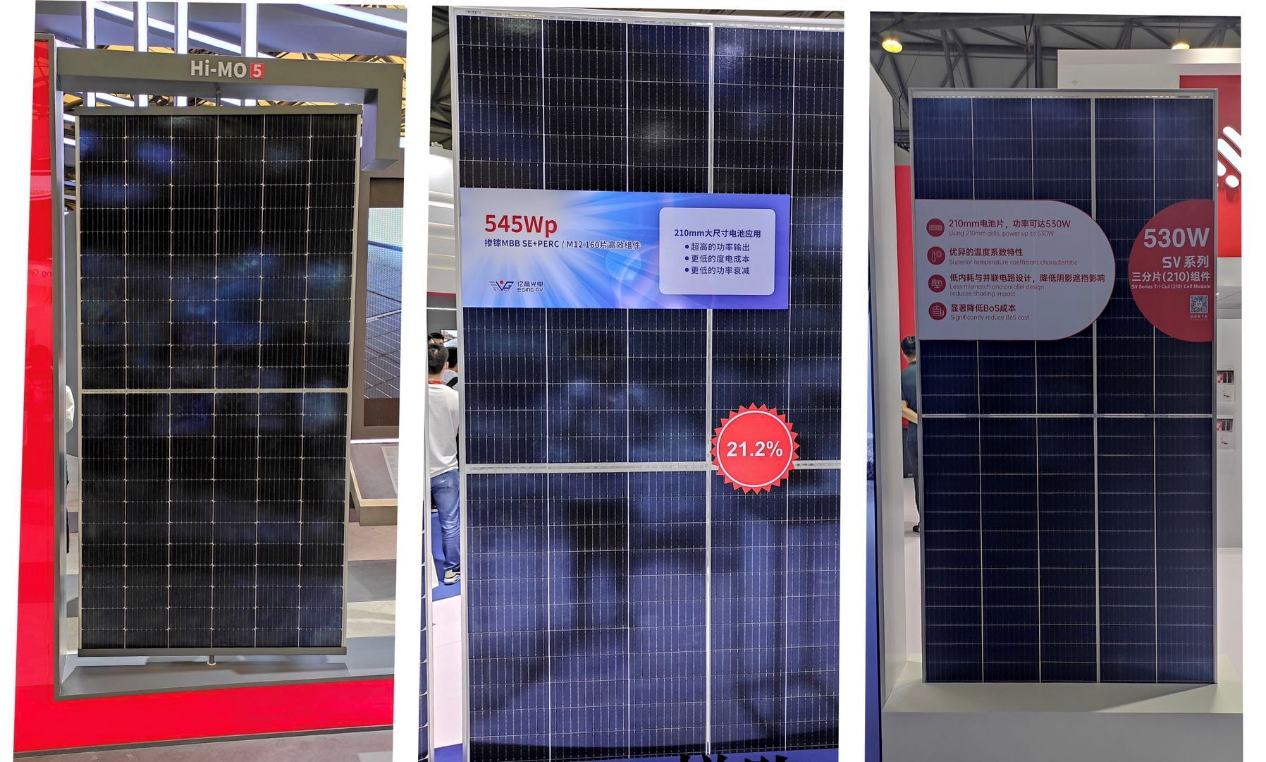 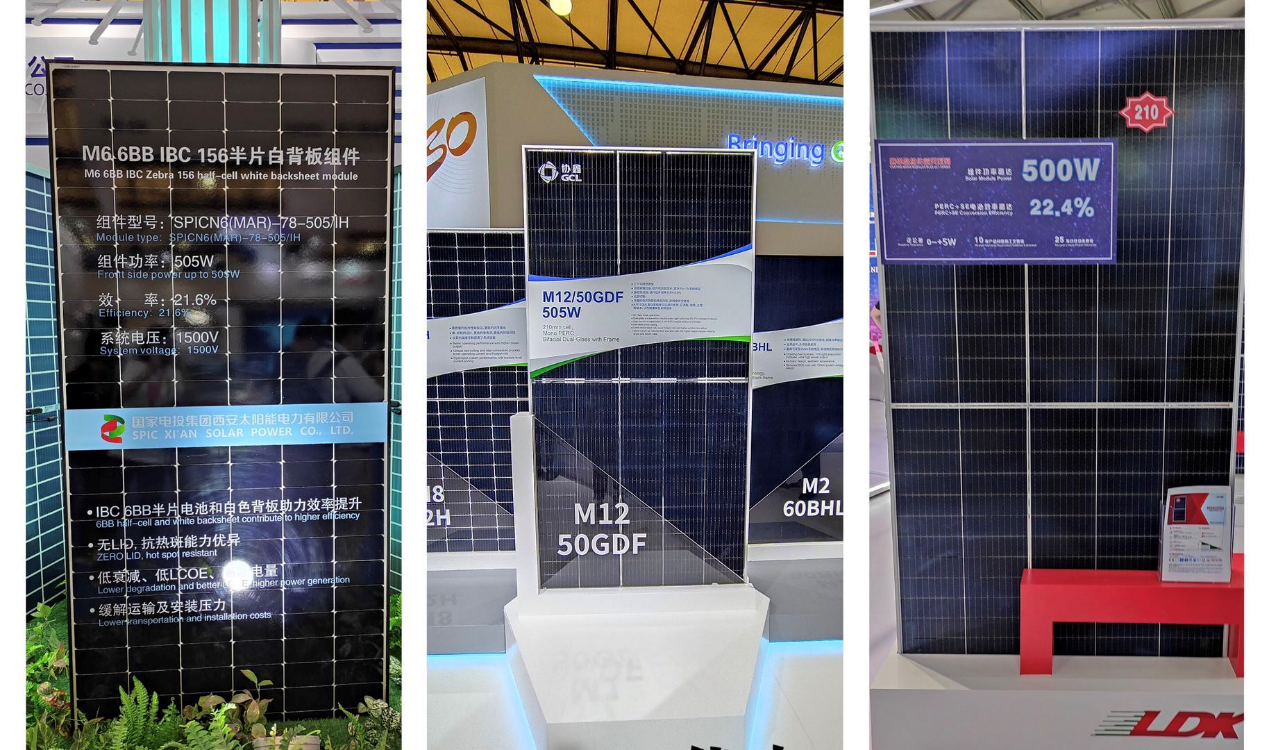 Talesun Solar, Jinergy and others also introduced new featured products at SNEC. The following table details all of the products exhibited at SNEC this year.

It can be seen that the front-side cell efficiency of modules (over 600W) manufactured by mainstream module players is basically above 22.5%, peaking at 23.6%. Module efficiency is between 21.2% and 22.3%.

Compared to 2019, modules exhibited at SNEC 2020 continue to integrate as many technologies as possible. Almost every 500W+ high-power module includes a combination of several technologies. Taking PERC as an example, products that make use of three or four types of technologies, such as ‘PERC+bifacial+half-cut’ and ‘PERC+bifacial+glass-glass+half-cut’ have become the norm. In addition to PERC modules, the number of N-type high-efficiency modules on display has also increased significantly.

A new dawn for BIPV?

What is interesting is that many PV module companies such as LONGi Solar, JinkoSolar, Yingli Green and Talesun, launched BIPV products at this year's show. JinkoSolar introduced China's first coloured BIPV curtain wall made up of five colouring schemes, namely black, blue, purple, red and green. The product’s appearance was different to that of a conventional module. By offering products of aesthetic value, JinkoSolar is planning to open up a new green building market with diversified designs.

The first pre-fabricated BIPV product, which just rolled off LONGi Group’s production line on 13 July, also made its debut at SNEC 2020, officially announcing the company’s entry into the integrated BIPV market.

According to LONGi, the “LONGi Roof” is its latest product, targeting the distributed C&I market. Starting R&D back in 2019, LONGi has designed the product to meet the needs of C&I roof systems and, after just over one year, the production line and the project have finally been commissioned. Produced by LONGi Energy, a subsidiary of the LONGi Group, the series is an important part of the company’s complete industry chain. 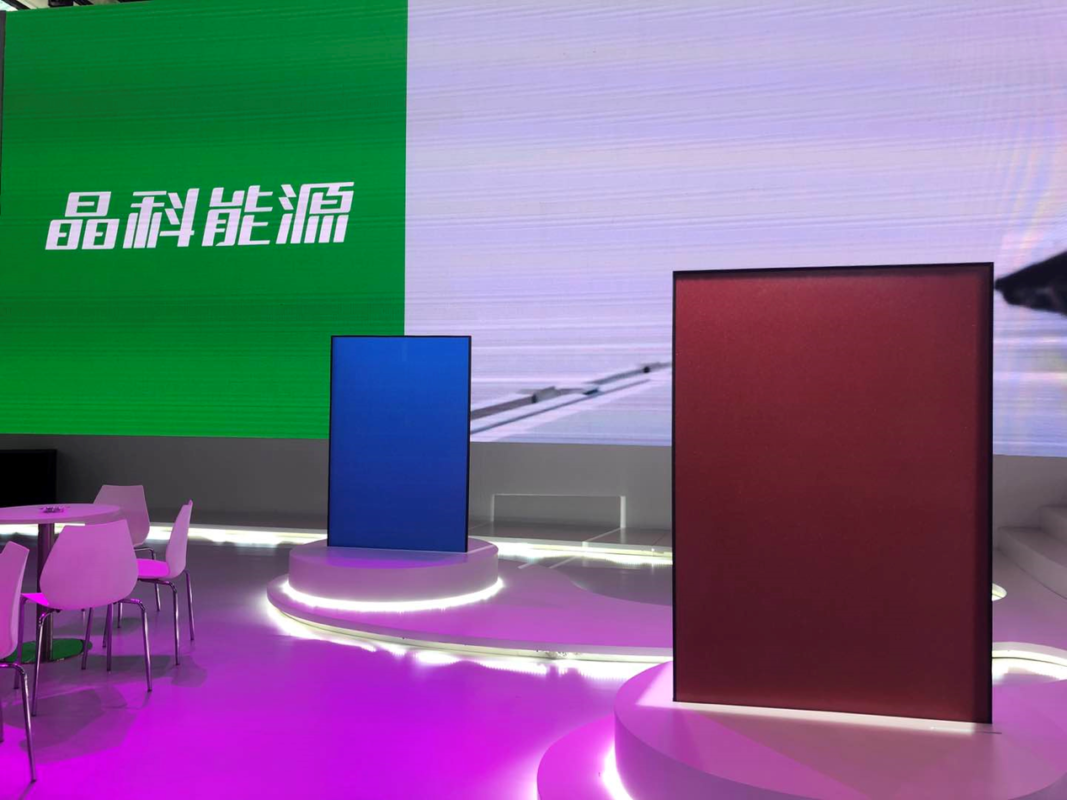 According to data from China’s National Bureau of Statistics and the Chinese Academy of Building Research, the country’s existing building area at present is about 80 billion square metres; at the same time, nearly 100 million square metres of roof area exposed to sunlight are added to the market every year. BIPV will evolve into a trillion-dollar market once applied on a massive scale.

Facing a market of such vast potential, it is hardly surprising that the industry’s top players should be vying with each other to secure their portion of the pie. A concept conceived as early as ten years ago, BIPV is nothing new, however, and has so far failed to make significant progress. It will be interesting to see if, now driven by the industry’s major players, it will set the scene in the future.