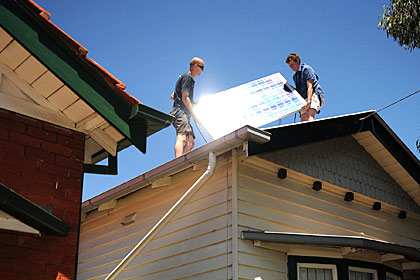 The willingness of politicians to support solar looks set to become a key issue in the forthcoming federal elections in Australia, a poll suggests.

Australia is gearing up for an election most likely in September to October, according to recent comments from its prime minister, Malcolm Turner.

In a survey commissioned by grassroots body Solar Citizens, 63% of respondents said they would be more likely to vote for a party with a policy to ensure solar is installed on every suitable home and on buildings like hospitals and schools.

Storage also garnered strong support, with 60% saying they would vote for a policy that helps people get battery storage so solar can be used around the clock; 59% also said they would support a party with a commitment to invest in large-scale solar and wind.

Solar Citizens national director Claire O’Rourke said the poll demonstrated the public’s desire for a “new chapter” in renewable energy policy. Australia’s previous prime minister Tony Abbott, who was ousted last year, was a prominent climate sceptic and made a number of attempts to scrap or scale back policies supporting solar and other renewables.

“Australians want political leadership that will deliver cleaner, cheaper energy from the sun – and they’re willing to use their vote to make it happen,” O’Rourke said.

“For far too long there has been a disconnect between what Australians want and what our political leaders have delivered. The poll shows Australians know politicians will be listening in the lead-up to a federal election. Australian voters want more ambitious solar policies firmly on the agenda.

“The way we use energy is changing, with families and businesses wanting to harness the power of the sun, store the clean energy for when it's needed and reap the benefits of lower power bills and energy independence.

“A renewables boom is gathering momentum, with the International Renewable Energy Agency (IRENA) estimating renewable energy could deliver $A1.9 trillion of benefits to the global economy by 2030.

“Australians want political leaders who can help our nation become a global leader in renewables and solar, and grab its fair share of the jobs, economic growth and innovation,” O’Rourke added.

The Australian Solar Council has long been campaigning to make solar a vote-winning issue. At the time the Abbott government was seeking to slash the country’s renewable energy target, the council countered by launching a “Save Solar” campaign in marginal seats held by members of his Coalition party, where only a 500-vote swing could have ousted the incumbent.

The Solar Citizens poll suggests that approach could bear fruit in this year’s election.