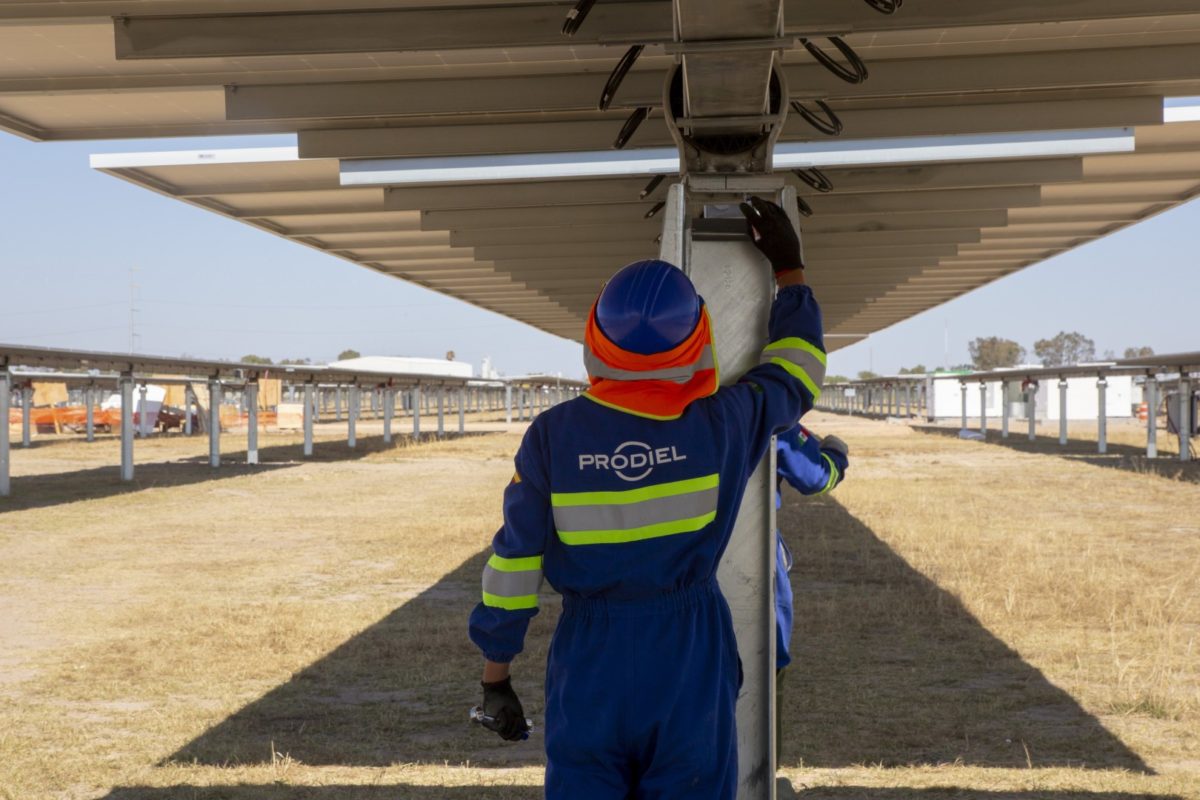 The sponsor of two major subsidy-free solar projects in Spain has identified the engineering, procurement, construction (EPC) firm that will be responsible for delivering them.

Seville-headquartered Prodiel has been chosen by developer Solarcentury to build the 300MW Talayuela plant in Extremadura and 200MW Cabrera in Andalusia, according to a new statement.

The announcement of the EPC deal comes as Prodiel already presses ahead with construction of Talayuela at a 520-hectare site in the province of Cáceres, southwest of capital Madrid.

The installation, which marked its ground-breaking in late 2019, is designed to become a 570GWh-per-year solar farm, featuring some 830,000 panels set atop 15,000 single-axis trackers.

The solar systems themselves aside, Prodiel will also be building a 400/30kV substation by Talayuela, as well as a 21.4-kilometre power line that will link the plant to a nearby network node.

A four-hour drive to the south, in Spain’s Seville province, Prodiel is also busy working to deliver the 200MW Cabrera Solar scheme, which is slated for completion by 2021.

The 554,000-module, 9,500-tracker complex will be split into four 50MW individual installations, rolled out across 400 hectares of land near the town of Alcalá de Guadaira.

The 380GWh-a-year Cabrera complex will be linked to the AIE Don Rodrigo switcher, the same node used by one of Spain’s flagship subsidy-free projects, BayWa r.e.’s 175MWp Don Rodrigo.

In Spain, the 500MW of under-construction zero-subsidy solar looks set to further cement the country’s status as a home for projects built without state support.

The country, run since the turn of the year by a left-wing coalition, continues to offer incentives to investors and is busy redesigning its auction scheme.

However, PV players from Solarcentury to BayWa r.e., Renovalia and Powertis are opting to avoid subsidies together, with some skipping PPAs too as they decide to sell power on a merchant basis.

As recently heard at Solar Media’s Solar Finance & Investment Europe event, the talk of zero-subsidy potential is accompanied by concerns around risks, including grid chaos and big player dominance.

Of all projects in the country, Talayuela took centre stage at the London event in early February, with Solarcentury’s Peer Piske walking attendees through the process followed with the 300MW plant.

Solarcentury, the business development director said, has learned through Talayuela that reducing complexity through a repeatable PPA process and sticking to “realistic” timelines is essential.

According to Piske, Solarcentury decided to take care of pre-construction steps – permits, green assessments – before the 300MW plant, backed by a 10-year PPA, reached financial close.

“With subsidy-free, the key is bringing together the developers, advisers, equity sponsors, offtakers and others,” he told event attendees. “It’s a really big table and it’s about managing different expectations and interests.”

29 November 2022
PV ModuleTech EMEA in Madrid on 29-30 November 2022 will address the factors underpinning the changing PV module landscape, gathering together all the key stakeholders across the value-chain from module production to field testing. Join us for presentations from the leading players in the sector, clearly identifying the opportunities and challenges set to impact module supply to Europe and the Middle-East over the next few years.
epc, europe, extremadura, largescale2020, lss2020, prodiel, solarcentury, southern europe, spain, talayuela