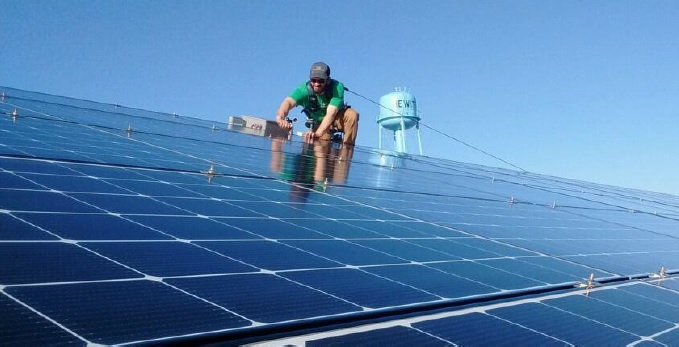 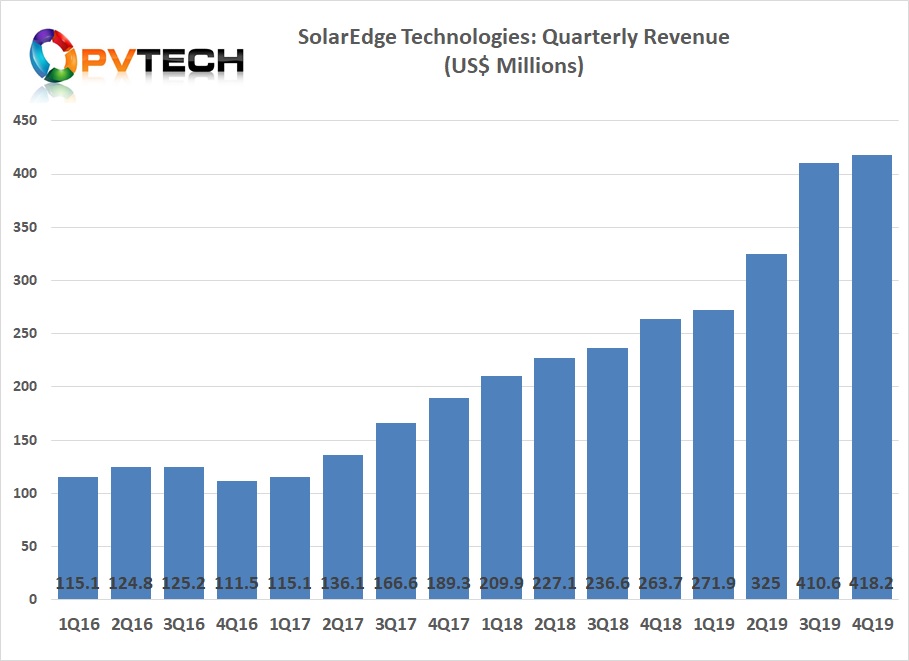 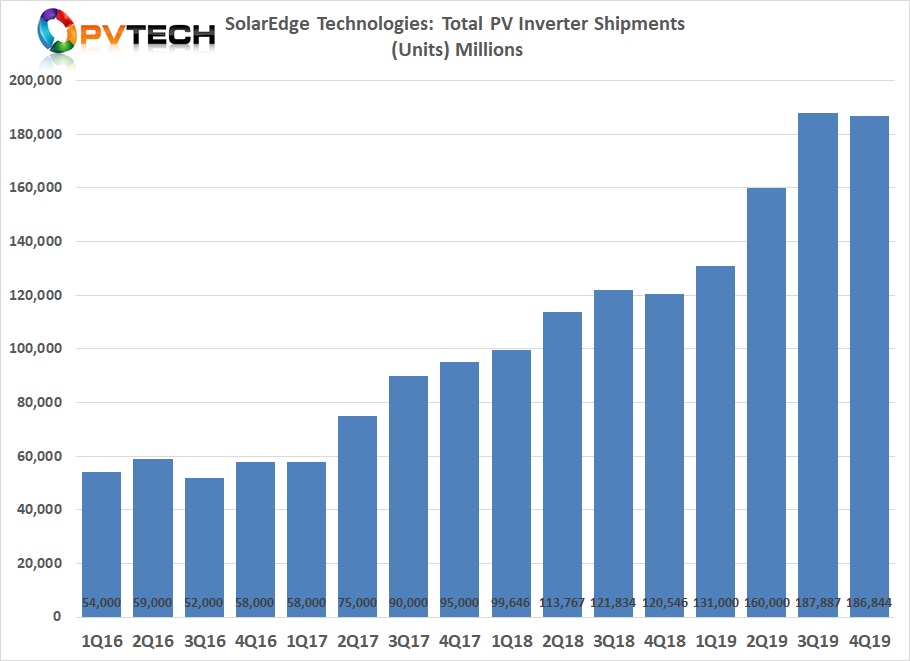 The company shipped over 1.6GW (AC) of nameplate inverters in the reporting quarter with continued heavy weighting (766MW) to the North American market, compared to European shipments of 620MW. 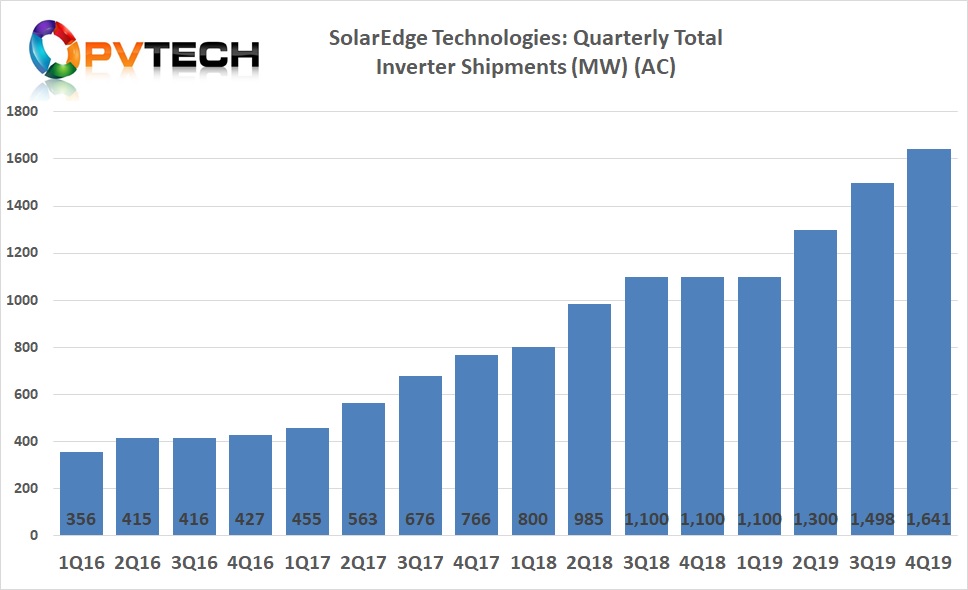 A key product shipment increase had been in the C&I sector, accounting for over 700MW in the fourth quarter of 2019, compared to 543MW in the previous quarter, a new record for the company.

Shipments of power optimizers stood at over 4.4 million, down from over 4.5 million in the third quarter of 2019. 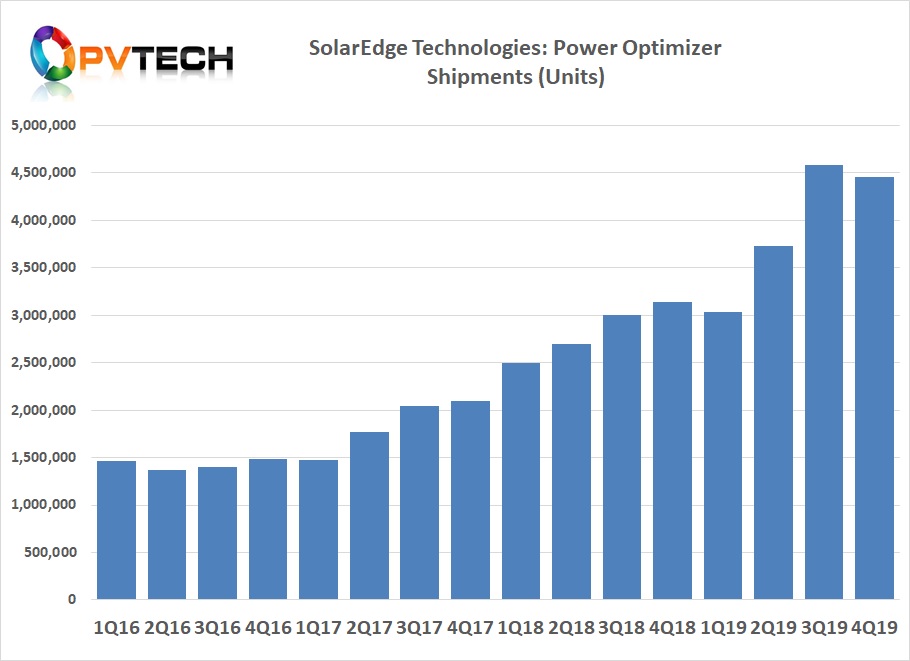 Europe accounted for US$118.9 million of revenue in the reporting period, accounting for 30.6%, of the total. SolarEdge also noted that in relation to its top 10 solar customers, they represented 64.4% solar revenues, down slightly from the previous quarter. 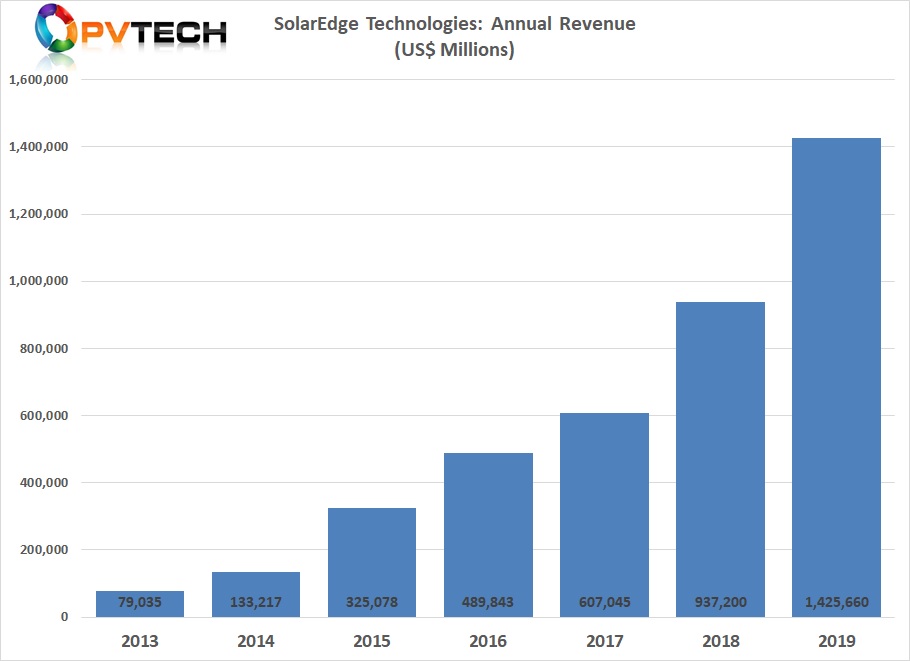 Although there were signs of revenue growth slowing from the third quarter of 2019, SolarEdge guided first quarter of 2020 revenue to be within the range of US$425 million to US$440 million, strongly indicating continued growth momentum, despite continued production ramps, component shortages and supply chain disruptions from the coronavirus.

The company had noted in its fourth quarter earnings call that it was experiencing record C&I product shipments and noted this was expected to continue to increase by a further 20% to 30% in the first quarter of 2020.