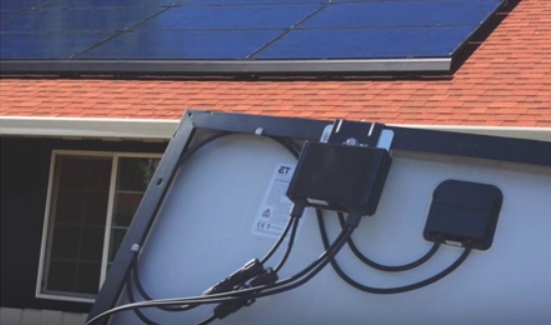 PV inverter manufacturer SolarEdge Technologies has reported a series of financial records in 2017, after posting its third successive quarter of higher shipments and revenue.

SolarEdge reported fourth quarter revenue of US$189.3 million, up from US$166.6 million in the previous quarter, a 14% increase from the prior quarter and up 70% year-on-year. 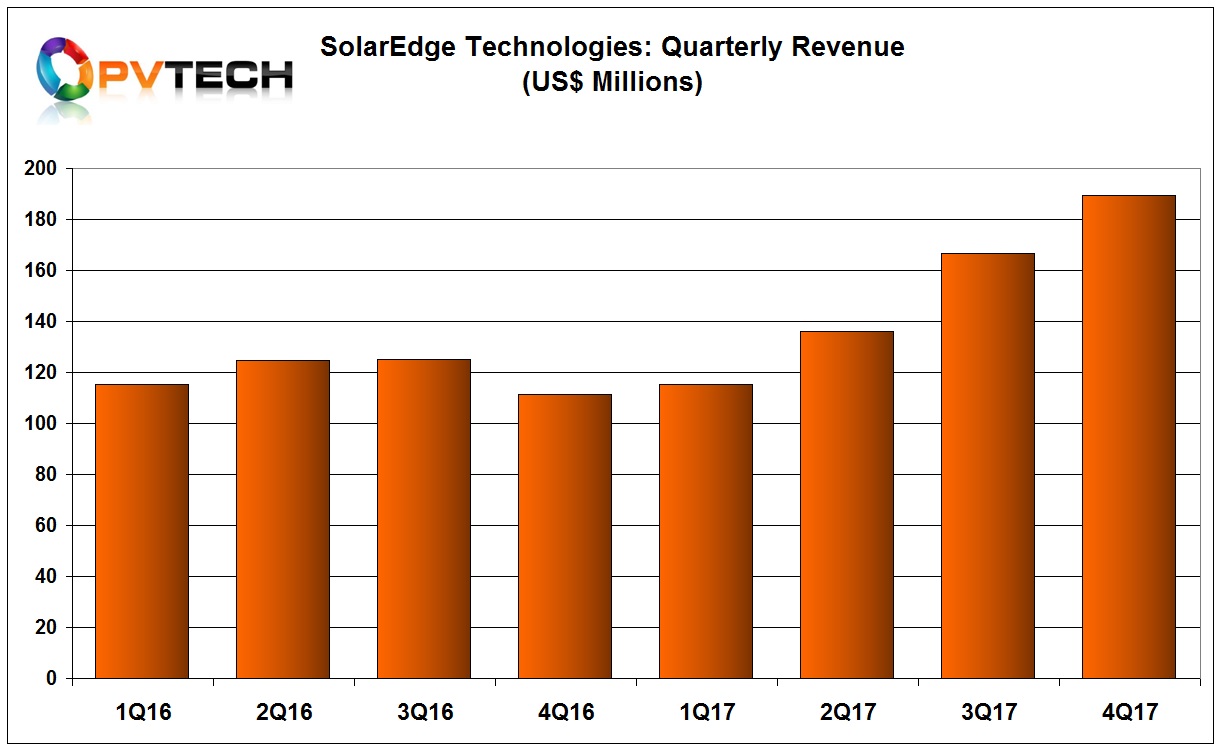 The PV inverter manufacturer shipped a record 766MW (AC) of nameplate inverters in the fourth quarter of 2017, up from 676MW (AC) in the previous quarter. 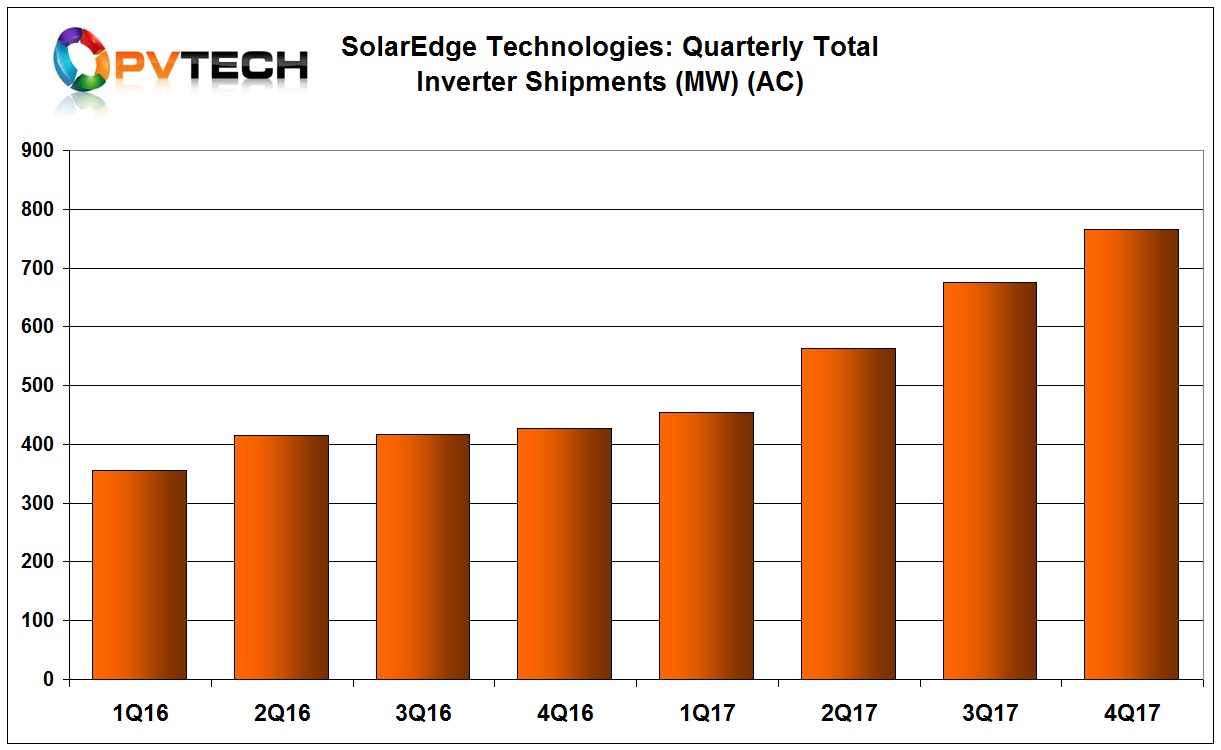 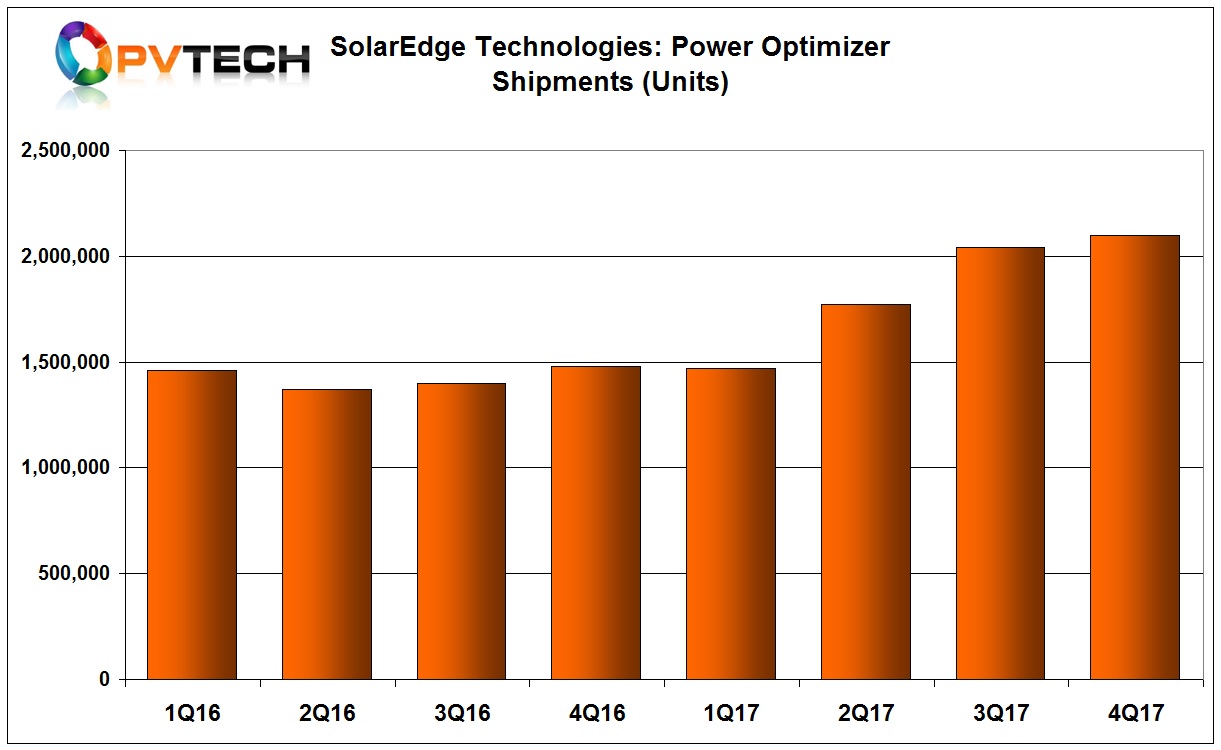 On a geographical basis, around 461MW (AC) was shipped to North America in the fourth quarter of 2017, while US revenue reached US$120.4 million, a record high and represented 63.6% of our overall quarterly revenue, according to the company.

“We ended the fourth quarter and full year of 2017 with record results in our key financial and operational metrics,” said Guy Sella, Founder, Chairman and CEO of SolarEdge. “We grew our revenues in each of the geographies in which we operate and overcame a challenging year in terms of industry-wide component availability and growing our manufacturing capacity to support the growing demand for our products. We expanded our gross margin by keeping our ASP stable, continuing our cost reduction initiatives and increased profitability and cash flow generation while maintaining and even increasing our investments in R&D and customer support and growing our geographic footprint.”

The company reported a record fourth quarter 2017 gross margin of 37.5%, up from 34.9% in the prior quarter and up from 35.0% year over year, despite component shortages that has impacted many leading PV inverter manufacturers in 2017.

Management noted in its earnings conference call that the record gross margin was a result of a stable ASP (Average Selling Price) environment, as well as continued manufacturing cost reduction initiatives.

However, operating expenses were up 11% to US$36.4 million from the prior quarter and an increase of 52% year over year, partially due to costs associated with air freight costs, due to industry wide component availability issues. The company has also increased its headcount, notably in product development and R&D.

The company increase R&D spending to US$16.4 million, an increase of 14.3% compared to the previous quarter and 58.7% higher than the prior year period.

SolarEdge guided first quarter 2018 revenue to be within the range of US$200 million to US$210 million, indicating continued record growth, despite a seasonally softer demand quarter.

The company also noted that it expected gross margin to remain flat within the range of 36% to 38% in the quarter, indicating further stability in ASP’s.