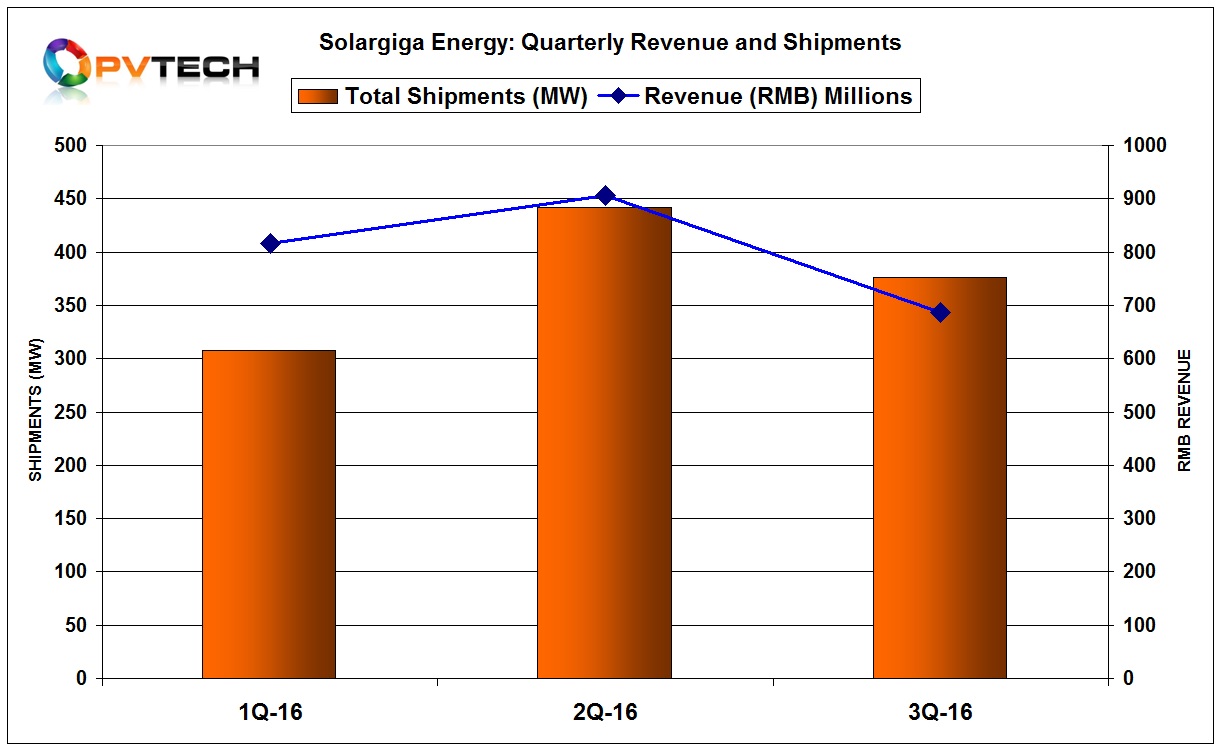 Solargiga reported total preliminary third quarter 2016 revenue of around RMB 687 million (US$102 million), down over 24% (US$134.5) million from the previous quarter.

Total product shipments which included processing service; sales of silicon solar ingots, wafers, cells and photovoltaic modules; and the engineering, procurement and construction of photovoltaic systems service reached 376MW in the third quarter, down around 15% from the previous quarter when shipments reached 442MW.

Solargiga is one of the first China-based producers to provide insight into third quarter financials after a major slowdown in PV project development in China at the end of the second quarter of 2016, which has driven a rapidly developing period of overcapacity, resulting in steep price declines.