US residential solar PV and energy storage installer Sunrun said it reached the milestone of 1GW of cumulative solar installations in the second quarter of 2017, after 10 years of business operations.

Sunrun continued to maintained higher sequential quarterly rooftop deployments since the third quarter of 2016, achieving deployments of 76MW in the second quarter, up from 73MW in the previous quarter. 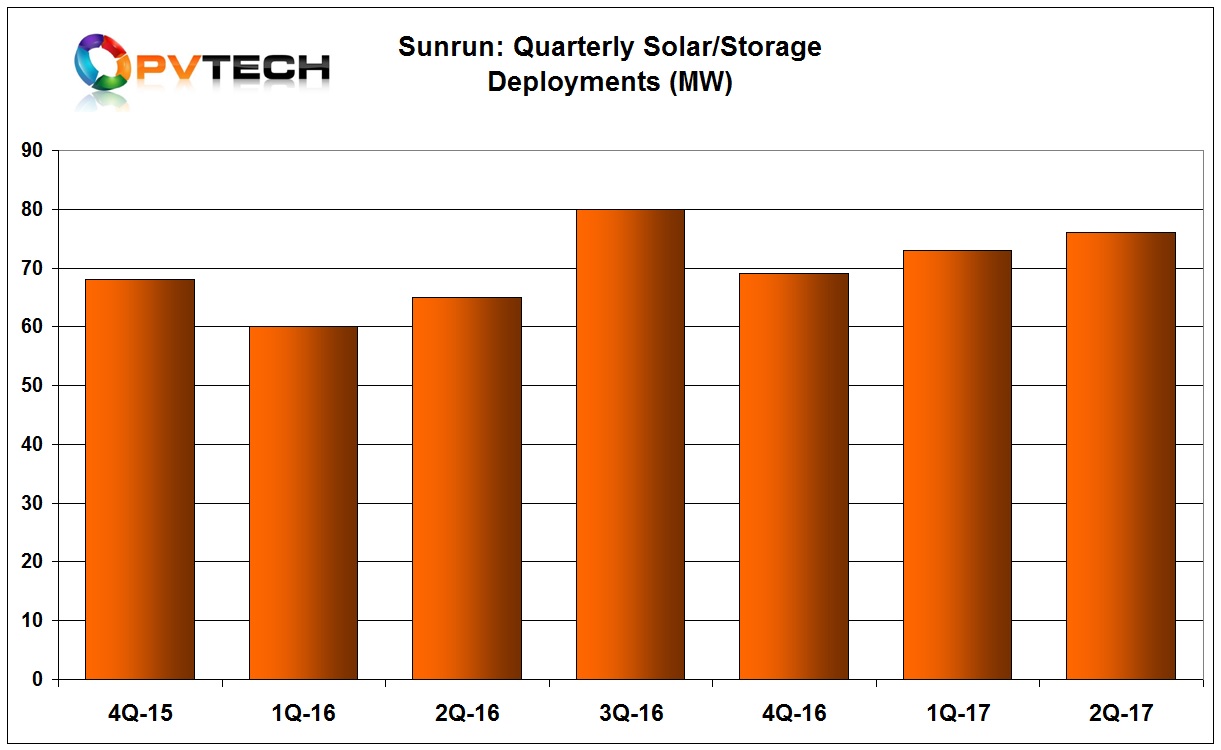 As a result, Sunrun reached cumulative deployments of 1,027MW in the second quarter of 2017.

Expectations were that Sunrun would upwardly revise its deployment guidance, due to the company announcing in June, 2017 that it had nearly doubled its total addressable market (TAM) by entering seven new markets that included New Mexico, Rhode Island, Texas, Vermont, Wisconsin, Washington, D.C., and Florida, as well as returning to Nevada after policymakers passed legislation to reinstate solar net metering.

However, management noted in its second quarter earnings call that gaining traction in the newly entered markets and the re-entry into Nevada were not expected to bring meaningful deployment and revenue gains until 2018.

“The short answer is it’s more of a 2018 story,” noted Lynn Jurich, Sunrun’s chief executive officer. “And I would put that at all the new markets that we’ve expanded to this year. We’re excited to be on offense this year, its fun to play on offense. And so as you know, we expanded into seven states. And but again, it takes a little while for those to ramp in Nevada in particular, and they’re still working through some tariff thing. And so we think it sets a strong foundation for great growth in 2018 and beyond. But we don’t expect it to materially impact any of the deployments this year.

Sunrun reported second quarter revenue of US$137.8 million, compared to US$104.1 million in the previous quarter. 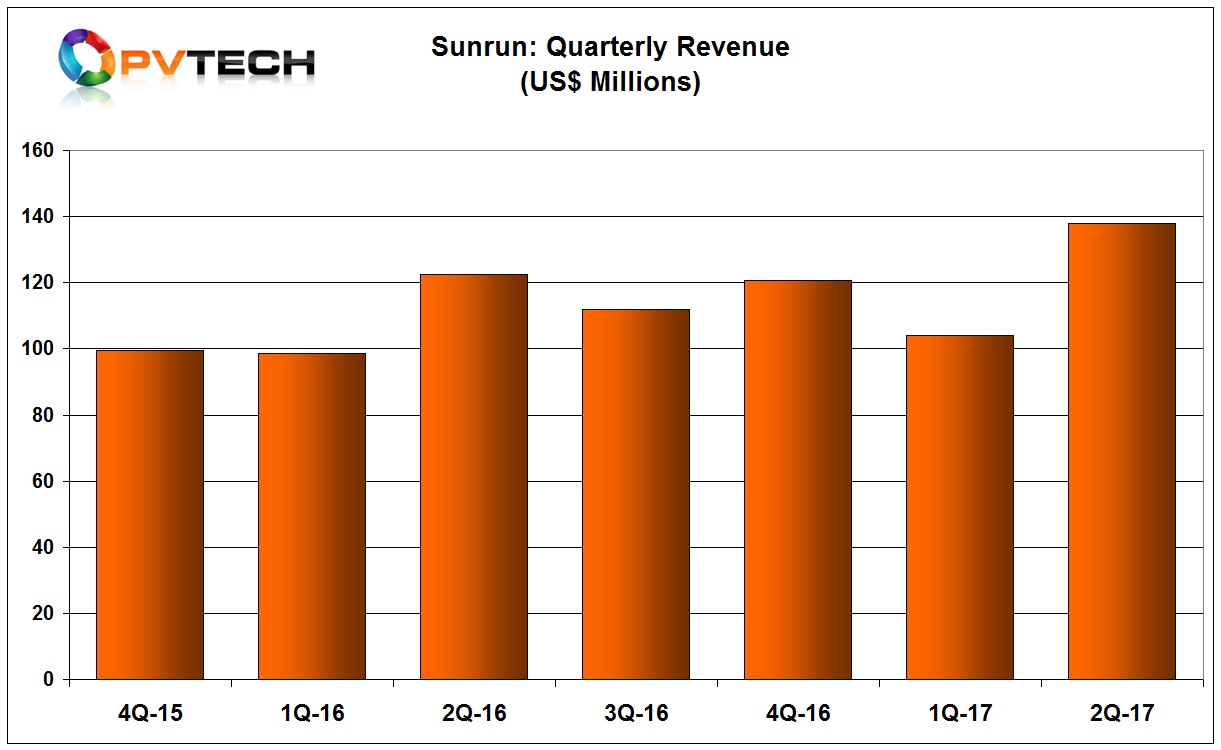 Although energy storage has been over-hyped for the residential market, Sunrun noted that its solar plus storage product offering was starting to gain traction.

“We continue to innovate with BrightBox, the first zero down solar plus storage-as-a-service offering for residential customers,” added Lynch in the earnings call. “Home owners benefit from backup power during power outages and can optimize when they can consume or export power to the grid. We have received over 2,000 BrightBox orders and installs are ramping nicely in Hawaii and California, more states are just getting underway.

Sunrun guided deployments in the third quarter of 2017 to be approximately 88MW, reflecting 15% growth for the first three quarters of 2017 compared to the prior year.