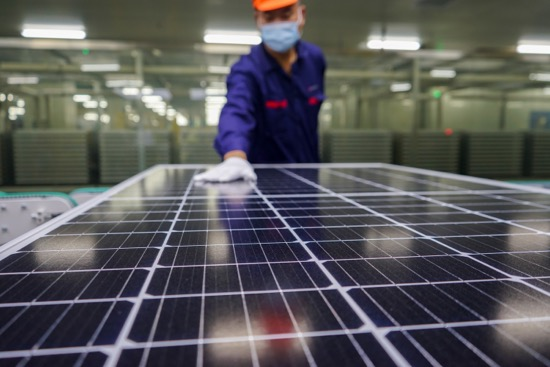 Despite having experienced numerous ups and downs over the years, Suntech has retained its status within China’s PV industry as an internationally respected and richly experienced solar player.

An established leader in the PV industry, Suntech has been through difficult periods amid the waves of PV growth in China, to finally return to dedicated PV manufacturing via the removal of other redundant businesses.

Based on its mastery of core product technology and visibility overseas, Suntech has been making steady progress towards being listed once again in the ‘first team’ of industry players.

In the 2019 Solar Module & Inverter Bankability report released by BNEF, Suntech was once again amongst the “World's Most Bankable PV Module Brands “, ranking seventh, up 11 from its previous spot. 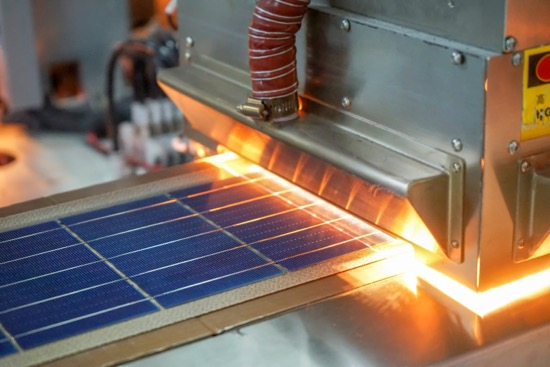 Suntech, the leader in PV modules

A trendsetter since its foundation in 2001, Suntech effectively opened the door to the renewable world for everyone else, with its first module shipped overseas in 2002,

As the first major PV manufacturer in China, the company, by insisting on using reliable materials and mature manufacturing processes in its PV module production, set an example for the industry, underscored by rigorous inspection and third-party testing.

In the early days, PV players successively copied Suntech's practices in material procurement, production standards and quality control. The prevailing production culture within the industry set the stage for ‘Made in China’ to lead the global PV industry many years later.

Carefully crafted products in any industry will stand the test of time. According to a new report on module after-sales, from 2003 to Q1 2020, Suntech sold a total of 81.3 million modules, with a failure rate of only 0.0977%. Many of the company’s first modules to be shipped provided excellent performance, especially in terms of stability and reliability.

Suntech shipped 40kW of poly modules in 2002 to a German plant belonging to the Czech company GBC. The project was completed and connected to the grid in October 2003. Over the past 17 years, the average annual generation efficiency of the plant has remained at around 1000kWh/kWp, much higher than originally expected.

According to a 2019 performance monitoring report, Suntech's poly modules are able to heat up evenly with no hot-spot risks, and the highest temperature differential is maintained within ±10°C. Showing no signs of degradation, Suntech modules are still operating reliably after 17 years of exposure to the elements.

Module reliability is extremely important for investors and EPC companies. For investors, a reliable module means constant cash flow and, for EPC companies, reduced O&M costs. The excellent performance of Suntech modules has earned the company the loyalty of the market and many long-term customers. GBC, a company that has now worked with Suntech for more than ten years, is one of these. Purchasing their first module from Suntech, many organisations have effectively grown up with the company to become the top PV distributors across Europe.

Suntech’s popularity and reputation around the world over the years has led to a steady growth in its module shipments. The company’s products were shipped to over 100 countries and regions in early 2020, including to some of the world's most renowned power plants. The Indian PV plants invested in by Softbank, the mega group, have so far used 225MW of PV modules supplied by Suntech.

In August 2019, Suntech supplied 250MW of high-efficiency poly modules to the JUWI PV plant in Kimberley, South Africa, which is the first of a batch of large-scale power plants there. Later, in October, Suntech supplied 100MW of modules to Europe's largest 500MW PV plant.

The figure below illustrates that, since 2014, the annual growth of Suntech's module shipments globally has averaged out at around a steady 30%. By the end of 2019, the company’s cumulative shipments had exceeded 22GW, of which overseas shipments accounted for 70% (see Figure 1).

Suntech’s commitment to quality also extends to its product innovation and R&D. The company’s R&D team has consistently made every effort to always present to the market the best and most suitable products, manufactured with state-of-the-art technology and materials, as can be seen from two of its latest offerings,  the super-thin, super-light HiPerforma series UltraD multi-busbar bifacial PERC module released in 2018 and the 440W high-efficiency, half-cut HiPower mono module launched in 2019.

According to Suntech, time will tell that its modules will prove to be the right choice for its partners and clients. Having survived the twists and turns of the past nineteen years, Suntech is now actively embracing a new start in many markets around the world.

Customs data shows that Suntech module shipments in 2019 were ranked among the top 3 in India, Egypt and South Africa, and among the top 6 in Europe and Japan. The company also did very well in other markets.

Sound financial performance and over 10GW of new capacity planning

As one of the “founding fathers” of the PV industry, Suntech has, based on its accumulated experience, established a sound network for global sales and after-sales service.

The company is known to have more than 1,500 premium customers and loyal distributors in all major markets around the world, many of whom have worked with Suntech from their earliest years and have grown up with it as a valued partner.

Reliable products, renowned brands and loyal customers have underpinned Suntech’s success in international markets for many years. Equally, the company’s solid financial performance and low debt ratio is another combination of factors behind its renaissance.

Suntech’s steady growth over the past few years enabled its revenue to reach US$1.115 billion in 2019, with debt ratio controlled effectively below the level of 50% (see Figure 2).

The company’s new 1.5GW high-efficiency module plant in Wuxi was commissioned on Aug 1st, to be followed by more production bases in Changzhou, Zhenjiang and Yangzhou. It is estimated that future total capacity will exceed 10GW.

After a number of challenging years, Suntech remains a top PV company, gaining fresh momentum by virtue of its rapid development in overseas markets, growing brand awareness, technology strength and local government support, all of which have combined to propel it back towards its historical leading position within the industry.

29 November 2022
PV ModuleTech EMEA in Madrid on 29-30 November 2022 will address the factors underpinning the changing PV module landscape, gathering together all the key stakeholders across the value-chain from module production to field testing. Join us for presentations from the leading players in the sector, clearly identifying the opportunities and challenges set to impact module supply to Europe and the Middle-East over the next few years.
bankability, china, module manufacturing, sponsored, suntech, technology