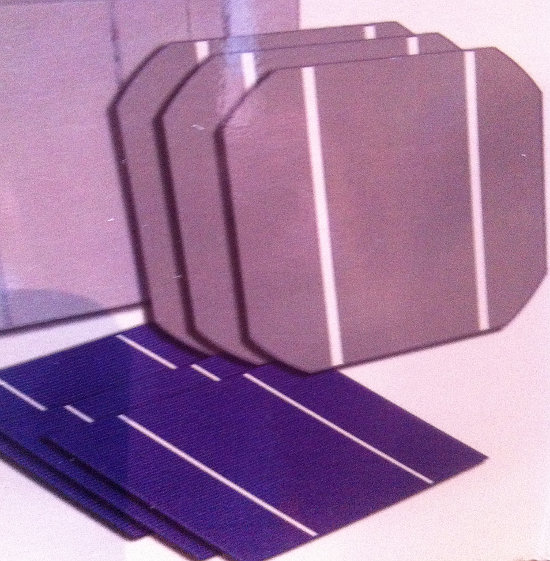 Although profitability for many remains elusive sales have rebounded in September.

GET noted that the revenue increase was primarily due to wafer ASP’s increasing as demand for diamond-wired wafers continued to gain momentum for high-efficiency cells. The company has also expanded its PV module product range via its subsidiary Gintung.

Unaudited third quarter revenue was around NT$ 3,175 million (US$105 million), compared to NT$ 2,580 million in the previous quarter. 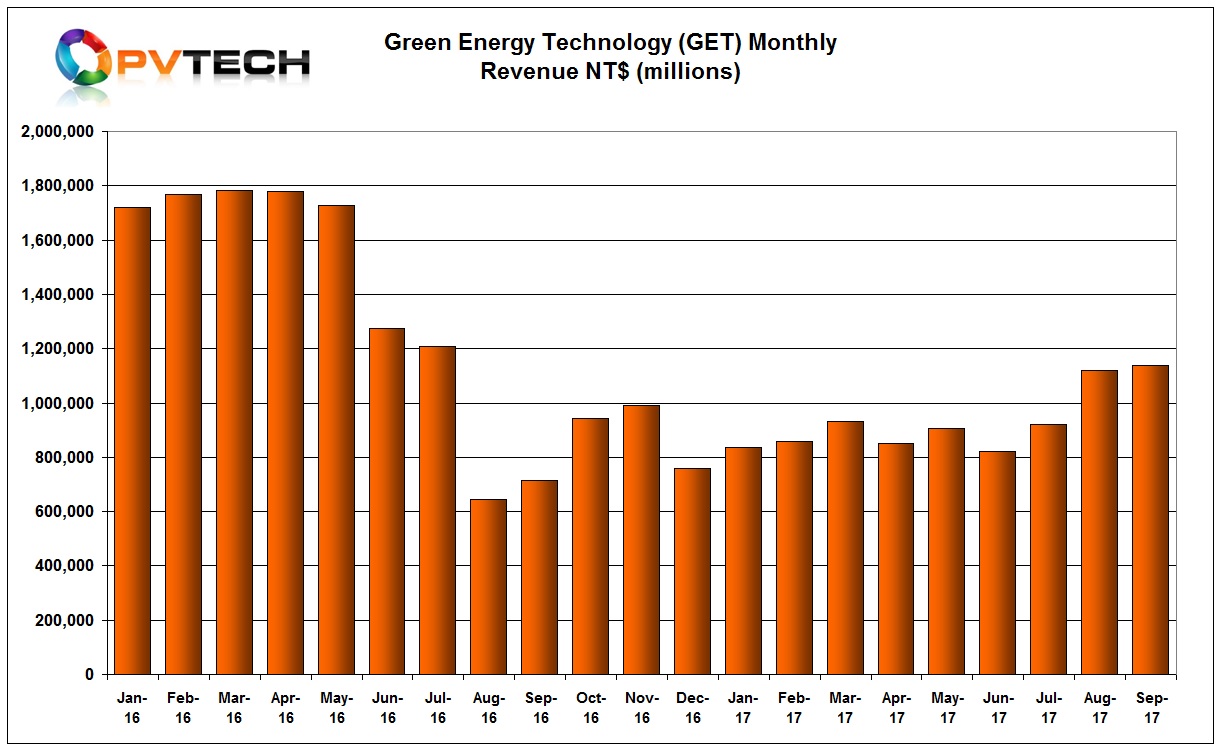 Multicrystalline wafer producer Danen Technology Corp’s sales have been in recovery mode since a distinct decline in April, 2017.

Unaudited third quarter revenue was around NT$ 234.1 million (US$7.74 million), compared to NT$ 154.9 million in the second quarter of 2017. The company noted price increases on the back of polysilicon price increases for the improvement in sales. 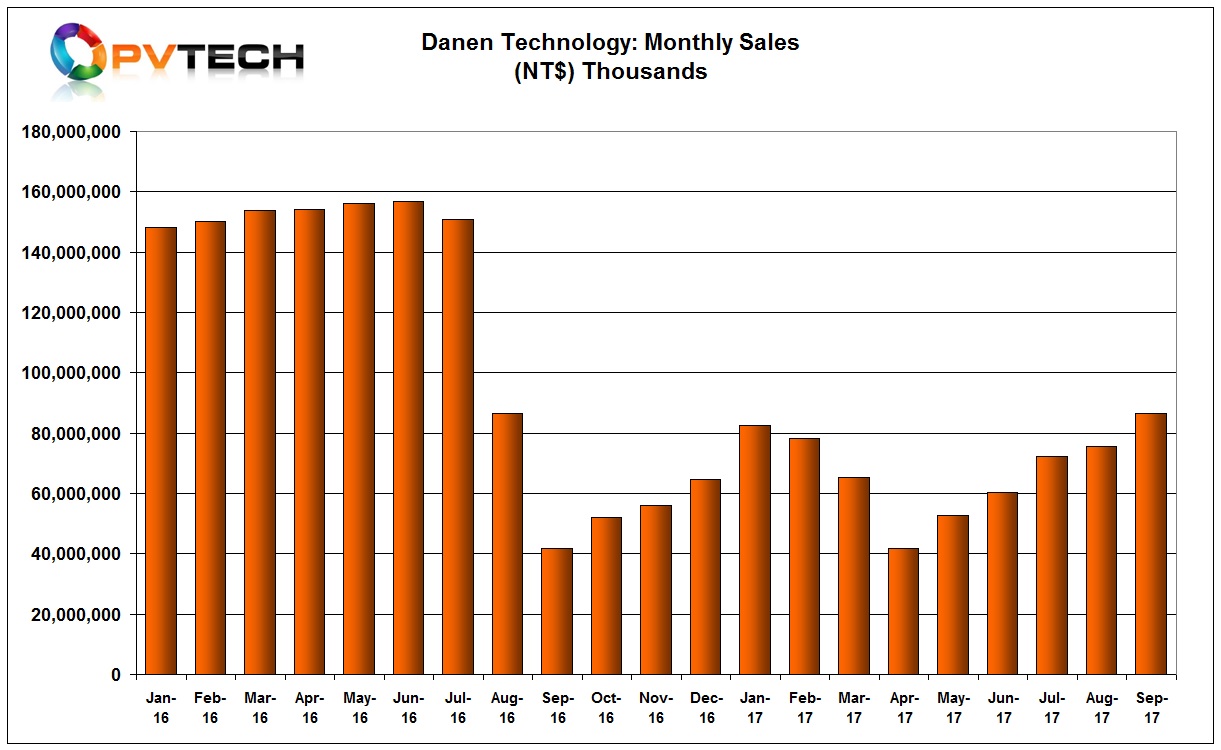 PV metallisation paste producer GigaSolar Materials Corp reported a strong jump in sales in September, which was a new high for the year.

GigaSolar reported revenue of NT$ 1,002 million (US$33.14 million), compared to NT$ 765 million in the previous month. Increased sales by Taiwanese cell producers contributed to the strong rise as well as sales overseas. 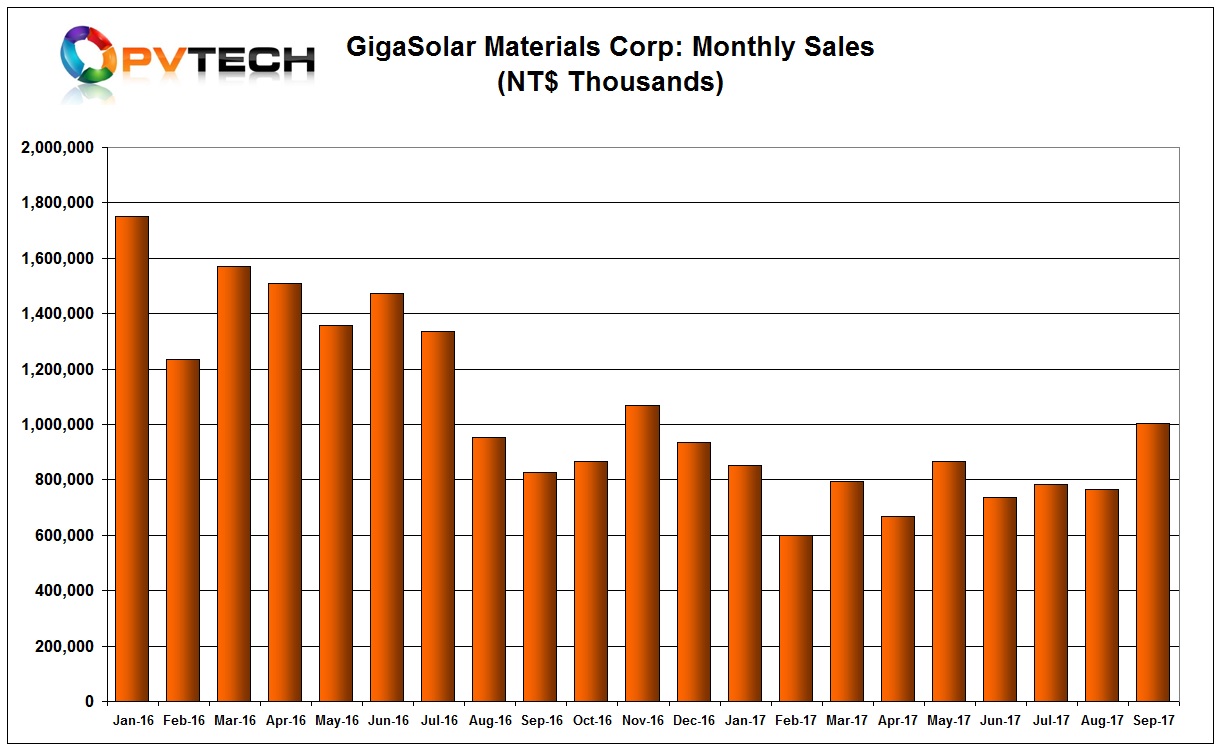