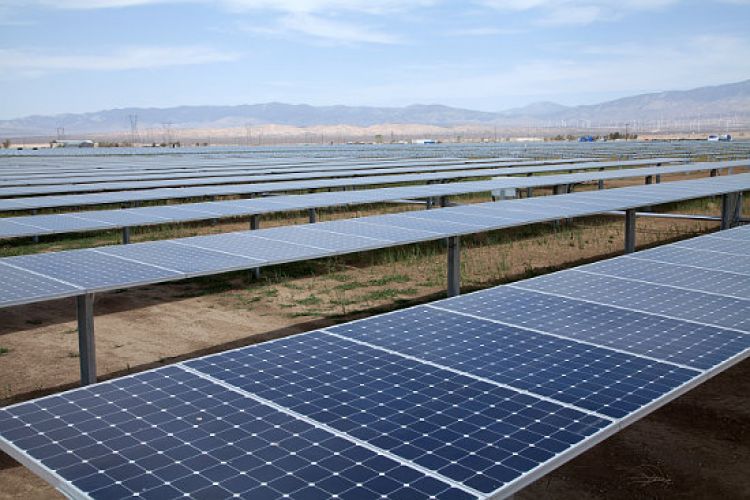 Renewable energy developer Terra-Gen has partnered with construction firm Mortenson to build what they claim is the world’s largest standalone solar-plus-storage project to date.

Called the Edwards & Sanborn energy project, it consists of 1,118MW of solar and 2,165MWh of energy storage in Kern County, which has become California’s unofficial large-scale solar capital due to the number of projects being built there.

Terra-Gen’s project will supply energy for “all hours of demand”, according to Brian Gorda, the company’s vice president of engineering.

The developer said it will break ground on the project in early 2021, and expects it to come online by the end of 2022. It will utilise more than 2.5 million solar and more than 110,000 lithium-ion battery modules, according to Terra-Gen.

“Terra-Gen is excited to push the industry to new heights and build a plant that provides energy for all hours of demand,” Gorda said.

The project has already received interest from corporate customers. Supplier LevelTen Energy has facilitated a deal between Terra-Gen and Starbucks that will see the coffee chain purchase 24MW of solar power and 5.5MW of battery storage from the new Kern County facility. Starbucks said in a separate announcement the deal will supply renewable energy for 550 branches in California.

Starbucks has previously called on LevelTen to bolster its use of renewables. The matchmaking service helped to develop a 146MW renewable portfolio through a string of power purchase agreements (PPS) in June 2019, which is set to power over 3,000 stores through solar and wind plants in Texas, North Carolina and the US Southwest Power Pool next year.

Trent Mostaert, Mortenson’s vice president and general manager of solar, said the Edwards & Sanborn project will “redefine the impact these systems will have on our clean energy future”.

11 October 2022
PV CellTech Extra will be held as a series of live webinars and on-demand sessions on 11-13 October 2022. We'll be taking a slightly further forward-looking view at the technologies and roadmaps for new cell architectures set to dominate mass production during 2023-2025 with special emphasis on the potential timelines for technologies beyond the single-junction cell design, including perovskite and hybrid concepts.
investment, kern county, kern county solar, mortenson, solar pv, solar-plus-storage, starbucks, starbucks solar, terra-gen, utility-scale solar