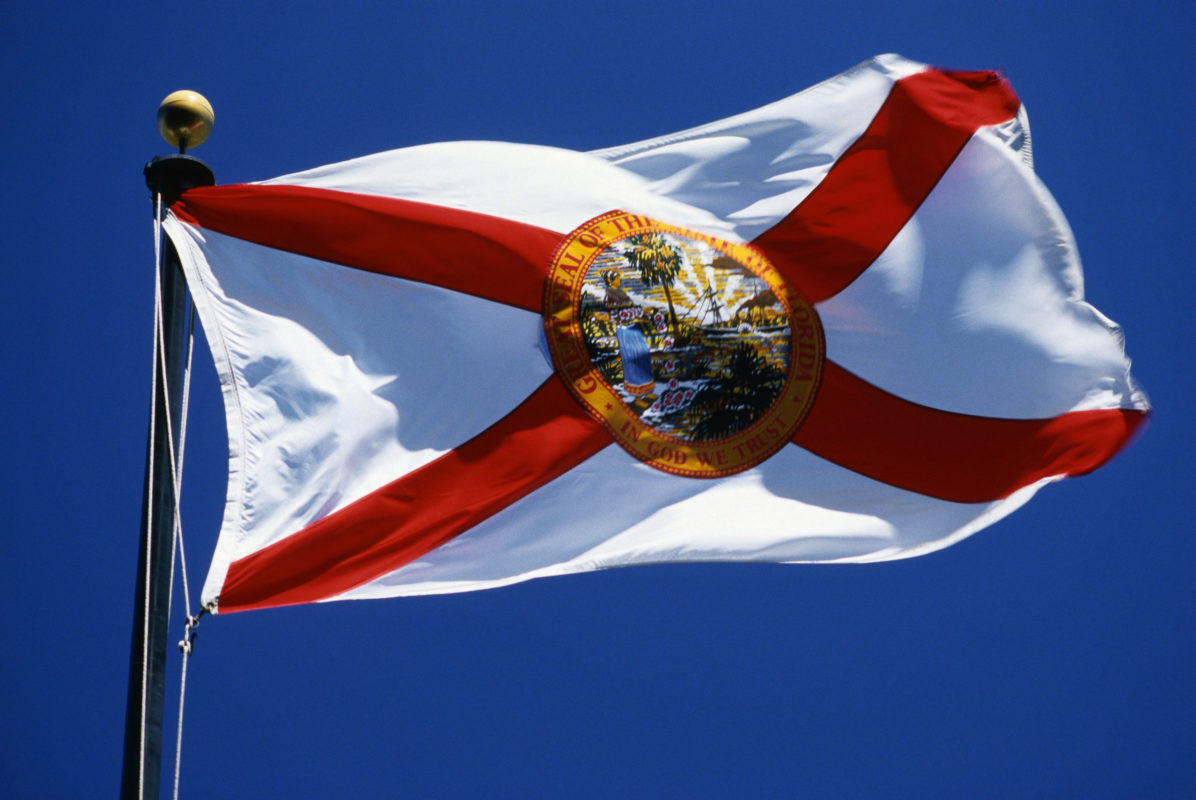 In a press conference this week, former Florida governor and US senator Bob Graham detailed the shocking ramifications that the measure would have if it passed on 8 November.

The most obvious ramification of Amendment 1 passing is its negative effects on the state’s solar industry. Florida is not called the Sunshine State for nothing; as the closest mainland US state to the equator, it has some of the highest levels of irradiation of any state. The Solar Energy Industries Association (SEIA) has ranked Florida as having the third-highest solar potential in the nation.

Despite this, Florida is only 14th in terms of actual installed capacity, with its emerging industry hindered by utility-friendly solar policies such as the topical prohibitive slant on third-party ownership.

“It is almost entirely a matter of bad public policy,” explained Graham, as he contrasted Florida with neighbouring state Georgia, which has made it easier for third parties to provide financing for solar installations and requires utilities to increase the amount of solar in their electrical generation.

“[Amendment 1] would discourage the expansion of solar by psychologically strengthening the position before an already compliant legislature and public service commission to continue to erect barriers against solar,” said Graham. “It would continue the reliance on fossil fuels.”

The age-old argument that solar users are being subsidised by non-solar users for their use of the grid could be validated under Amendment 1. Investor-owned utilities have long made the argument that there should be a way to charge solar for its grid use, and such sentiment is reflected in the language of the Amendment.

Graham said: “There’s no factual basis to that, but I can already hear the arguments on the floor of the legislature, advocating that there should be substantial fees charged to solar users under the false argument that in some ways they are being subsidised.

“If Amendment 1 is not passed, they will make the argument anyway, but at least it won't be written in the constitution of Florida as a statement of proof that there is such subsidisation.”

Amendment 4 could be rendered useless

The passing of Amendment 4 in August was hailed as a shining victory for Florida’s solar industry. 73% of voters approved the ballot measure that made solar and other renewable energy equipment on commercial buildings exempt from property tax assessment increases.

However, Graham said: “Amendment 1 would encourage increased taxes on the installation and maintenance of those solar facilities, which could counter-balance and eliminate for all practical purposes the economic incentives that Amendment 4 was intended to provide.”

He hypothesised that under Amendment 4, if for example, one installed a US$20,000 solar installation on a commercial building, the assessed value of that property would not be increased by US$20,000 as it would be exempt from tax. But despite that US$20,000 system saving the average consumer around US$50-US$100, that saving would effectively be cancelled out if Amendment 1 were passed. This is because it is not unlikely that additional legislation would be enacted to charge an annual fee against solar panels intended to counter-balance the alleged subsidisation that solar users receive.

Utilities would have succeeded in duping the public

Surprisingly, Amendment 1 does allow homeowners to own or lease solar systems, but on the condition that such users shoulder their own cost of using solar and its effects on the grid because third-party residential ownership is not granted exemption from the utility code. So whilst a third-party user could sell or lease the power from their system, they are subject to the full burdens (and fees) of electric utility regulation.

Supporters of the amendment have peddled the misleading notion that it would block high-priced third-party solar companies from dominating the market and therefore prevent expensive PPAs. If voters buy into this disingenuous concept, they would have been successfully fooled into believing they had voted in a measure that is good for their local solar industry.

Leaked comments from James Madison Institute even admitted that the very makeup of the Amendment 1 campaign was intentionally deceptive.

Ultimately, if the ballot measure passes, the utilities that bankrolled the campaign would have succeeded in deceiving the public. And that in itself would be a travesty.

4 October 2022
Solar & Storage Finance USA, the only event that connects developers to capital and capital to solar and storage projects, will be back in November 2022.
amendment 1, amendment 4, florida, legisialtion, sfi con usa, third-party owenership, us, usa, utilities