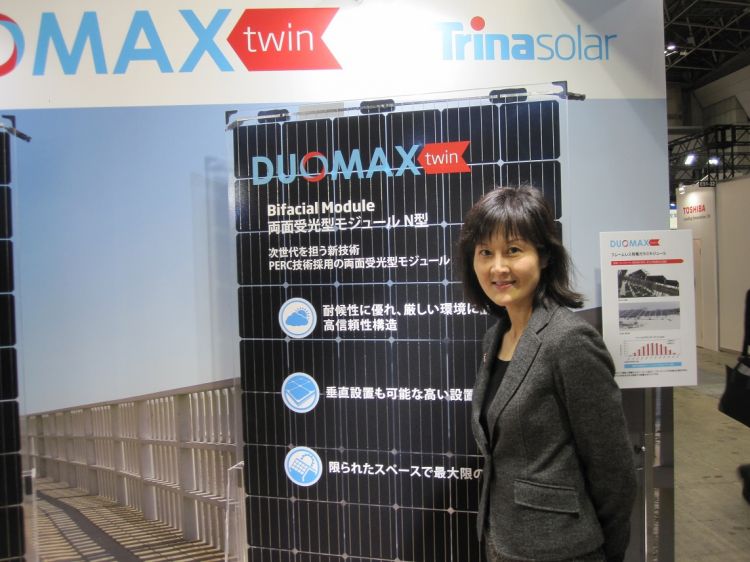 Yin Rongfang, VP of Trina Solar, head of global sales & marketing, said: “It is DUOMAX twin's first order after its launch in the end of March and we'd like to thank our clients for their recognition. This year is the market rearing stage for DUOMAX twin and this number will continue to rise steadily. We are seeing more orders flowing in across the globe. In the future, we will remain committed to technological innovations and deliver even more real LCOE value to our strategic partners around the world.”

Trina Solar noted that the project in Golmud was located in a sandy area with high diffuse reflection, ideal conditions for bifacial modules. The Project will also be equipped with a tracker system which will enable the DUOMAX twin module's back side to achieve more solar energy through movement via the tracker.

PV Tech recently highlighted that a key trend at the solar industry’s largest exhibition (SNEC) in Shanghai, China was the growing proliferation of bifacial modules on display by module manufacturers.