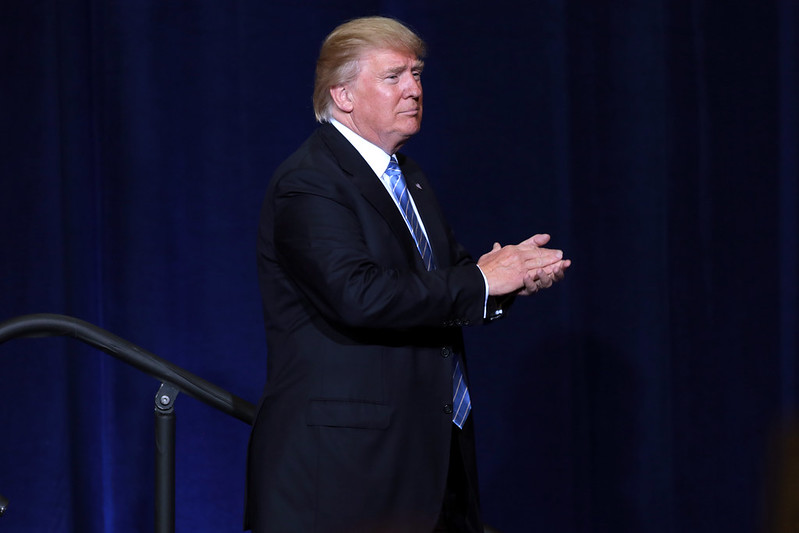 US president Donald Trump has once again advocated for slashing federal funding for clean energy in a budget proposal for fiscal year 2021, released on Monday.

‘A Budget for America’s Future’ is a largely symbolic document ahead of the federal election in November, given that Congress is highly unlikely to approve its contents.

The document requests US$35.4 billion for the Department of Energy (DoE), an 8.1% decrease from 2020’s allocation.

For the second year running, the administration has advocated for nixing the Advanced Research Projects Agency-Energy (ARPA-E), which researches energy projects. The agency received US$425 million in fiscal year 2020.

According to the proposals, ARPA-E is one of a handful of “costly, wasteful, or duplicative” initiatives that should be eliminated.

“The Government’s best use of taxpayer funding is in early-stage R&D,” the document notes, adding that is the private sector’s responsibility to finance the deployment of commercially viable projects.

The budget also proposes US$2.8 billion for energy research and development – half of last year's allocation, according to an analysis by The Hill.

More specifically, the DoE’s Office of Energy Efficiency and Renewable Energy Agency (EERE), which invests in clean energy programs and initiatives, would see its budget cut to US$720 million. That's a far cry from the US$2.79 billion approved for the fiscal year 2020, as reported by S&P Platts.

Just last week, congressional Democrats claimed that the administration is holding back a third of the EERE's allocated budget – funding fought for by Congress in previous budget negotiations.

The administration has also called for the sale of federally-owned and operated electricity assets, a move it says will “encourage a more efficient allocation of economic resources and mitigate unnecessary risk to taxpayers” and allow the government to save US$4.1 billion dollars by 2030.

NRDC: Budget needs to go in “dustbin of history”

Gregory Wetstone, president and CEO of the American Council on Renewable Energy (ACORE) said that the proposals would “dramatically underinvest” in clean energy research and innovation.

“In the coming weeks, we will be working with lawmakers on both sides of the aisle to ensure that, as they have in past years, Congress again rejects these misguided cuts and provides robust funding for the critical work of the Office of Energy Efficiency and Renewable Energy, the Advanced Research Projects Agency – Energy, and our national laboratories.”

Gina McCarthy, president and CEO of the Natural Resources Defense Council said: “Congress should toss this Trump budget into the dustbin of history like they've done with the other ones. This president is putting our families and communities at risk by taking direct aim at the environment, public health and energy innovation.”

The only explicit mention of renewable energy generation in the 132-page budget proposal document is in relation to the US capitalising on its “abundant and diverse existing resources” (which also include gas, oil, coal, nuclear and hydro) to assert American energy dominance.

“The Budget proposes a slight reduction in Government ownership of petroleum products to fund higher priorities across the energy landscape, including AI and quantum science.”

The 2021 fiscal year starts on 1 October 2020, one month before president Trump faces re-election.

The DoE unveiled US$125.5 million in funding for solar research last week.