Ukraine’s comedian-turned-president gets behind domestic solar 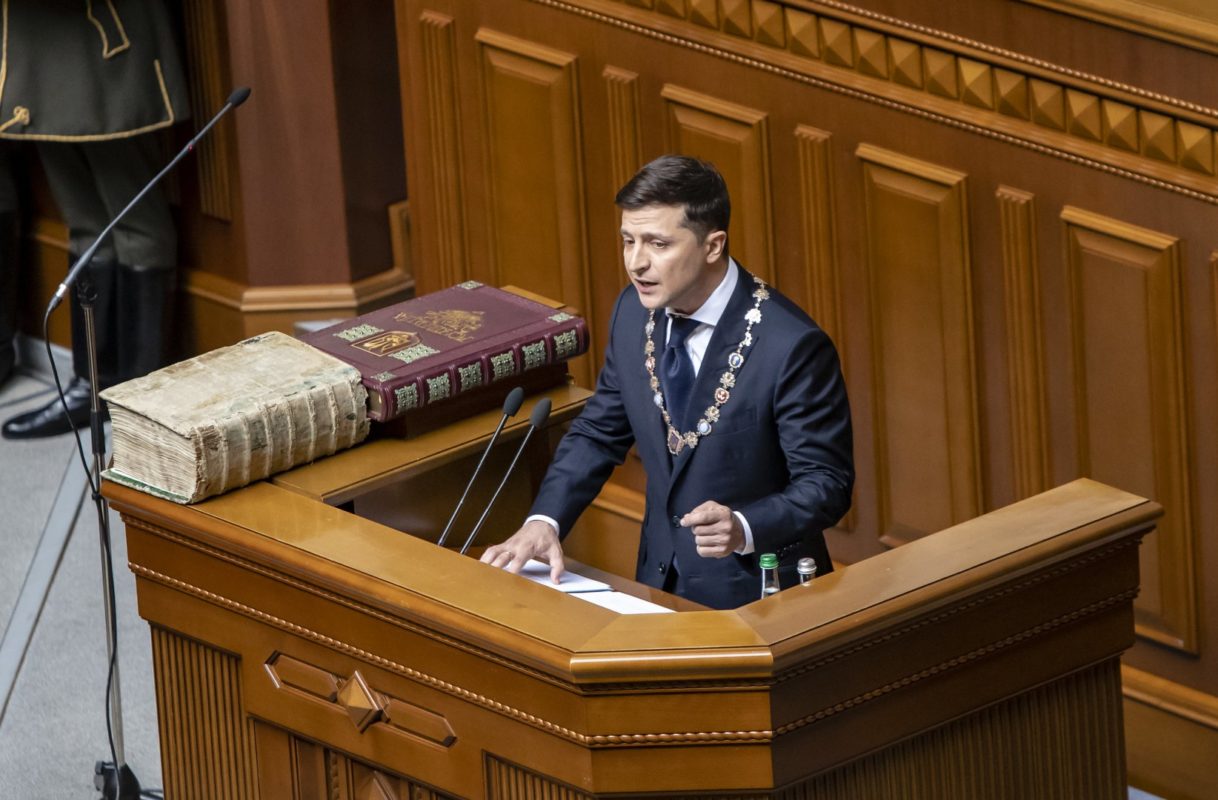 Comedian Volodymyr Zelensky, voted into Ukraine’s top office at presidential polls in April, signed on Tuesday a new law setting out the conditions for solar production by private homes.

The text was amended over the summer to ensure rooftop and façade PV installations of up to 30kW can sell the electricity they produce at so-called green tariffs.

The law sets out the various prices private homes can expect to receive all the way to 2030, based on their size and whether their technology makeup is standalone PV, wind or a mix of both.

In Ukraine, the presidential blessing to domestic PV comes as the country gains international standing as an upcoming market-to-be for utility-scale developments.

The current pipeline includes a raft of solar projects by Scatec Solar – which last July claimed to have 336MW under construction – Acciona and UDP Renewables.

The Eastern European state was home last year to 2GW in installed PV capacity, according to IRENA, but is now expected by Wood Mackenzie to install 6.6GW between 2019 and 2024.

By the latter year, according to the consultancy’s estimates, Ukraine should have become one of a score of solar “growth engines” worldwide as it rolls out 1-5GW every year.

Approached by this publication, developers on the ground see potential in the country’s shift from feed-in tariffs to deregulated auctions, with some expecting it to follow a reverse approach.

29 November 2022
PV ModuleTech EMEA in Madrid on 29-30 November 2022 will address the factors underpinning the changing PV module landscape, gathering together all the key stakeholders across the value-chain from module production to field testing. Join us for presentations from the leading players in the sector, clearly identifying the opportunities and challenges set to impact module supply to Europe and the Middle-East over the next few years.
domestic pv, domestic solar, eastern europe, europe, policy and regulation, policy changes, small-scale pv, small-scale solar, ukraine