Recently, we featured the first of two blogs on the collective impact of the three c-Si cell producers that are set to exceed 3GW of cell production in 2015 and ultimately compete for the mantle of “leading solar cell manufacturer 2015”.

This blog focuses on the c-Si cell-specific capex from these three companies, and discusses which technologies they have chosen in order to retain high fab productivity and market competitiveness.

During the recent analyses undertaken by the PV Tech team, it has become clear that differing levels of priority are being placed on cell capex across the leading cell producers and module suppliers.

For some, such as JinkoSolar, low-cost distressed capacity available in China appears to be a priority. For others, such as Hanwha Q CELLS, it would appear more important to have the right kind of new capacity added, not simply what was ordered by new entrants in China back in 2009 and is now becoming available second-hand, on a first-come, first-served basis.

However, it is no coincidence that the top three cell producers in 2015 – and the only ones to break through the 3GW barrier of production this year – have got to this landmark by adding new capacity in Southeast Asia. It is not simply the location, but the fact that cell technology can be chosen from a blank sheet if bought new, and not dictated by what is available for consumption as distressed assets.

During the past two years, the shift to reaching 3GW cell production has involved the big-three cell makers growing capex allocated to cell operations from approximately US$100 million in 2013 to just over US$400 million in 2015, with capacity outside China accounting for a considerable part of this spend. The US$400 million covers buildings, plant, equipment, debottlenecking and replacement tooling.

Additional spending has also been allocated to increasing the share of cell capacity coming from advanced cell concepts, where “advanced” refers to process flow changes including new equipment, with PERC being by far the most prevalent.

The share of advanced cell capacity from the three leading cell producers has grown from almost nothing back in 2013 to 13% in 2015, and will certainly exceed the 20% mark by the end of 2016. Similar to the front-printing upgrades in the past, the standard line of tomorrow is the most popular advanced cell concept today.

Comparison to the big-six SMSL

While not completely decoupled, it is still interesting to compare the combined activities of the top-three cell suppliers to what type of modules the big-six Silicon Module Super League (SMSL) suppliers are shipping to downstream channels in 2015.

From a technology standpoint, there is also strong synergy, moving p-type multi offerings from standard to advanced cell process flows being the main change in technology.

In fact, it is only as we move further down the pecking order for both module shipments and cell production that we start to encounter other PV-based technologies: higher volumes of p-type mono cells/modules, n-type niche offerings (whether back-junction or heterojunction, bifacial, or standard), or the few now left in the mix making thin-film panels.

Next up in our PV manufacturing and technology blogs will be the collective activities of the GW+ c-Si cell manufacturers, something that is analogous to the top-10 cell manufacturers listings that we will be talking on in much more detail at the end of this year.

Stay tuned for whether going this far down in the market-share standings will finally start to reveal anything other than the strong vote of confidence for p-type multi that our research studies have uncovered so far. And at what point p-type mono and n-type production starts making a meaningful impact on market shares of the various cell makers. 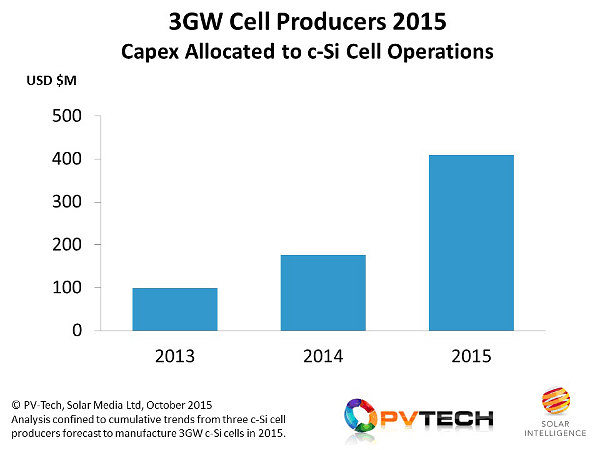 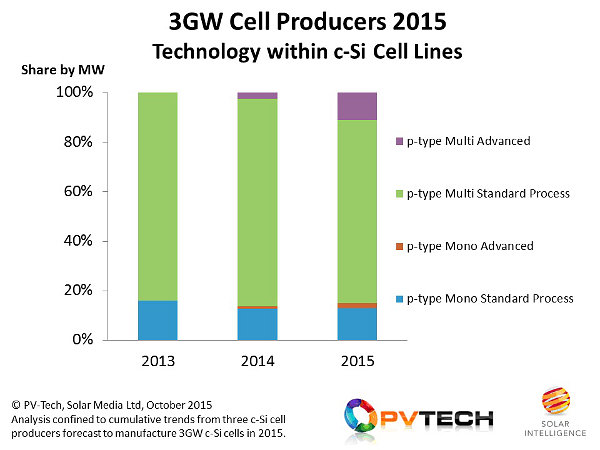