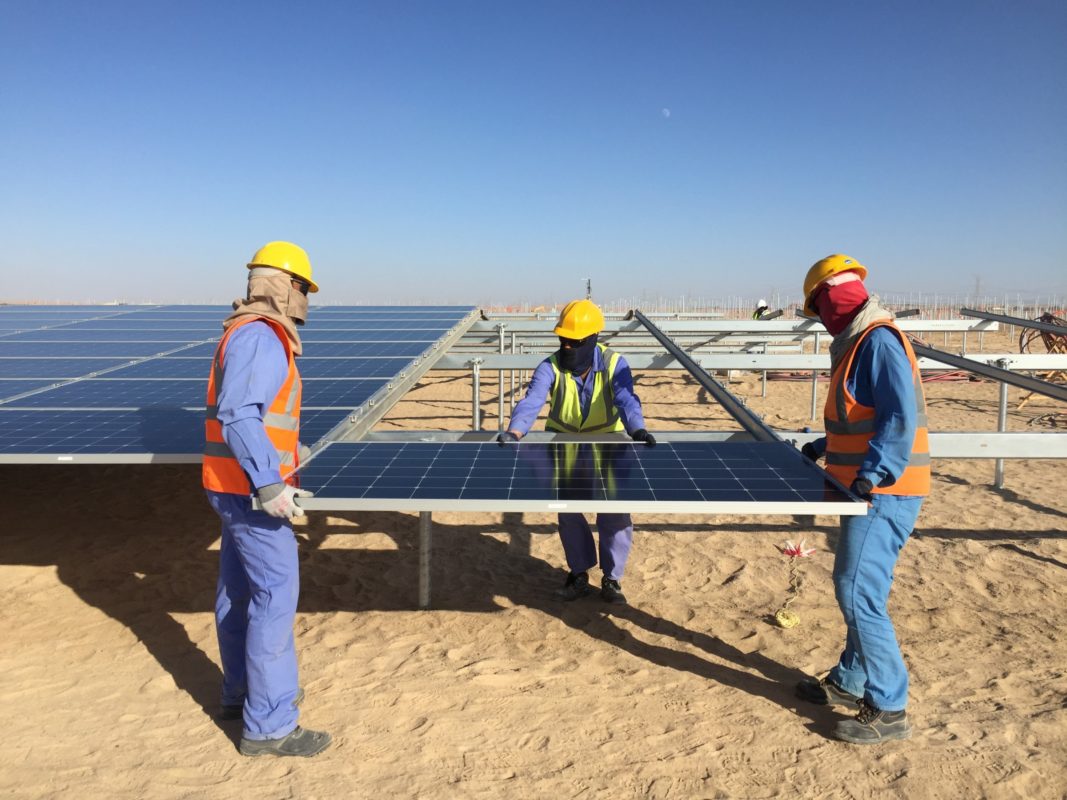 One of the largest single-site solar installations ever to be completed worldwide has started operations, less than three years after construction contracts were awarded.

The Japanese conglomerate was part of the three-firm consortium hired in 2016 to build the plant, together with JinkoSolar and the Abu Dhabi Power Corporation (AD Power).

The trio, which prevailed three years ago with a bid of US$0.0242/kWh, remain owners of the PV park. At 60%, AD Power’s share outstrips Marubeni’s and JinkoSolar’s (20% each).

The Emirates Water and Electricity Company is set to acquire all electricity generated by Sweihan, under a 25-year power purchase agreement (PPA).

Delivery of the 1.177GW plant was completed under the 23-month deadline and financed with loans from a syndicate of banks, including MUFG Bank and Norinchukin Bank.

In late 2017, as Sweihan lay mid-construction, PV Tech examined how the appointed EPC – Sterling & Wilson – was approaching the challenges that come with deployment on such large scale.

At the time, the firm explained the rationale for choosing a 1,000V architecture over 1,500V and opting for a dense layout, with all non-road gaps taking up one metre or less.