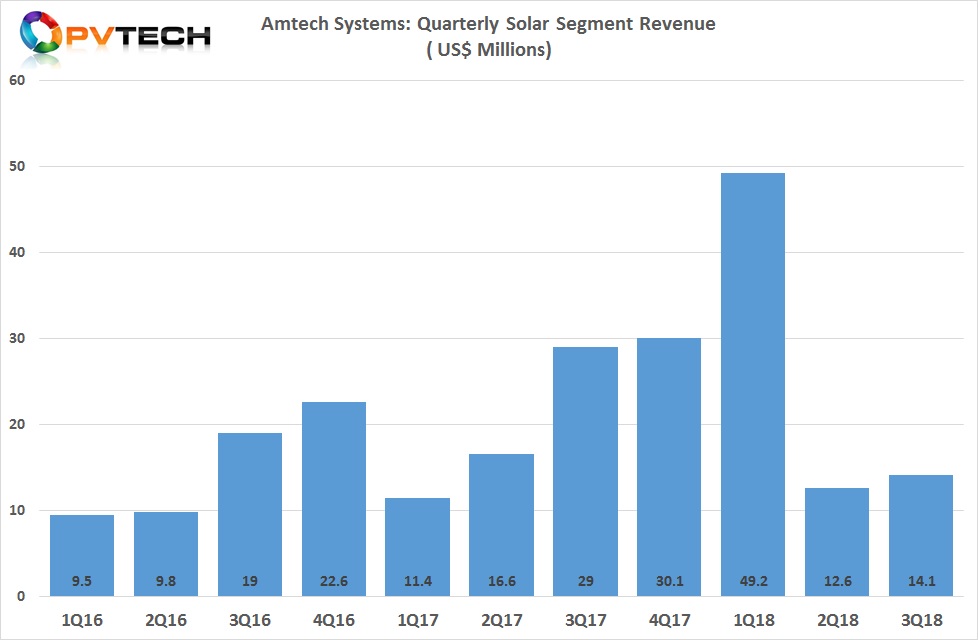 Fokko Pentinga, Chief Executive Officer of Amtech said, “In our solar business, recent changes in China's domestic solar policies have slowed cell capacity expansion plans.  However, we believe follow-on orders for the next phases of the large 1 GW+ turnkey project will be received in the next few quarters and look to participate in other selective growth opportunities as we serve core customers over the long term.”

Amtech said that the restructuring plan for its solar business segment included a reduction in its workforce of approximately 35-40 employees. In Amtech’s last annual report of September 30, 2017, the company employed a total of 455 people globally but sis not break-out employees by business segment.

The restructuring was said to lead to approximately US$0.6 million to US$0.8 million of related costs that would be recorded in its fiscal the fourth quarter.

The company also announced that it had sold its remaining 15% stake in solar ion implant equipment manufacturer, Kingstone Technology Hong Kong Limited for approximately US$5.7 million.

Amtech Systems reported solar segment revenue of US$14.1 million in its fiscal 2018 third quarter, compared to US$12.6 million in the previous quarter. 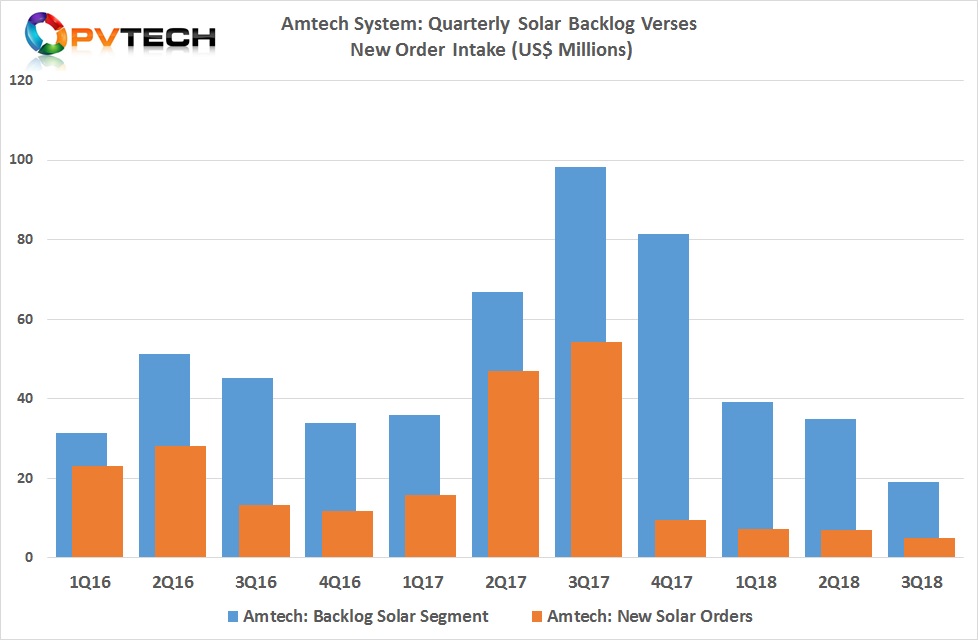 The company also highlighted that solar segment sales would be significantly influenced by the timing of future orders from an existing customer that had recently delayed a 1GW turnkey cell expansion in China.