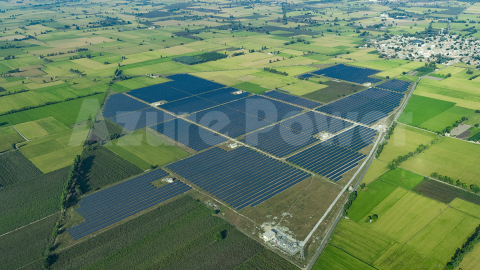 The project, won in an auction held in September 2017, was completed around 5 months ahead of the scheduled PPA operation date and this was also Azure's fastest commissioning of a large-scale plant so far. It has a 25-year power purchase agreement (PPA) with GUVNL at a tariff of INR 2.67/kWh (~US$3.9 cents).

Inderpreet Wadhwa, founder, chairman and CEO, Azure Power said: “With the early commissioning of this plant we have set a new record for the company on delivering projects ahead of schedule, once again demonstrating our strong project development, engineering, and execution capabilities. We are pleased to start selling lowest cost solar power in the state of Gujarat, approximately 23% cheaper than the recent average pooling price of power in the state, thus contributing towards the realization of our Hon’ble Prime Minister’s commitment towards clean and green energy, through solar power generation.”