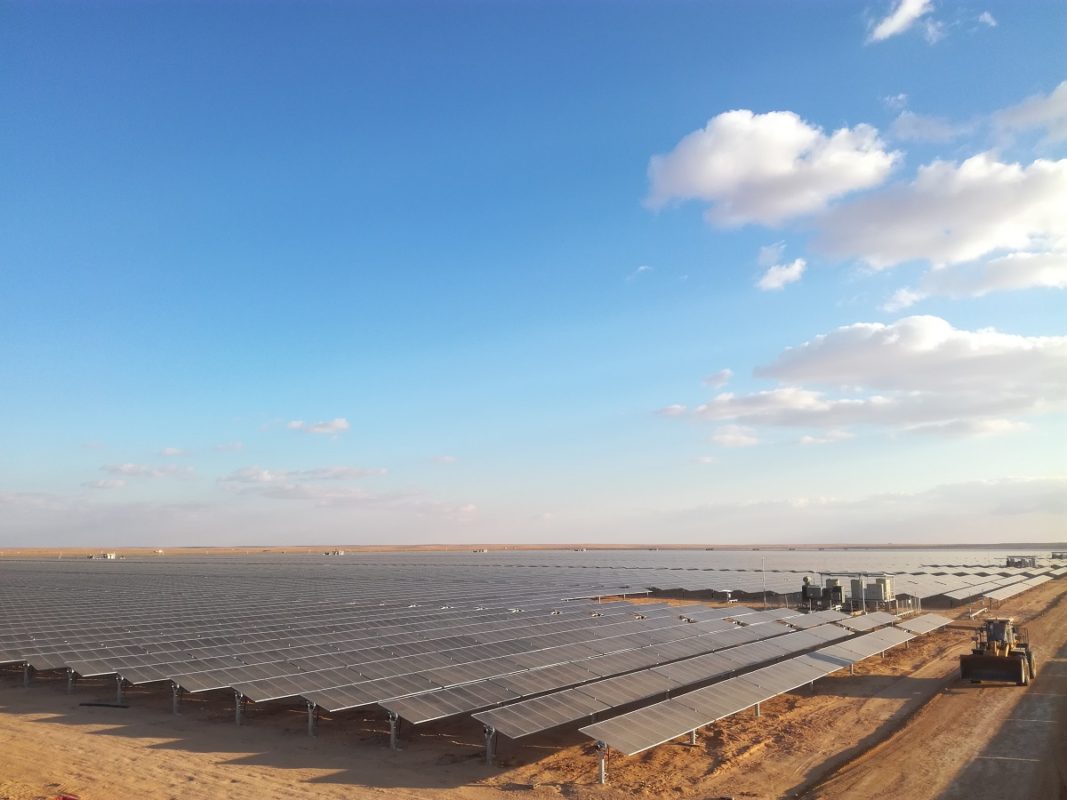 Some of the world’s top green energy players have tabled ultra-low bids under the second round of Saudi Arabia’s renewable energy programme, set to contract a 1.47GW all in all.

The kingdom's Renewable Energy Project Development Office (REPDO) recently identified the firms and consortia shortlisted to develop a slew of solar projects across the country, with some proposing tariffs below the 2-US-dollar-cent-per-kWh threshold.

At 600MW in planned capacity, the Al-Faisaliah PV project is the largest of the lot and will be either contracted to a consortium led by Saudi player ACWA Power, or a rival partnership led by United Arab Emirates-headquartered firm Masdar.

According to REPDO, the bids for Al-Faisaliah from either side were “extremely close”. The gap between the figures for levelized costs of electricity (LCOE) each had produced was, the government agency said, “within statistical margin of error”.

REPDO’s next step for the 600MW project will be to have the two consortia compete under a ‘best and final offer’ approach. The tendering results for this particular project will be revealed at some point in April 2020, the Office added.

The agency did shed light on the tariffs proposed for every other project under the round-two tender. From ACWA to First Solar, Marubeni and others, the shortlisted bidders (see table below) proposed a wide range of prices for PV schemes in the 20MW-300MW spectrum.

Held under the so-called National Renewable Energy Program (NREP), Saudi Arabia’s tenders are part of a plan to drive a renewable boom in the space of a decade. Previously floated targets would have the country reach major volumes of installed solar (40GW) and wind and others (20GW) by 2030.

The country – which relies on oil revenues to prop up national budgets – has recently seen sharp declines in reference barrel prices, as lockdown plans enacted due to the COVID-19 crisis forced downwards revisions of demand for the fossil fuel.

Analysts believe however that solar growth will be forthcoming, amid predictions the country will be one of a few global “growth engines” – installing 1-GW of PV every year – by 2024. NREP’s round-one already delivered the 300MW Sakaka PV plant, while round-three is set to unlock a further 1.2GW.

Winners of the NREP scheme will be rewarded with a 25-year PPA, featuring the Saudi Power Procurement Company (SPPC) as offtaker. In return, their solar installations will have to comply with a minimum 17% share of local content, as defined under Saudi law.

The solar bids of US$0.0162/kWh now being touted in Saudi Arabia mirror the tariffs of US$0.016953/kWh scored last October by a 900MW project in Dubai. The Middle Eastern solar milestones emerge after similar numbers were reported for PV tenders in Brazil and Portugal.

The Middle East has become a sought-after target among Asian solar makers, keen to supply an area seen as lacking domestic manufacturing firepower. From Huawei to Jolywood, Chinese players recently walked PV Tech (see links ahead for part one and two) through their moves in the region.

29 November 2022
PV ModuleTech EMEA in Madrid on 29-30 November 2022 will address the factors underpinning the changing PV module landscape, gathering together all the key stakeholders across the value-chain from module production to field testing. Join us for presentations from the leading players in the sector, clearly identifying the opportunities and challenges set to impact module supply to Europe and the Middle-East over the next few years.
acwa, masdar, middle east, national renewable energy program, nrep, renewable energy project development office, repdo, saudi arabia