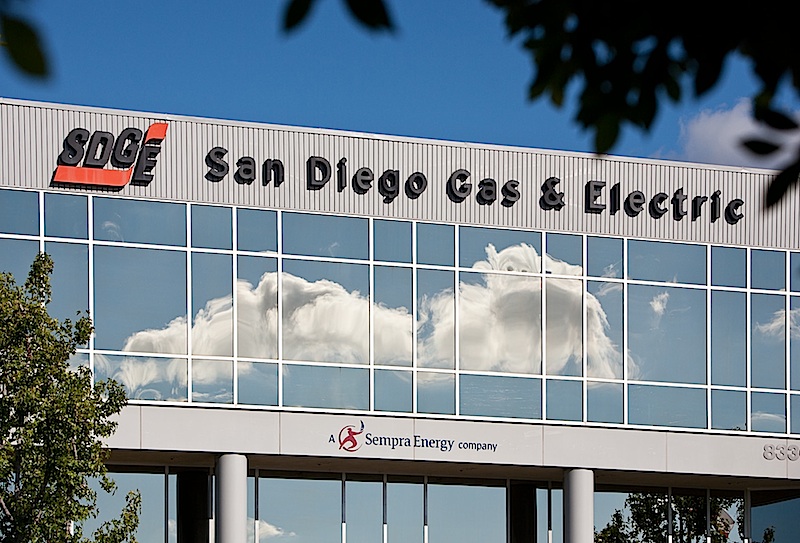 San Diego Gas & Electric (SDG&E) will likely surpass its cap on the number of rooftop solar systems that can sell electricity back to the utility under the net metering scheme– and will be the first utility in the state to do so.

As of yesterday, SDG&E only has 5.5MW remaining under the net-metering scheme before it hits its 5% cap, but there are still 2,389 applications representing 38.2MW in the queue.

As an investor-owned utility, SDG&E will likely hit its cap in the next couple of days. Therefore, it will be the first utility in California to enter NEM 2.0 territory, which kicks in after the 5% penetration mark is reached. This means that new, more expensive rules will come into effect with customers who want to use net-metering being obligated to pay a little more.

Pursuant to rules set by the California Public Utilities Commission (CPUC), NEM 2.0 comes with a successor tariff for new users. Once SDG&E hits the cap, those who want to use net-metering will have to:

“The terms of NEM 2.0 have already been negotiated and the final vote of the PUC will take place on 23 June,” said Michael Powers, co-founder of San Diego’s Stellar Solar.

SDG&E will offer NEM 2.0 once it reaches the 5% cap when its net-metered capacity hits 617MW. As of yesterday, it was at 611.5MW. This places SDG&E a little more than one year ahead of the calendar deadline set by the CPUC. California’s other investor-owned utilities are following close behind; Pacific Gas & Electric (PG&E) is just 305.05MW shy of hitting its cap with Southern California Edison only 595.9MW away as of last month.

Although the inevitable new rules are more expensive than the preceding programme, the solar industry has been positive in welcoming in the new regime, asserting that they do not think it will hinder the growth of rooftop solar in the state.

Bernadette Del Chiaro, executive director, California Solar Energy Industries Association (CalSEIA) told PV Tech that the industry does not “anticipate any significant slowdowns due to the new net-metering rules”, that will become standard in the next few days in San Diego.

“The California Public Utilities Commission did a good job of making the change to net metering small enough to not cause significant harm to the market while also addressing some of the utility’s concerns. It was a balancing act but one in which the California solar industry is primed and ready to step up to the plate and do its part to lower costs so that consumers feel no difference between the two different programs. If anything, we anticipate a return to growth as more consumers realize that NEM 2.0 isn’t a threat to the economics of solar and that now is just as good to go solar as ever,” she said.

Furthermore, Stellar Solar’s Powers concurred – telling PV Tech that the new scheme is very much similar to the previous one; especially as the one-time interconnection fee is likely to be absorbed by most solar firms. “Changes to the net-metering programme will be minimal, so we expect to continue with business as usual,” he said.

“Here in California, rooftop solar consumers will now be required to pay a small fee to help maintain the power grid itself, which we consider fair,” he added.

Future of net-metering in California

However, an entirely separate issue concerns how municipal utilities unfairly disadvantage customers within their jurisdiction as they are not required to continue offering net-metering after the 5% mark has been reached. In fact, a few municipal utilities have hit their caps and ended net-metering altogether – replacing it with other rate designs that are less favourable to rooftop solar.

“SDG&E hitting the 5% penetration mark shows that California ratepayers continue to have a strong appetite for clean, self-generated electricity,” a spokesperson from The Alliance for Solar Choice (TASC) told PV Tech. “Moreover, California's move to uncap net metering highlights the state's ongoing commitment to provide an environment where solar can grow and thrive.

“Unfortunately, not all Californians have equal opportunities to go solar. Customers in municipal utility areas are subject to more restrictive solar limits than investor-owned utility customers because of methodology tricks. The state must act to level the playing field and allow all Californians to have the same access to the solar they clearly want.”