PV module nameplate capacity by around 26% in 2019, despite the high-end of new shipment guidance increasing by 18%.

Canadian Solar has updated its manufacturing capacity levels reached in 2018, as well as revising upwards expansion plans for 2019. 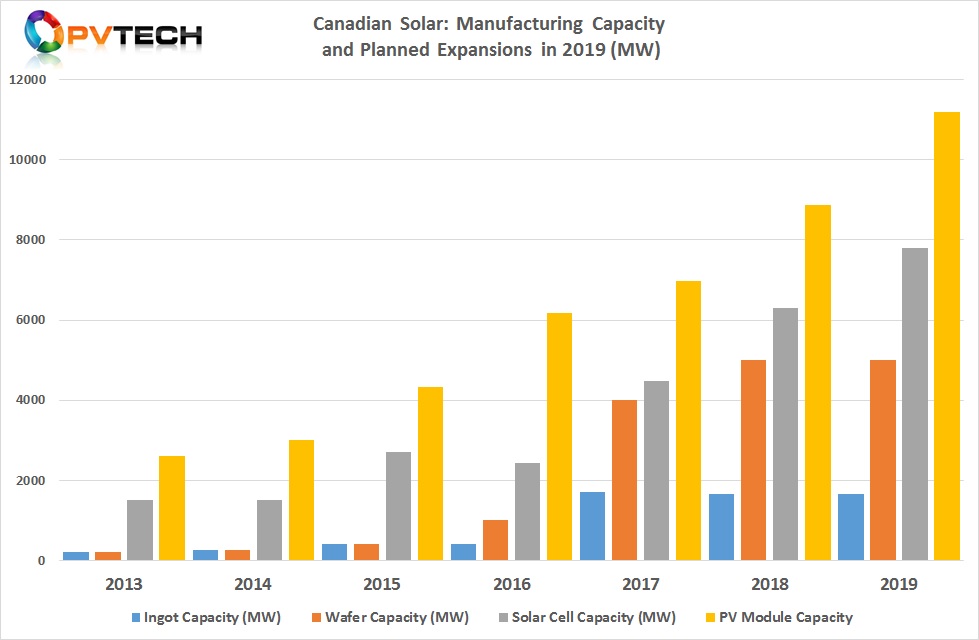 Both ingot and wafer nameplate capacity was guided to remain unchanged in 2019. With overcapacity rife for multicrystalline ingot/wafers as the likes of LONGi Green Energy continues to expand high-efficiency monocrystalline capacity to a targeted 45GW in 2019, Canadian Solar is benefiting from lower multicrystalline wafer prices from long-term supply partner, GCL-Poly, negating any need to add capacity themselves.

However, the biggest change is for module assembly capacity to increase to 11,200MW in 2019, compared to previous guidance of an expansion to 9,640MW in 2019. 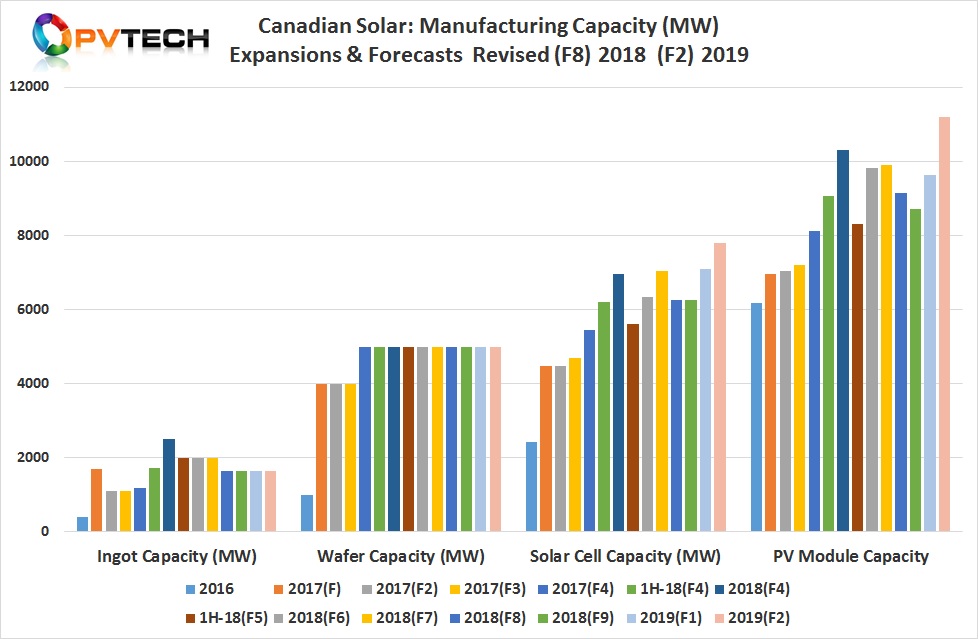 However, Canadian Solar has guided total module shipments to be in the range of approximately 7,400MW to 7,800MW in 2019. This means that utilisation rates could decline to around 70% at the high-end of guidance or decline to around 66% at the low-end of the 2019 shipment guidance.

Despite the expected lower average module assembly utilisation rates, Canadian Solar is only the third PV manufacturer to announce plans to take annual nameplate capacity beyond the 10GW milestone.

JinkoSolar is expected to shortly confirm its module assembly annual nameplate capacity had reached around 10.8GW at the end of 2018, while further expansion announcements are expected when it also reports its 2018 financial results.

The third company is LONGi Solar, which PV Tech recently reported that its commissioning of the first phase (2.5GW) of a 5GW module assembly expansion would result in the company having at least 13GW of nameplate capacity in 2019, and had become the largest module manufacturer, from a capacity perspective.