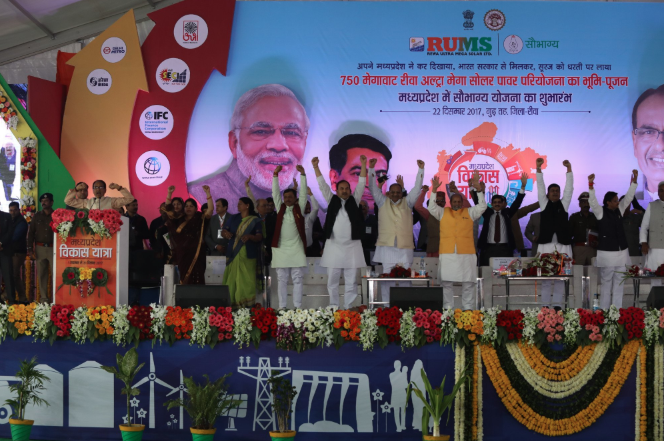 A ruling by India's central electricity regulator that categorises the solar safeguard duty as a 'Change in Law' for various PV projects developed by local firm ACME Solar could act as a yardstick for future cases, according to the company president and an industry analyst.

The petitioner, ACME, had claimed that the imposition of the safeguard duty on cell and module imports from China, Malaysia and developed countries, has raised the planned costs of its PV projects at Rewa Solar Park, in Madhya Pradesh, and at Bhadla Solar Park, in Rajasthan.

The Central Electricity Regulatory Commission (CERC) ruled that as ACME had entered into agreements over its projects prior to the duty imposition, it should be compensated by the procurers Solar Energy Corporation of India (SECI) and three Rajasthani distribution companies. While it set out a 15-day deadline for reconciliation and 60-days for payment, CERC did not accept ACME's claim for carrying costs incurred since the date of the duty impact.

Precedent for central and state rulings

Sandeep Kashyap, president, Acme Solar, told PV Tech that not only would this first ruling on the safeguard duty by CERC “be a precedent” for future CERC decisions, it would also set the tone for decisions by state regulators going forward, as long as the PPA terms are similar.

Vinay Rustagi, managing director of consultancy firm Bridge to India, also told PV Tech: “The CERC ruling does set a very useful precedent for the sector, but 'Change in Law' provisions are not consistent across different PPAs. So a different conclusion would still need to be reached in individual cases depending upon specific drafting.

“The other issue is whether the Discoms, being as hard-pressed as they are, would be able to find the money upfront to bear the extra cost.”

As both sets of projects were won with historically low tariffs, including 2.44 rupees (US$0.035) per unit in Rajasthan, the ruling will be of great relief to ACME. The firm's founder Manoj Upadhyay once admitted to the Financial Times in November 2017 that he regretted making such a low bid at the Bhadla Solar Park, however, since then, module prices have returned to their fast downward trajectory and this week's CERC ruling will have further aided Upadhyay's cause.

Despite Rustagi's warning over Discom payments, Kashyap was optimistic about the clear payment terms and timeline set out by CERC: “The order is quite straight this time without any ambiguity in terms of how much time Discom or anybody else will take to reconcile payment with the target given.”

Ever since the safeguard duty was enacted, project developers who had signed PPAs without yet buying modules for a PV project, had been seeking assurance from the government that they would be relieved from the tax. While members of the Ministry of New and Renewable Energy (MNRE) consistently said that such firms would be given a pass-through, the industry waited for something concrete in written format. There had also been fears about compensation delays, in the same way that many companies have had to wait for compensation on another infamous tax that hit the PV industry, known as the GST. Such issues impacted investor confidence last year.

While CERC's ruling should dilute the fears of other developers petitioning for compensation, the state regulator in the state of Maharashtra (MERC) had already made a favourable ruling in April. In that case, the developer was told to return to the commission once it had paid the duty in order to start the compensation process.

ACME was also recently involved in a dispute with Chinese supplier CSUN in a case that led MNRE to blacklist the Chinese firm.

See here for the CERC order.