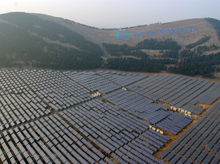 China is likely to commission more high-quality, large-scale solar plants in 2017 than standard ones, according to an analyst with Bloomberg New Energy Finance (BNEF).

The so-called Top Runner programme’s multi-GW tenders are only open to projects using higher-efficiency modules and that commit to achieving a higher performance ratio.

“In the second half of 2015 the government announced the first batch of top runner projects. It was 1GW and they were all commissioned in the first half of 2016. Then the second batch was released in June 2016, that was 5.5GW of capacity. These were awarded via an auction and a lot of low prices emerged in these auctions. We expect this volume to be increased in 2017 or 2018. It is quite possible that in 2017 the quota for Top Runner projects could be larger than for regular utility projects,” BNEF analyst Yvonne Yujing Liu told PV Tech.

Liu explained the reasoning behind the programme with its targeted impacts felt in both the upstream and downstream sectors.

“China has been a manufacturing hub for PV and has more than 80% of global module capacity. The government wants to provide a larger market for the higher efficiency products because if they do not provide an incentive, it would be concerned that the high efficiency products would not be selling well and that the manufacturers may not invest in R&D,” she said.

Thirdly, Liu said it was her personal opinion that Beijing was also keen to see consolidation among utility-scale developers to streamline the ecosystem and encourage smaller players to move into the smaller-scale sector where take up of PV has been more sluggish.

The next issue of PV Tech Power will take an in-depth look at the impact of Top Runner in China and beyond. It is available to for free here.