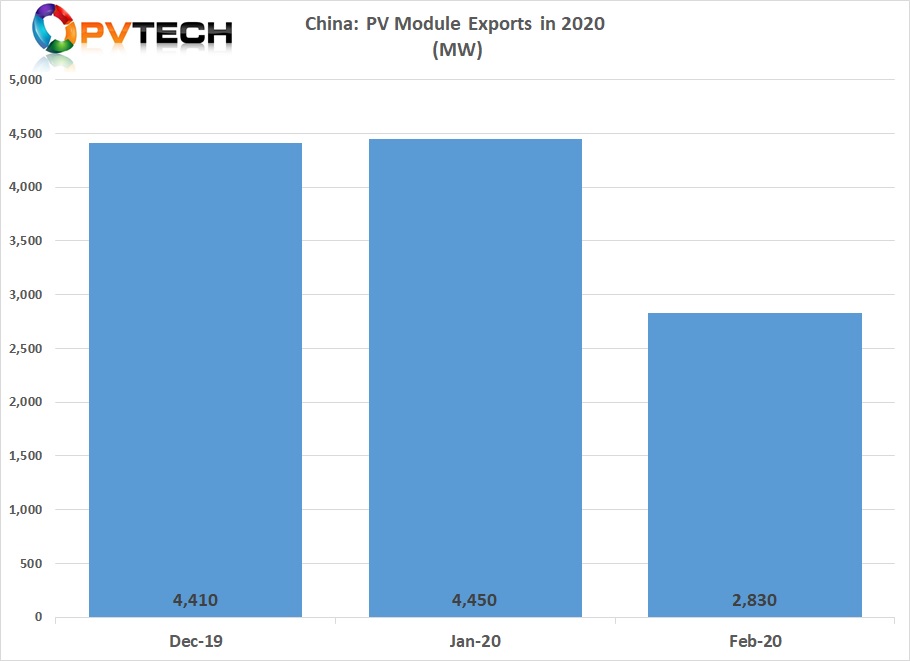 As expected, the extension of the Chinese New Year due to the COVID-19 crisis and restrictions to travelling and manufacturing re-starts had a sizeable impact on PV module exports from China in February, according to the latest official figures.

Solar component shipments were up slightly in January from the previous month, which stood at around 4.45GW, yet were down 35% from around 6GW in the prior year period.

However, export data for February 2020 indicates a 57.2% drop month-on-month, rising to a decline of nearly 30% year-on-year. Export volume in February was only around 2.83GW.

The export volume of ten major PV manufacturers accounted for around 83% of the February 2020 export data, or approximately 2.35GW.

Recently in reporting fourth quarter and full-year 2019 financial results, JinkoSolar noted that COVID-19 had been attributed to an estimated 400MW to 500MW of PV module shipments being delayed from the first quarter of 2020 to the second quarter. The company also noted that its current capacity utilisation rate has already returned to 100%, recently.