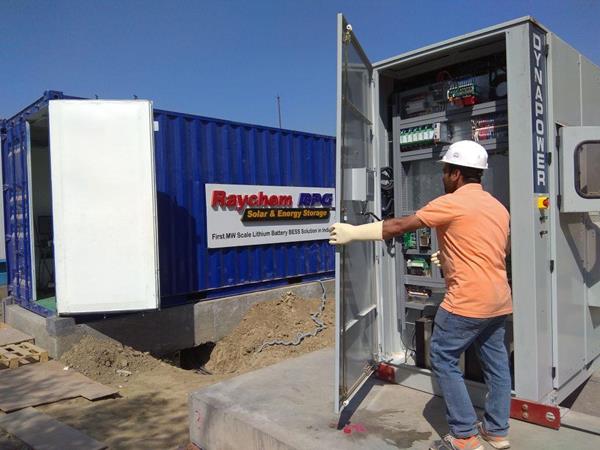 The distributed generation microgrid at the facility of CEL, a firm that manufactures solar cells and modules, combines solar and diesel gensets alongside energy storage connected to the grid.

While grid-tied, the commercial and industrial (C&I) microgrid can perform frequency regulation, PV smoothing and peak shaving to curb CEL’s electric bills, but it is also able to offer an “islanded” grid forming mode in the case of a grid disturbance.

Ramani Kasi, president and CEO of Raychem RPG, said: “Dynapower’s differentiated technology such as its patented Dynamic Transfer as well as their agile business model, unique positioning in the C&I segment (offering both inverters and fully-integrated systems) as well as their focus on solutions and aggressive growth mindset aligns perfectly with the Raychem RPG business model.”

Peter Pollak, Dynapower CEO, added: “For over 50 years we have deployed our power electronics around the world and pioneered the development of energy storage inverters, including the first UL-1741 listed smart inverter. We are excited to bring our technology and know-how to India as well as the SAARC countries as part of the agreement.”

Technology provider ABB recently inaugurated a microgrid solution at its Vadodora manufacturing facility in Gujarat – said to be the first of its kind in India.