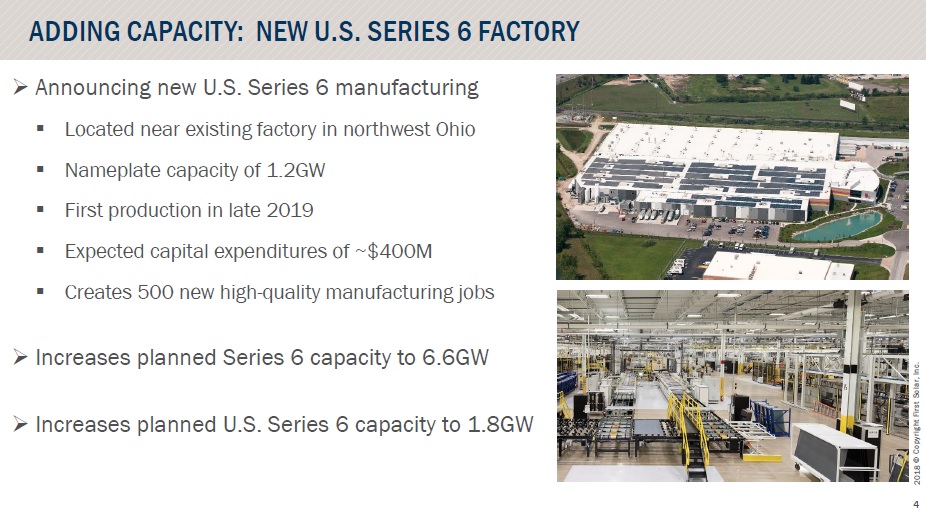 Initial module production is expected in late 2019 and is expected to cost around US$400 million, while creating around 500 new jobs.

However, in May, 2018, ‘Silicon Module Super League’ (SMSL) member Hanwha Q CELLS announced plans to build a PV module manufacturing plant in Whitfield County, Georgia, with a capacity that would exceed 1.6GW.

September 21, 2021
A round-up of the latest news from the US PV sector, including project developments from Ørsted, Candela Renewables and CEP Renewables.